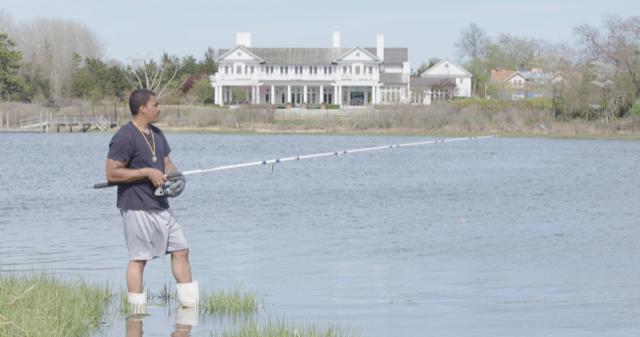 "Conscience Point" documents an almost two-decade-long battle for preservation by the Shinnecock Indian Nation and raises questions of land ownership, environmental use, and income inequality in Southampton, a place of great wealth and privilege.
By Jennifer Landes

Although it's not even Labor Day yet, the Hamptons International Film Festival is already preparing for its big event over Columbus Day weekend. On Friday, the festival announced its opening night film, "Just Mercy," and a group of other high profile films it plans to screen this year.

Other films to look out for are "Ford v. Ferrari," the Saturday Centerpiece film directed by James Mangold, and the world premieres of Treva Wurmfeld's "Conscience Point," Ben Steele's "In Memorium," Mark Landsman's "Scandalous," and Anthony Baxter's "Flint."

The festival also announced that Alfre Woodard will participate in the festival's A Conversation With . . . series in support of her film "Clemancy," directed by Chinonye Chukwu. In the movie, she plays a prison warden dealing with the stress of death row executions.