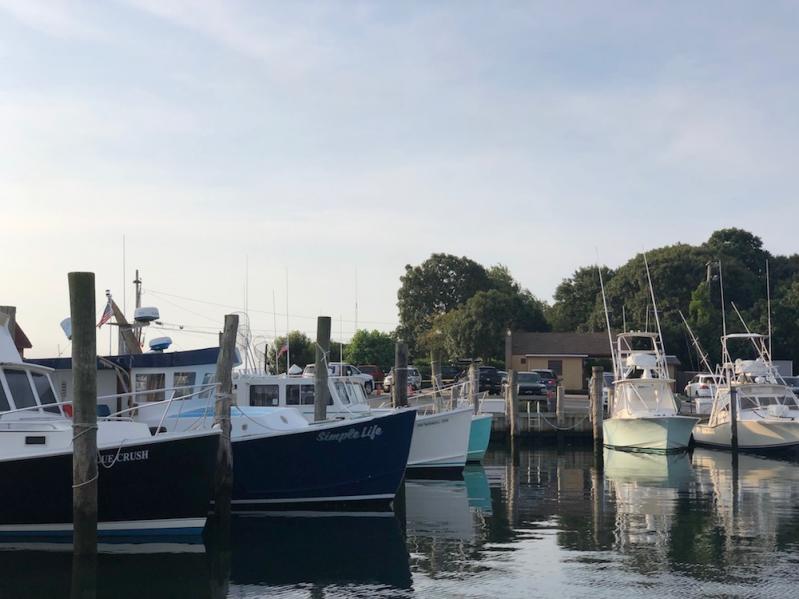 A man was found dead in his truck in the parking lot of Montauk Marine Basin Thursday morning.
Bryan Lapidus
By Taylor K. Vecsey

Update, Aug. 27: East Hampton Town police identified the man, who was found dead inside his pickup truck in Montauk on Thursday, as Paul Ramirez. The. 52-year-old lived in Pennsylvania. They believe he suffered  medical event while parked in the parking lot at the Montauk Marine Basin.

Originally, Aug. 22: East Hampton Town police are investigating the death of a man in the parking lot at the Montauk Marine Basin on Thursday morning.

A man in his 50s, who lives out of town but keeps a boat in Montauk, was found inside of his pickup truck at about 7 a.m., Detective Sgt. Dan Toia said. Police are withholding his name pending notification to his family.

The death is not suspicious, the detective said. "There was no overdose, no suicide," he said, adding the man may have suffered a medical event.