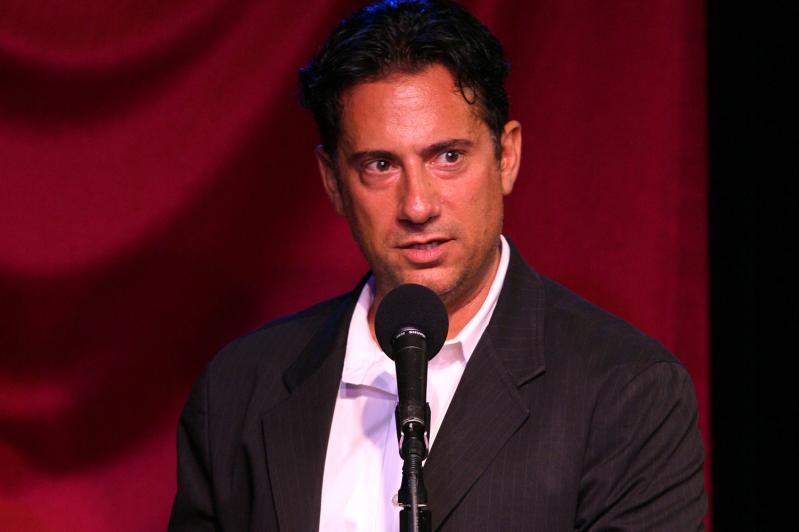 Eugene Pack created the long-running and ever-changing “Celebrity Autobiography,” which will return to Guild Hall for two performances on Friday, Aug. 23.
By Mark Segal

Philip Glass, Alan Alda, Mo Amer, Lewis Black, and Susan Lucci are a few of the notable performers who are bringing their talents to Guild Hall this week. Mr. Glass, one of the most influential American composers of the last 50 years, will perform two concerts of recent compositions for solo piano and new arrangements of some of his classic pieces on Saturday and Sunday at 8 p.m. Anton Batagov, a Russian pianist and composer, and Jenny Lin, a Taiwanese keyboardist, will join him. Tickets are $65 to $200, $60 to $195 for members.

According to the Urban Dictionary, the first rule of being a badass is that “a badass does not talk about being a badass. Period.” Mr. Alda and Laura Brown, editor in chief of InStyle, a fashion media brand, will undoubtedly have their own ideas when they discuss the subject at Guild Hall during “How to Be a Badass” on Tuesday evening at 8.

During their conversation, which will be recorded for Mr. Alda’s Clear + Vivid podcast, they will consider being a badass within the broader context of how people use style to communicate who they are. Ms. Brown, as the developer of the “InStyle Badass Women” platform and such events as the Golden Globes party, should know. Tickets are $20 to $50, $18 to $45 for members.

Mo Amer, an Arab-American standup comedian and writer of Palestinian descent, will perform at Guild Hall next Thursday at 8 p.m. Known for his work with the comedy troupe “Allah Made Me Funny,” Mr. Amer blends observational humor, political satire, and race-related material.

His sold-out shows worldwide have included performances at the Royal Albert Hall and Hammersmith Apollo in London, Acer Arena in Sydney, Nelson Mandela Theatre in Johannesburg, and Shrine Auditorium in Los Angeles. He is the first Arab-American refugee comic to perform for U.S. and coalition troops overseas. Tickets are $25 to $50, $23 to $45 for members.

Every August, Guild Hall offers a consolation prize to those whose hopes for celebrity-spotting have been frustrated. “Celebrity Autobiography,” an award-winning Broadway show created by Eugene Pack and developed by Mr. Pack and Dayle Reyfel, features a few celebrities of its own, who in turn act out excerpts from the writings of the rich and famous.