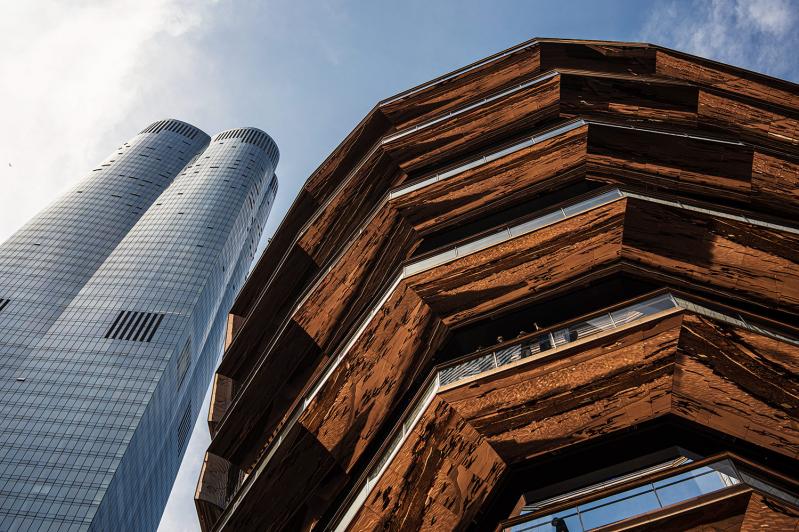 The Vessel, the interactive sculpture at the center of Hudson Yards, is flanked by an 88-story residential tower.
Photos by Jeremy Warshaw
By Jamie Bufalino

My day trip to Hudson Yards was meant to be a sojourn filled with schadenfreude. After having read numerous derogatory reviews of the commercial, residential, and cultural complex that opened on the far west side of Manhattan in March, I was eager to see the debacle up close.

I wanted to puzzle over the office towers and high-rise apartment buildings that lacked “any semblance of human scale” (The New York Times); scoff at the site’s Dubai-like artifice (The Washington Post); roll my eyes at the luxury stores in the 720,000-square-foot shopping mall (“a nice airport terminal,” according to The New Yorker), and mock the Vessel, the beehive-shape sculpture several wags had compared to a hunk of shawarma or a waste basket.

I was intellectually prepared to dislike it all, but, once I was in its midst, my emotions overwhelmed reason. The futuristic micro-neighborhood provided a visceral thrill.

Plate-glass skyscrapers are not a novelty in the city, but the ones that encircle Hudson Yards seem more impressive because they serve as a line of demarcation between the tenements and brownstones of Chelsea and Hell’s Kitchen and this pocket wonderland. 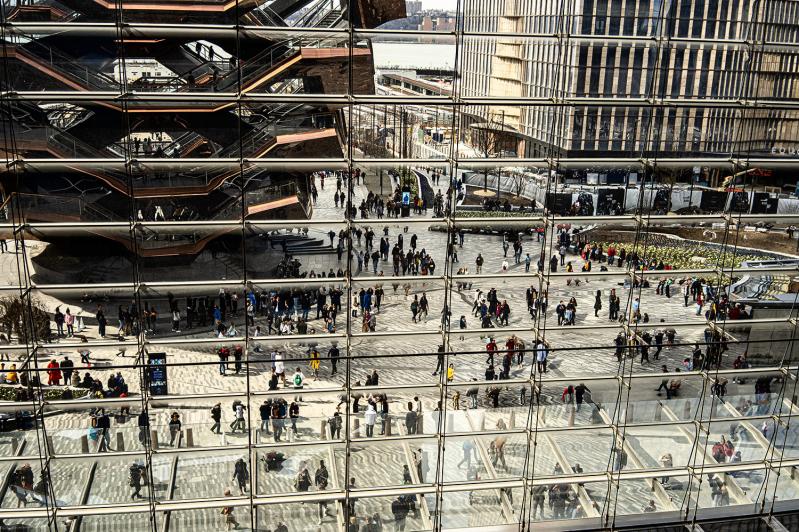 The Shed arts center is a sort of architectural cyborg: a squat building on wheels and with a retractable outer shell that allows for multiple uses. It is the only structure on site that has received nearly universal praise for its beauty and innovation, but as a sci-fi fan, I liked it mainly because it looked like starships might zoom out of it at any moment.

And then there is the glorious, gleaming Vessel. The 150-foot-high copper-colored interactive sculpture is the centerpiece of Hudson Yards. With 154 connecting flights of 2,500 steps and 80 landings from which to take in city views, the artwork is designed to be climbed. Naysayers have called it a staircase to nowhere, but they’re missing the point. 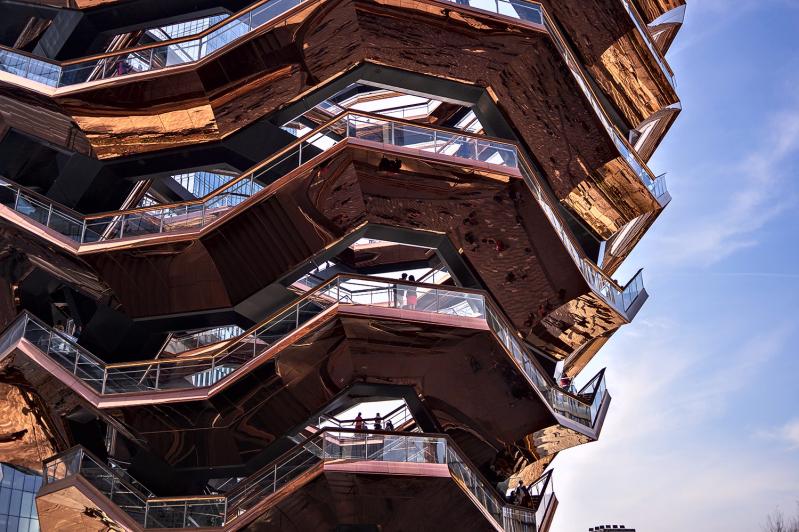 The Instagram and Fitbit-centric attraction is a people-pleaser. On the sunny spring day that I visited, a crowd had gathered in the plaza around the Vessel, and a festival-like atmosphere pervaded the space.

Like them or not, tourist attractions are an integral part of every major city: The Eiffel Tower is now festooned with blinking lights, and there is a ferris wheel (the Coca-Cola London Eye, to be exact) on the south bank of the Thames. New Yorkers could do much worse. 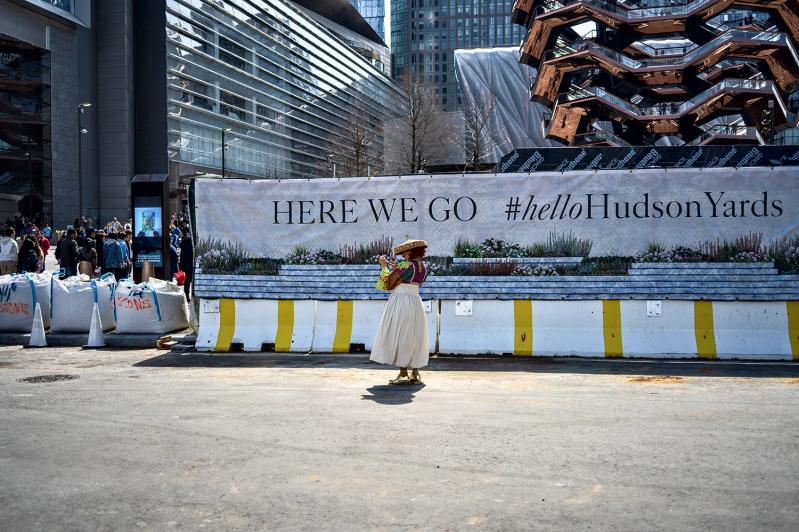 As for the mall or “vertical retail” space, as the Hudson Yards developers prefer to call it, what is there to say? The last thing New York (or America for that matter) needs is more places to shop. You don’t eve­n have to enter the mall to have it negatively impact your experience of the plaza. The massive logos in the windows are reminiscent of the creepy billboards in “Blade Runner.”

Of course, if, as I did, you decide to go back at night to check out the Vessel one more time, you should know that the Van Leeuwen ice cream store on level three is open until midnight on Fridays and Saturdays.

Jamie Bufalino is a reporter for The Star who lived in Manhattan for 27 years before moving to Springs in 2014.