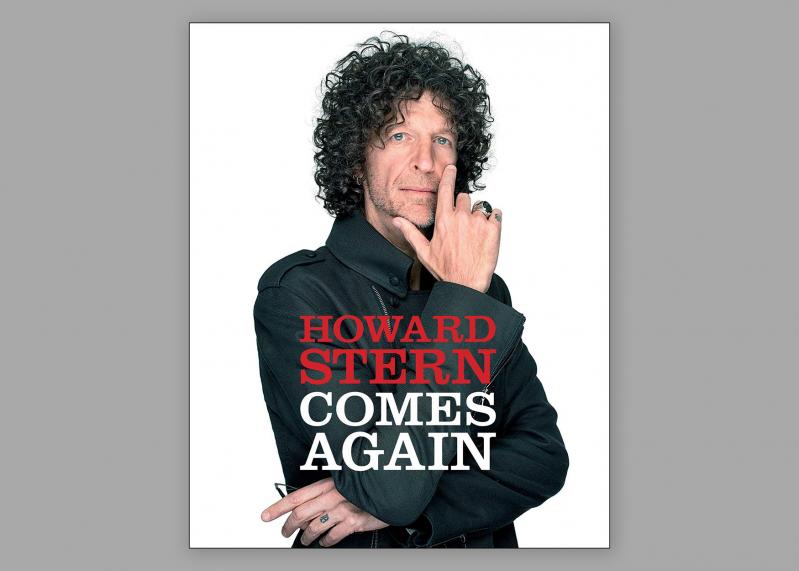 There was a time, before podcasts became engrossing and ubiquitous, when being a satellite subscriber seemed absolutely necessary. With little else as diversion on a long drive, finding a long interview just beginning on the Howard Stern station was like an oasis in an audio desert.

It has been an open secret for some time that Howard Stern is one of the best, if not the best, interviewer in America, depending on who is doing the ranking. The shock jock, who at 65 is now eligible for Medicare, has mellowed with age and, as he admits, has learned to make his interviews much less about himself and more fully about his guests.

These have included practically every cast member of “Saturday Night Live,” recording legends such as Jay-Z, Madonna, Lady Gaga, Paul McCartney, and Neil Young, most comedians, actors both serious and comedic such as Jane Fonda, Robert Downey Jr., Maggie Gyllenhaal, and Melissa McCarthy, and media personalities such as Rachel Maddow, Katie Couric, Dan Rather, Anderson Cooper, etc. The total number is now in the thousands.

Still, it was a jolt to be driving to lunch one day and hear Terry Gross say her guest on “Fresh Air” would be Mr. Stern, a longtime Southampton resident. After she acknowledged she was a listener (Ira Glass, of “This American Life,” another public radio staple, has said he too is a follower of the show; Mr. Stern admitted, however, that he had never heard of her before she booked him), they discussed his life and his new anthology of interviews, “Howard Stern Comes Again.” It was riveting, hearing these two titans going at it, and I took the whole hour to eat my sandwich and listen at the beach. There was even a part two the next day.

Although Mr. Stern has mellowed, he has not completely shed the 12-year-old boy humor and high jinks that have been at the core of his brand since he began radio broadcasting decades ago. He is not shy about asking his guests about their bodily functions, (op. cit., Kardashians, p. 163), their measurements, bra size to athletic cup (practically everyone), and intimate details about their sex lives (Dunham, p. 288, Paltrow, p. 340, et al.).

But he also wants to know who these people are, what drives their creativity, how they deal with success and fame, what their family life is like, what their greatest fears and joys are — i.e., pretty much what anyone else might ask or want to know.

He calls his new style of questioning “the dinner party approach,” and he said his goal is to have more women on the show. A father of three now-adult daughters, he said he wanted to change his traditional male listeners’ view of the opposite sex. “I’d like them to see a woman like Gwyneth [Paltrow] as a human being and not just some hot chick they watch in movies.”

He also has something most interviewers don’t have — time and an audience. Celebrities typically hide behind publicists who negotiate very narrow parameters for questions and time. Magazines and television programs have acquiesced over the years, because the bigger the name, the higher the sales or viewership. Commercials keep the broadcast interviews short and superficial. The typical talk show interview consists of one pre-digested story and then a plug for whatever project that guest is promoting on that visit.

The Stern show is different. Depending on the guest, some negotiation goes on ahead of time. But then the subject sits down on his couch, often for an hour or more, commercial-free and without interruption. In this environment, they grow to feel comfortable and do not want to disappoint Mr. Stern. Walls crumble for those naturally reticent, and boundaries are pushed and exceeded for those who feel confined in more traditional media environments.

Publicists still lurk in the background, attempting to shut down certain topics, but the guest frequently shakes them off, relishing the opportunity to “get real.”

As an intermittent satellite subscriber, my favorite question from the interviews I’ve heard over the years was to Woody Harrelson while he was describing a visit to Paul McCartney’s house in Amagansett. Mr. Stern interrupted him, as he does frequently to draw out a question or get a laugh, to ask what Mr. Harrelson did when he “wanted a Snapple.” Did he ask Sir Paul, was there a servant, or did he walk over to the fridge and help himself?

I don’t recall Mr. Harrelson’s answer. What was funny, revealing, and unique was the question, a mark of Mr. Stern’s humor and agility as an interviewer. If his listeners could imagine themselves in Sir Paul’s house, they could also see themselves in that exact situation. Even as a now-sheltered multimillionaire, Mr. Stern will always possess the point of view of the Everyman.

The show’s other compelling feature is its intimacy. My guess is most satellite subscribers listen only in their car, where the high-definition voices fill the space as if they are along for the ride. When the interview starts, the stakes are high, but everyone is in it together, like the lyrics of Fountains of Wayne’s “Sick Day”:

“They’re all . . . laughing at the voice on the crackling radio station / Lead us not into Penn Station / ’Cause the best part’s just begun / We’re all becoming one again.”

How does it translate into a book? Exceedingly and surprisingly well. After hearing about it through “Fresh Air,” I looked forward to it, but also had doubts. Some of the interviews I had heard previously, and wouldn’t there be some lack of immediacy in the printed word?

Not so much. The interviews have been edited down for the best parts, but remain layered with a palpable rhythm. Mr. Stern has chosen many long discussions, with a preponderance from the last decade and a good balance of personalities.

Then there are chapters of short takes from other interviews focused on topics such as “Sex and Relationships,” “Money and Fame,” “Drugs and Sobriety,” and “Religion and Spirituality.” In “Gone Too Soon,” friends and colleagues reflect on the deaths of people, like Robert Plant on Jon Bonham, Jada Pinkett Smith on Tupac Shakur, Martin Short on Gilda Radner, and quite a few others.

Everyone is likely to find some clinkers in the mix, and I had a few. The Steve Martin interview, maybe because of his friendship with Mr. Stern, was long and not terribly interesting. Billy Joel, I am just not that interested in, or for that matter, Ed Sheeran. If it were a show, I would have listened, because it is more of an event live, but on the page, it was not as compelling. One surprise was Bill O’Reilly, from 2003, who was diverting as a good sparring partner for the host.

Since so many of his Donald Trump interviews have been dissected by the media over the past several years, here there are excerpts from the many, many times Mr. Trump was on the show. With the headings “And Now a Word From Our President,” the entries start in 1995, or “20 years, 11 months, and 30 days until the election,” as the book duly notes, and end on Aug. 25, 2015, a couple of months after he formally announced his candidacy and the last time he appeared. There’s something cringe-worthy in each, whatever your political persuasion or opinion of the president.

In the introduction, Mr. Stern explains the book’s origin and offers some revelations of his own — not the regurgitation of messy personal details that he has gleefully engaged in over the years, but a more serious reflection on his mental and physical health and how years of analysis have brought him a new level of maturity.

No matter what people have thought of him, Mr. Stern’s focus has always been on his listeners and offering programming to please them. It’s evident in the engaging layout of the book, with pull quotes, text separated into columns graphically as if in a magazine, intros to each interview that offer insights into what each meant to him, and pages marked so that specific interviews are easy to find.

It can be a daylong commitment as a beach read or picked up intermittently as one might do in a powder room, likely to his delight.

Whenever an interviewee addresses the same topic or event as another guest, a bullet point indicates a page number where the other guest’s comments can be read. Not many people would think of that or be so accommodating. That is the Stern touch.

Ultimately, his fans love him because he’s a mensch, and his latest book, the one he is most proud of, has been designed to please him by pleasing them (us).