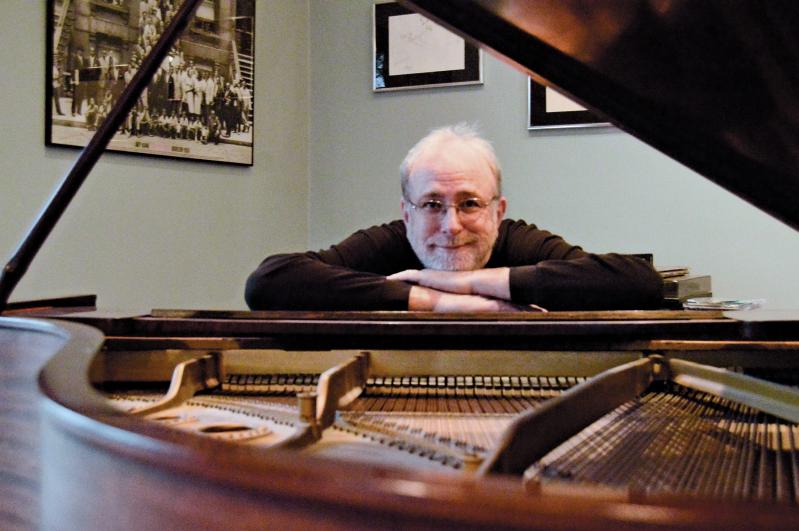 The pianist Bill O’Connell, who has performed with greats including Sonny Rollins, Chet Baker, Gato Barbieri, and Astrud Gilberto, will play at the Arts Center at Duck Creek in Springs on Saturday.
By Christopher Walsh

Bill O’Connell, a pianist who lives in Montauk and Rockland County, is one of very few non-Latinos to make significant contributions to the Latin jazz movement. He is also known for his compositional skills, having written for both his own recordings and many of the greats with whom he has worked, among them Mongo Santamaria, the Latin jazz flautist Dave Valentin, Gato Barbieri, and Jerry Gonzalez, of the seminal Fort Apache Band.

He has also performed or recorded with names common even to the casual fan, including, for a year, Sonny Rollins, and, for around six months, the trumpeter and vocalist Chet Baker. “I caught him in a good time in his life,” he said of the enigmatic Baker, who apparently fell to his death from a hotel room window in Amsterdam in 1988. “He was playing great. It was inspirational.”

Saturday’s performance at the Arts Center at Duck Creek in Springs will be one of many on the South Fork for Mr. O’Connell this summer. The Bill O’Connell-Steve Slagle Band, featuring Mr. Slagle on saxophone, Jon Menehon on bass, and Claes Brondal on drums, will play from 5 to 7 p.m. He will return to Duck Creek on Aug. 24, this time with the trumpeter Alex Sipiagin, Santi Debriano on bass, and Mr. Brondal on drums. Between those dates, he will perform at the Montauk Library, on July 10 at 7 p.m., and, on some weekend evenings in August, on the patio at Gosman’s restaurant in Montauk. He recently performed at 668 the Gig Shack, also in Montauk, and is a semi-regular at the weekly Jazz Jam at Union Cantina in Southampton.

“Traveling has always been a part of the jazz life,” the Port Washington native said recently. “I’ve been to Europe many, many times. I’ve been to the Far East — especially the last couple of years it seems like every summer. You see the world as a jazz musician,” he said, though after 40 years in the business, “I’m happy to stay home.”

Before any of that, however, he took up the piano at an early age — 5 or 6, in his recollection. “I studied with my uncle, Phil Wisnewski. He was a classical guy, but somewhat of a jazz guy. He was real open to me exploring music — that was probably the greatest gift he gave me. I got into composing when I was 9 and 10, and wrote for my high school orchestra.”

He studied classical piano at the Oberlin Conservatory of Music in Oberlin, Ohio, and then moved to New York City, where he studied with Richie Beirach, a Brooklyn native who now lives in Leipzig, Germany. “Richie got me going in a direction I wanted to in terms of modern jazz,” Mr. O’Connell said. “But I came to New York not a finished product. I had to learn.”

After a year or two, he started performing. “That was a time when musicians could live in Manhattan,” he said. “There was a loft scene, and we could all kind of play together, grow together.”

“Then I got into the Latin scene also,” he said, recalling the salsa bands of New York and “one particularly funky band from Bushwick,” in Brooklyn. “I learned the roots to play that music, which was great.”

With Santamaria, the Havana-born, Afro-Cuban jazz percussionist, he toured and recorded for the first time, performing on a Grammy Award-winning album. The percussionist also encouraged him to compose. From there, he hooked up with Baker and then Mr. Rollins. “In those days,” he said, “you could play with some of the legends of the music because they were still around. I was lucky to hook up with some of those people and just get their vibe and share the stage with them. Those kinds of experiences are invaluable.”

“I was on the scene in both the Latin and jazz worlds,” Mr. O’Connell said. “That’s pretty much what I’ve done my whole professional life.” In the early 1980s, an association with Valentin began, one that would last more than three decades and yield many albums featuring Mr. O’Connell’s compositions. “But in the meantime, I worked with Jerry Gonzalez’s Fort Apache Band, in the ’90s; Astrud Gilberto, for around five years; John Lucien, a great singer, off and on for 20 years, and Kenny Rankin, for a bunch of years. I’ve been lucky to work with these kinds of people.”

He has also made more than 15 albums as a bandleader, including “Black Sand,” which features the trumpeter Randy Brecker, who lives in East Hampton; “Latin Jazz Fantasy,” and “Rhapsody in Blue.” One noteworthy release is “After the Dust Settled,” a single track recorded live at Moscow’s Tchaikovsky Concert Hall in 2011. “It’s a solo piano piece that was very special to me,” written after the Sept. 11, 2001 terrorist attacks in New York and Washington, he said. “After 9/11, I didn’t touch the piano for a couple of days, then I sat down and started playing this thing. 2011 was 10 years later, so I played it that night in Moscow, and they happened to record it.”

Next month, the Savant label will issue “The Bill O’Connell Afro-Caribbean Ensemble — Wind Off the Hudson,” featuring a 10-piece band that includes Mr. Sipiagin, with whom Mr. O’Connell will perform in August. “Wind Off the Hudson” features six original compositions along with “Perdido” by Juan Tizol; “C Jam Blues” by Duke Ellington; “Transition” by John Coltrane, and “Oye Como Va” written by Tito Puente and popularized by the Mexican-American rock ’n’ rollers Santana. “It’s a fun, fun way of approaching it,” he said of the latter song. “I always do that when I record, try to do a few tunes to bring the audience in with something that might be familiar.”

A few standards are in store on Saturday, too, he said. “Sometimes it takes me, like, 20 years to figure out how I really want to play a standard. I’ll play it sort of generically in the beginning, just to learn it. Then I’ll think of something, a concept to play it differently — maybe to play an uptempo tune as a ballad, or a reharmonization,” the altering of a song’s harmonic structure.

For close to a decade, Mr. O’Connell, a four-time recipient of the Jazz Writer of the Year award from the SESAC performing rights organization, has taught music at Rutgers University in New Jersey. “I teach jazz piano, but I have taught everything there,” he said, including jazz improvisation and composition. “I also run the Afro-Caribbean ensemble there,” he said. “It’s a great music school with a great faculty.”

Asked if sitting down to play is still a thrilling experience, he answered that it is, citing the Afro-Caribbean Ensemble’s debut performances, at Hostos Community College in the Bronx and, the following day, the Baltimore Museum of Art. “Those were exciting gigs with the unveiling of my new band,” he said. “Then recording the band was great, too.”

A life in music, he said, is “one of continual growth and discovery. Each time I play, I’m hoping to get closer to the most honest expression I can make, whatever that is at that time, and hopefully discover something new.”