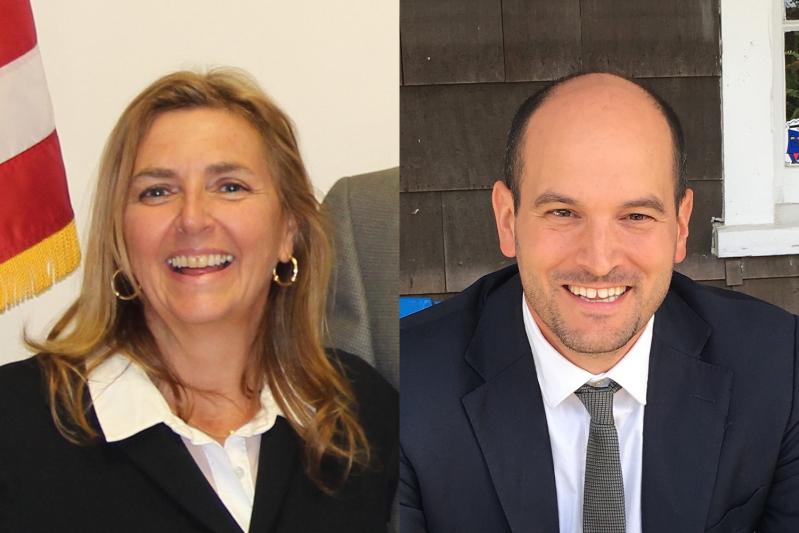 In a rare political occurrence, a sitting Republican justice is seeking the Democratic nomination to remain on the East Hampton Town bench.

Lisa R. Rana, who has Republican, Independence, and new EH Fusion Party support, will face Andrew Strong in a Democratic Primary on Tuesday. Whatever the outcome in the primary, Ms. Rana’s place on the ballot for the November general election is secure.

In an interview last week, she said that she decided to try to force the primary to give Democrats a choice for town justice.

Cate Rogers, the East Hampton Town Democratic Committee chairwoman, rejected that argument and explained that the entire committee, not a nominating subcommittee, had selected Mr. Strong over Ms. Rana and Trevor Darell, an East Hampton lawyer who also screened for the position.

“She’s running in a primary she can’t even vote in,” Ms. Rogers said. “It’s an attempt to deny voters to have a choice.”

Ms. Rana was first elected as a town justice in 2003, running as a Republican. Before returning to Amagansett two years before the election, she was chief administrative law judge for the New York City Taxi and Limousine Commission during the Giuliani administration. Before that, she practiced law in Manhattan for seven years, focusing on matters concerning children.

In East Hampton Town Justice Court, the justices tend to stay in the roles for several four-year terms; with her 2003 win over Stephen Grossman, a Sag Harbor lawyer, Ms. Rana took a seat that had been held by Justice Roger Walker since 1995. She also is the village justice in Sag Harbor, where she was re-elected Tuesday after running unopposed.

Manny Vilar, the East Hampton Town Republican Committee chairman, has cast Mr. Strong as an outsider and suggested that the Democrats should have cross-endorsed Ms. Rana instead, as they have in past elections.

It was as the new in-house lawyer for Organizacion Latino-Americana, or OLA, of Eastern Long Island last year that Mr. Strong first started becoming known on the East Hampton legal scene. He lives in Springs with his wife, a South Fork native, and their three children.

His background includes a period during which he worked on United Nations human rights and war crimes cases in the International Criminal Court in The Hague, Netherlands.

He is a graduate of Northwestern University School of Law, a top-10 law program in Chicago, and a managing editor of the Journal for International Human Rights.

Ms. Rana is an Amagansett native who attended public schools here before graduating from boarding school and then Hampshire College in Amherst, Mass. Her law degree is from Touro Law Center on Long Island.

“I really strongly believe that as a justice candidate, you should be a candidate for everybody in this town,” she said.

Town justice court functions well, despite being one of the busiest in the state, Ms. Rana said. “The biggest challenge that the court faces right now is that the staff is significantly underpaid,” she said. The disparity between town jobs and work elsewhere means that holding onto experienced workers is difficult as they seek better-paying jobs elsewhere. The catch is that setting salaries is the town board’s responsibility; all she can do is ask.

“The volume has gone up significantly. What’s going on within our town is that the year-round population has grown, too,” she said. She said she sees more defendants with drug issues, including opiates, and that trying to get mental health services for those who need them can be a struggle.

Another big help to the court would be to have an on-staff law secretary, as in Southampton Town Justice Court. Someone in that role would assist the justices in researching decisions, writing drafts, and keeping the large workload under control.

“You need to know a lot. It’s been a long experience. I have gained a lot; I have learned a lot,” she said.

Ms. Rogers, the Democratic Committee chairwoman, said that the primary was Ms. Rana’s attempt to knock any competition off the ballot. “This is strategic in order for her to keep her job,” she said.

“What really bothers me about it is she’s not making it clear who she is. I see it as a nondemocratic process. That’s what I focus on.”

She said that support for Mr. Strong was deep among the committee. “Andrew just blew us away. He is really impressive and would be really good in the justice position.”

Ms. Rana, in her interview, countered that view. “This is not a political race. That is not allowed by judicial ethics. I have been on the bench for 16 years and the voters have seen me and have seen my body of work.”

Mr. Strong has made liberal values a centerpiece of his appeal to voters, with an emphasis on alternative programs and drug treatment for people convicted of nonviolent crime. In his work with OLA, he has been involved with the bill allowing people who are not United States citizens to apply for New York State driver’s licenses; he was celebrating the bill’s passage in the State Senate on Monday night.

He has spoken out against federal immigration enforcement efforts that break families apart. In an interview last year he said, “I think we’ve got to look at the laws humanely and intelligently and say, ‘What are we really doing here? What are we trying to accomplish when we’re sending somebody to jail?’ Especially when it’s triggering a deportation hearing and separating a family. For what? For a civil offense — not a criminal offense — like failing to signal? That’s not a proportional punishment. And it’s not humane.”