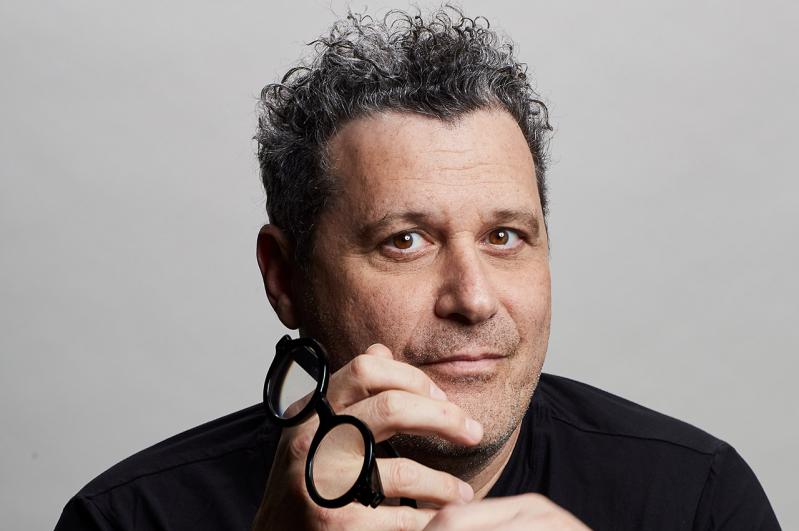 I used to live next door to Isaac Mizrahi, the fashion designer and author of “I.M.,” his recently published memoir. It was in Greenwich Village, between the early 1990s and into the 2000s, a time during which he was the darling of the fashion industry and when the documentary “Unzipped,” which pulled back the curtain on his 1994 fall runway collection, made him something of a cult hero.

We spoke only briefly, a handful of times; mostly we would nod and smile in a neighborly way. What struck me then was how publicly he lived, always surrounded by friends and associates, happy to be hanging out on 12th Street, walking his dogs, chatting with other dog owners and the doormen on the block. The opposite of the imperious fashion dictator stereotype, he always seemed to have a surplus of personal charm.

So, rather fittingly, “I.M.” is written in warm, witty, and conversational prose, as though Mr. Mizrahi were simply standing outside his building, telling you of the trials of growing up overweight and gay in a highly observant, tightknit Orthodox Jewish community in Brooklyn.

“The Syrian-Jewish community had never seen anything like me before. I stuck out like a chubby gay thumb,” he writes in his memoir. “There wasn’t a moment when I didn’t feel claustrophobic looking at my prospects there. . . . And while I had no other experience to compare it to, I knew there had to be a better place for me in the world.”

Eventually, he found that place — just across the Brooklyn Bridge — the decadent, creatively vibrant Manhattan of the 1980s. He left his loathsome school, the prestigious Yeshivah of Flatbush, where the kids were taught that God hated homosexuals (reiterated by his father, who said, “I think all fairies should be lined up and shot”), and joined the drama department of Manhattan’s Fiorello LaGuardia High School of Performing Arts, where he found his tribe.

“I.M.” is really a book in two parts. The first — the more compelling — reveals, rather poignantly, the author’s formative years in his oppressive Brooklyn world, sexually confused, perpetually depressed, overeating, and suffering from chronic insomnia. It also offers heartbreaking stories of cruelty such as this one, about being publicly shamed at the age of 11 by his camp counselors, who had discovered that he would occasionally do female impersonations in the woods:

“At the end of the summer, the counselors did a sendup show featuring parodies of some of the campers. One of the counselors dressed up as a girl, with a wig, a dress, and a tulle stole. As I watched the crude performance and listened to the other campers howl and hoot and jeer, it slowly dawned on me that the ‘girl’ in the show was meant to be me. . . . It was one thing for me to emerge occasionally among all the small-mindedness, racism, sexism, and homophobia, and embrace my oddness publicly doing female impersonations and puppet shows. It was another to be broadly ridiculed so publicly, and by adults who were meant to be looking out for me. It made for a deeply felt, at times very sad, reality.”

As couturier to high-profile women, Mr. Mizrahi dressed the likes of Meryl Streep, Oprah Winfrey, Liza Minnelli, Audrey Hepburn, Elizabeth Taylor, Aretha Franklin, Hillary Clinton, Diane Sawyer, Sharon Stone, Sandra Bernhardt, and Diane Keaton. It was a period he calls “fabulous,” and that’s really all one needs to know. What would have made this section truly fabulous are photographs of his creations and the stars wearing them. It seems baffling that they were not included.

He also glosses over some of his financial woes, which were his undoing and led to a side career as a comedian, cabaret performer (in 2000 he starred in a solo show called “Les MIZrahi”), costume designer, and a red-carpet fashion critic at Hollywood awards ceremonies.

The highlight of the book, however, is the author’s relationship with his mother, Sarah Mizrahi, a complicated but vibrant woman who, despite clinging to the conservative traditions of her religion, gave in to buy her son his first Barbie and encouraged him to pursue his knack for fashion. She became his confidante, critic, and champion. “She trained me,” he writes, “to be her best friend.” It is from his mother, he says, that he inherited his grit and resilience, that special gene that allows one to rise above adversity.

But more important, it is from his mother that he got his sense of style. Mrs. Mizrahi had an uncanny talent for being stylish without money — something that would influence both her son’s upscale runway collections and, later on, his super cheap line of designs for the mass market through his Target and today’s QVC collaborations. Style was not necessarily about money — the valuable lesson passed down from mother to son. Rather poignantly, “I.M.” is dedicated to his mother, who is still alive.

Seemingly happily married to Arnold Germer since 2011, and still living on 12th Street, Mr. Mizrahi has penned a book that tells an honest and often heartrending story about a man who became so quintessentially New York that not only is Sarah Jessica Parker his best friend, but he also was once an extra in the movie “Fame.”