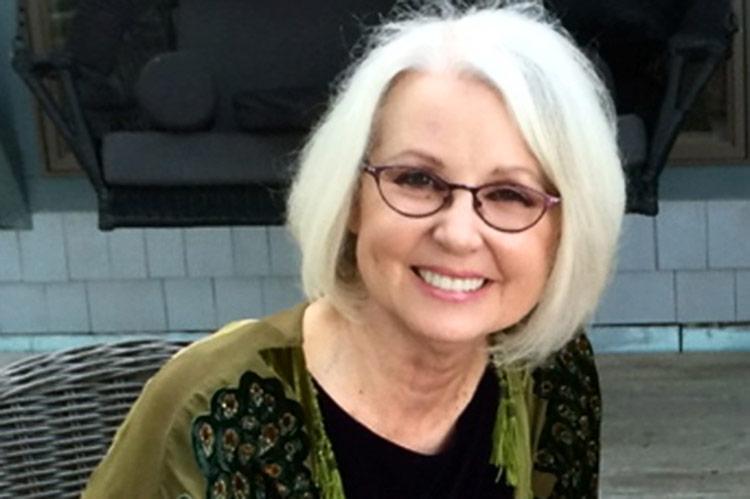 Lydia Salant, a therapist and healer who had lived part time on the South Fork for many years, died at home in Blue Hill, Me., on Aug. 3 at age 73. She had limited mobility in recent years because of a muscular disease, but continued to write and also collaborate with her husband of 40 years, Nathan Schwartz-Salant, a psychoanalyst.

Born on Nov. 15, 1945, in Munich to Andrei and Raissa Polushkin, she came to America as a refugee in 1949 with her parents and sister. She grew up in Queens, then attended the City University of New York and Columbia University, and earned a master’s degree from Harvard University in Russian language and literature.

She taught Russian language and literature at Queens and Hunter Colleges in New York City for 11 years “before redirecting her energies toward individual counseling and psychic readings,” wrote her friend Dava Sobel of Springs. “Her fascination with the interplay between mind and body led her to further postgraduate study, including a four-year program in acupuncture at the Pacific College of Oriental Medicine in New York, which she completed in 2000,” Ms. Sobel wrote.

Ms. Salant first began spending weekends in Amagansett in the 1950s in a house t­hat her father built on Cranberry Hole Road. The house was enlarged and later became her parents’ full-time home in the 1970s.

While raising their two sons, Ms. Salant and her husband lived in Springs in the early 1980s, and also in New York City, Princeton, N.J., and Rosemont, N.J. They moved to Blue Hill in 2013. Their home there included an office for each of them and a studio where they gave lectures and hosted friends from out of town.

Her son James Salant died three weeks after her, on Aug. 25. She is survived by her husband and her other son, Joe Salant of Houston, by three grandchildren, and by a sister, Maria Robbins of East Hampton.

Her family has suggested contributions in her memory to Doctors Without Borders, P.O. Box 5030, Hagerstown, Md. 21741-5030, or online at doctors­withoutborders.org.
--
Correction: An earlier version of this obituary incorrectly stated that Lydia Salant's son James had died before her. In fact he died after her but prior to publication of the obituary.