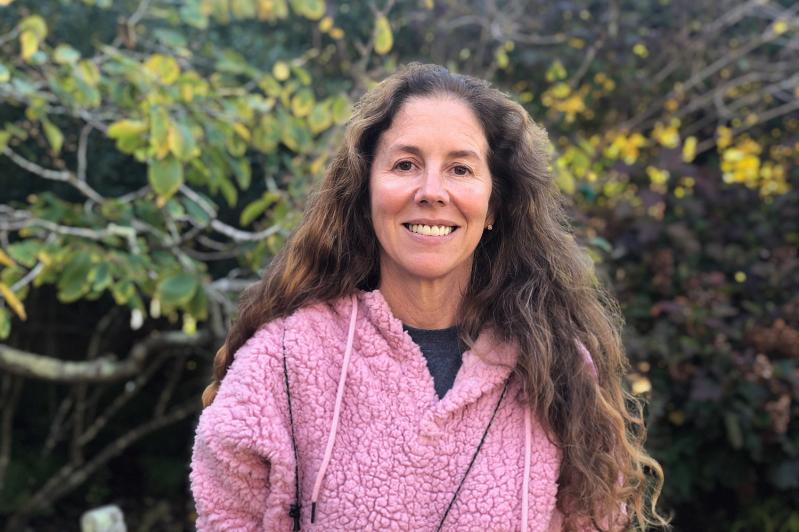 “What you see is what you get,” is how Bonnie Brady, a longtime Montauk resident and EH Fusion Party candidate for East Hampton Town Board, described herself in an interview with Star staff this week. “I’d like to think of myself as a fair, honest person, someone who would work their butt off” for constituents.

As executive director of the Long Island Commercial Fishing Association, Ms. Brady has long been a proponent of that industry’s interests, which in recent years means she is also a vocal opponent of the proposed South Fork Wind Farm, which fishermen fear will disrupt or destroy their livelihood.

But Ms. Brady’s résumé illustrates a diversity of experience that may have few equals among East Hampton candidates past and present. She holds a degree in journalism from the University of South Carolina and worked as a reporter for The Star in the early 1990s. Living in Washington, D.C., she worked for then-Senator Bill Bradley, a Democrat from New Jersey. While living in the nation’s capital, she applied to the Peace Corps, and in 1991 went to Cameroon, in West Africa, where she coordinated primary health care for pre- and postnatal women and their infant children.

Ms. Brady moved to Montauk in 1989, following her parents’ divorce, in order to assist her mother with her four younger siblings. In addition to The Star, she worked as a waitress, bartender, and taxi driver. In 1995, she was accepted to the paramedic program at the State University at Stony Brook. She also met her future husband, Dave Aripotch, a commercial fisherman, that year. They married in 1998 and have two daughters.

Ms. Brady, who served with the Montauk Fire Department for 16 years and was its first paramedic, said that the town board has fallen short with respect to emergency communication and preparedness. She co-founded East End Cares, an organization that provided disaster relief in the wake of Superstorm Sandy, which largely spared the town the damage inflicted on western Long Island and New York City seven years ago.

“I realized that if it ever hit us, if ‘the big one’ washes across Napeague, we’re on our own,” she said. “So we should be storing stuff where we can get to it, and there’s no written emergency preparedness, nothing online — who does what, where are emergency centers, the Red Cross, where do we put people, which areas do we try to evacuate?”

She pointed to the acute shortage of affordable housing, which she said had been “back burner until last week,” when during a candidates debate Supervisor Peter Van Scoyoc called it a crisis. “For too long I have listened to the town board’s empty promises regarding affordable housing plans for locals,” she wrote in biographical information provided to the East Hampton Group for Good Government, “for kids who have grown up here and working families who want to stay close to their roots.”

She suggested construction of “small duplexes” of affordable housing on some of the many parcels owned by the town. “We need to try now before it’s too late,” she said. “We’ve lost an entire generation” of residents who could not afford to live in the town in which they grew up. “There has to be a way to do more than we’ve done.”

The town board also came in for criticism regarding its handling of the South Fork Wind Farm. The town’s commercial fishermen have not been included in negotiations with the wind farm’s developers over the installation’s siting, construction, and operation, she said, nor is the proposed community benefits package useful to them.

“The community benefits package offered no benefit to the fishing community, which is ludicrous,” she said. “They” — the town board — “are supposed to work for us.” In her biographical information, she refers to the wind farm as a “backroom deal that was cloaked in secrecy, one that disenfranchises an entire industry within our town and divides neighbor against neighbor regarding transmission cable landing.”

The town board voted this month to issue a request for proposals for professional services to craft a fisheries mitigation and compensation plan that would be in effect should construction and/or operation of the wind farm negatively impact commercial fishing. Ms. Brady noted at the time that the town’s fisheries advisory committee, of which she is a member, had not been notified before the resolution, and that the committee’s subcommittee on offshore wind had asked that the town seek a request for information five months ago.

The Montauk hamlet study also falls short, Ms. Brady said. Residents who must capitalize on the brief tourist season are too busy to attend meetings or walking tours just before Memorial Day weekend, or just after Labor Day weekend, for example.

“You can’t make decisions without people’s knowledge and consent,” she said. “I told Lisa [Liquori, a consultant conducting hamlet studies for the town], you should be taking the hamlet study to P.T.A. meetings, fire departments, the AARP meeting. That was a huge problem. It was not a synthesis of everyone’s voices and what they could live with.”

Water quality — drinking water as well as the bays and ocean — is another issue of concern. “We should be testing all of it, especially if you have well water. We know stuff has happened in the past,” a reference to the contamination discovered in private wells in Wainscott and the present testing of well water in the industrial area around the Springs-Fireplace Road corridor.

The aforementioned issues, Ms. Brady said, speak to an institutional problem on the town board. “Tone is part of the reason I’m running,” she said. “I find the tone upsetting. . . . It seems like there’s a stifling of those that have other viewpoints. When you’re elected, you’re elected for everybody. I want to bring everybody’s voice to the table.”

Ms. Brady will appear on the Independence, Libertarian, and Conservative Party lines on the Nov. 5 ballot, and is endorsed by the East Hampton Reform Democrats and the East Hampton Town Republican Committee, as well as the EH Fusion Party.