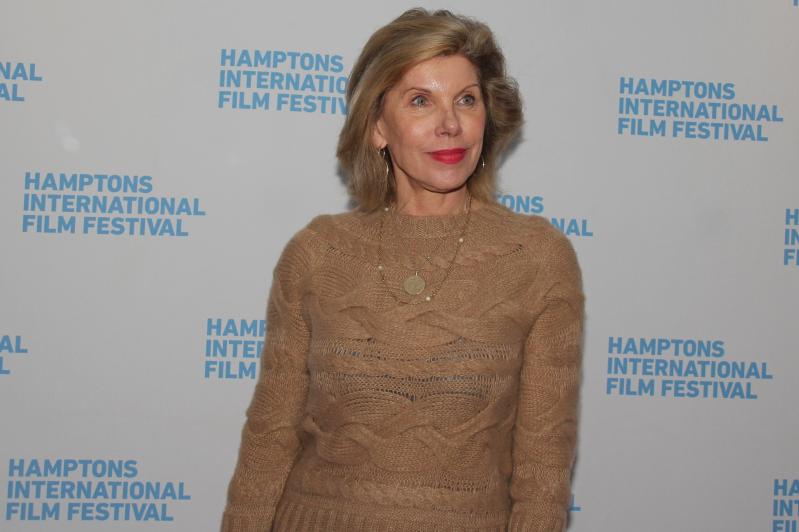 Christine Baranski gave her best "Diane Lockhart" look from "The Good Wife" and "The Good Fight" on the red carpet on Saturday.
Durell Godfrey
By Jennifer Landes

Saturday was a day in full at the Hamptons International Film Festival: full of screenings, talks, events, and parties. From morning to night, East Hampton to Southampton, it was a packed day.

Some of the early risers included Ric Burns, who was on hand for a screening of his film "Oliver Sacks: His Own Life" at the East Hampton Cinema. HIFF's Breakthrough Artists were also ready at 10 for a panel discussion at Rowdy Hall and a celebratory brunch that followed at Nick and Toni's restaurant in East Hampton. Brian De Palma sat down for a chat with Alec Baldwin, and there were screenings galore.