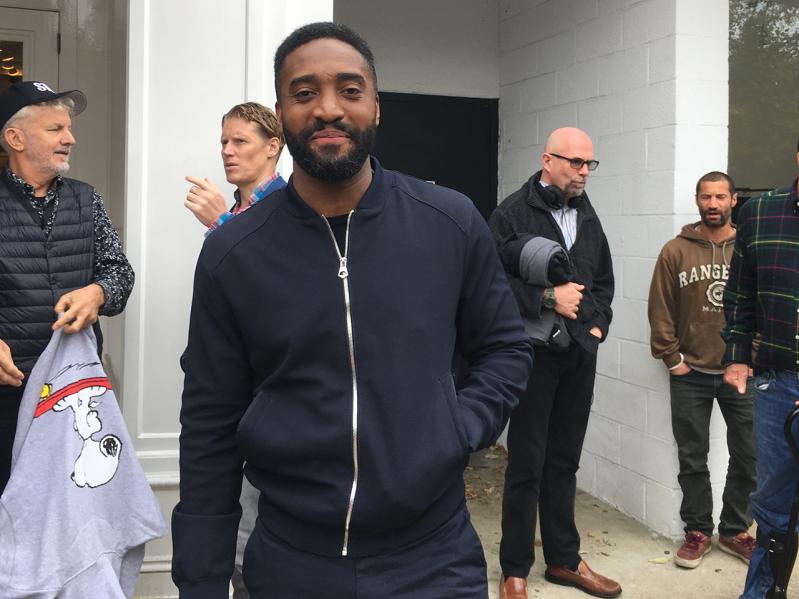 Alexander Mora, the director of documentary short "The Nightcrawlers," outside the East Hampton Cinema on Saturday morning
David E. Rattray

The Hamptons International Film Festival's Documentary Short Film Competition Program was presented on Saturday morning in East Hampton. The grouping honors "new and distinctive voices in documentary filmmaking." The winner will receive $500 and consideration for an Academy Award for best documentary short film.

This year's films included "All Cats are Grey in the Dark," "Flesh," Ghosts of Sugarland," "Lowland Kids," and "The Nightcrawlers."

The filmmakers who attended the screenings included Alexander A. Mora, whose "The Nightcrawlers" is about photojournalists covering the extrajudicial killings of suspected drug users and pushers ordered by President Rodrigo Duterte of the Philippines.

"Lowland Kids," by Sandra Winther, is a documentary about a close-knit family confronting the reality that they will soon have to move off their beloved  home on Isle de Jean Charles, Louisiana, as rising seas and erosion will soon render it uninhabitable. Isle de Jean Charles is the first community in the United States where the federal government is funding a complete and permanent evacuation.

The program will be screened again Sunday at East Hampton Cinema at 10:45 a.m.