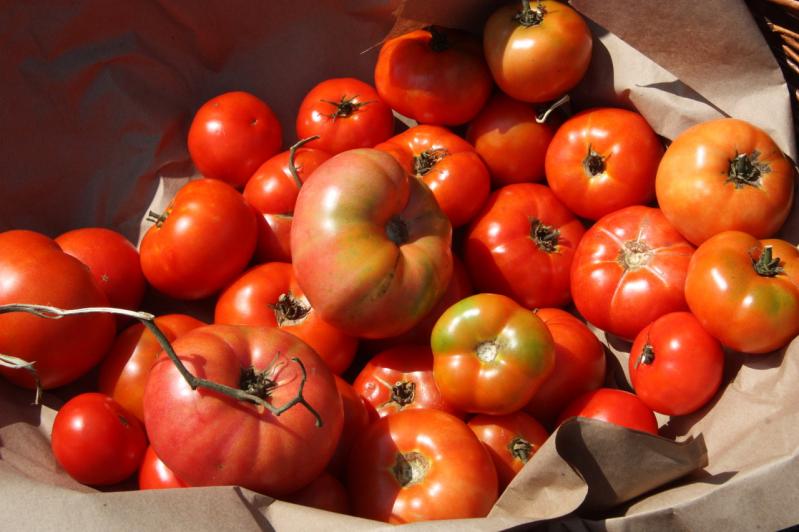 Durell Godfrey
By Joan A. Ehren

It’s harvest time here in East Hampton, and the abundance of fruits and vegetables at our farm stands brings back memories of summers in Indiana, where my husband and I lived for several years when he was dean and teaching at a law school.

Corn was $1.25 for 13 ears. I never saw a half-pint or pint of berries at the farm stands; they were sold in generous quarts and gallons. Along with corn and berries, tomatoes were piled high by the bushel baskets.

Farmers set up long tables on the side of the road in front of their farms, displaying their harvests along with an open cash box with a sign inviting you to place your money in the box and take whatever change was needed. No supervision was thought to be needed.

During the summer months I would frequently spend a weekend with a few members of the faculty cooking the bounty of the season — crab apple jelly from the trees on the law school property, jams, juices, and pies from the berries, and puddings from all those ears of corn.

One weekend in early fall, four of us decided to cook tomatoes.  After hauling several bushel baskets from a farm to one of our kitchens, several recipes for sauce, juice, canned tomatoes, and tomato paste were reviewed and selected for cooking and freezing. Given the quantity of tomatoes, the task of peeling, seeding, juicing, and chopping proved to be more tiring and time-consuming than we anticipated.

When we were finally ready to cook, we discovered that our pots were not large enough, and one member volunteered to drive to a store just outside town that we called the Midwest Bloomingdale’s.

Unlike the New York City Bloomingdale’s, Midwest Bloomingdale’s had a sign at the front entrance that read, “Leave Your Guns at the Door.” Inside you could find all makes of guns, hunting knives, bows and arrows, as well as fishing equipment, camping equipment, every brand and style of sneaker, clothing, electronic equipment, small and large household appliances, and housewares.

One kitchen tool I discovered that was hard to find anywhere was designed to cut open the corn kernels and scrape out the “meat” inside each one, which when cooked made for a rich and silken corn pudding or custard. It was late Sunday afternoon before our teammate arrived at Bloomingdale’s and found that the store closed early on Sundays.

He then decided to try one of the local supermarkets and returned with several large lobster pots. By the time the recipes were simmering on the stove but nowhere ready, it was very late in the day. We then decided to keep the tomatoes on a very low simmer during the night and cool and freeze them the next morning.

The next morning when I returned to the house where we cooked, I could smell a strange odor and was met with three very distressed faces. Our sauce, tomatoes, paste, and juice all were burned. The pots were obviously too light for long hours of cooking. Our more reluctant member of the team went to a kitchen cabinet and pulled out a can of tomato paste and some tomatoes and asked the three of us to calculate and compare the cost, a suggestion we ignored.

Not ready to give up, we called several agricultural agencies to inquire about removing the burned flavor from food. They were able to tell us how to remove too much salt, too much sugar, how to thicken, and how to dilute. But they had no advice about burned food. So we decided to freeze the tomatoes, hoping that freezing might dilute some of the burned flavor. When we finally reopened the freezer bags, the flavor seemed to have become more concentrated, and we were left with no other alternative but to discard.

One of the members of our cooking team developed a severe allergy to tomatoes, and that ended our cooking excursions for some time. But today, here in East Hampton, I can’t walk past a bushel basket of tomatoes without a flashback to that tomato time weekend in Indiana.

Joan A. Ehren is a retired university administrator. For the past 20 years, she has been living full time in East Hampton, where she has volunteered with the Ladies Village Improvement Society and the Friends of Guild Hall.