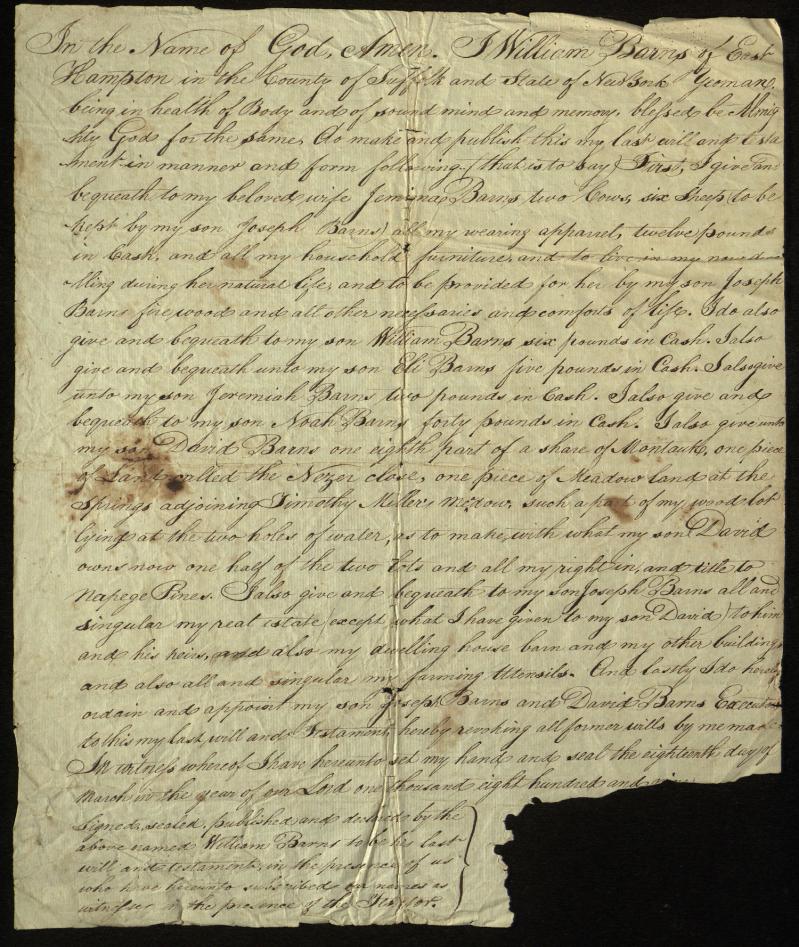 The younger William married Jemima Sherrill (1725-1823) on Dec. 4, 1746. The couple had one daughter, who died in childhood, and six sons. William left Jemima the family livestock, including two cows and six sheep. Their son Joseph was tasked with caring for the livestock on her behalf. Jemima also received 12 pounds, her husband's wearable apparel, all the household furnishings, and the use of their home for the rest of her life.

The other two sons inherited substantial amounts of their father's lands throughout East Hampton. David Barns (1763-1809) inherited lands called "Nezer Close" and "Napege Pines," a meadow adjoining Timothy Miller's land, woods near Two Holes of Water, and William's one-eighth share of a property in Montauk. Joseph Barns (1759-1847) received William's barn and all other lands not already bestowed to David, including William's house (although Jemima retained the right to live there). Joseph also received William's farming equipment and tools. William named David and Joseph as the executors of his will.

Jemima died on March 29, 1823, surviving William by nine years. She is buried with him in East Hampton's North End Cemetery. Any possible signatures on this will were lost with a large section that is missing.