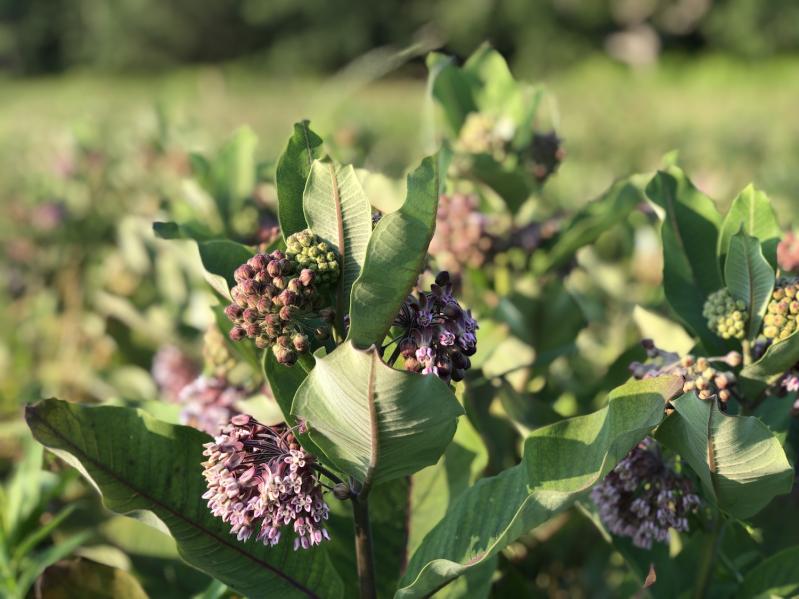 Pollinator gardens, with flowers and plantings that draw bees and other flying insects to relay their pollen from one bloom to another, have been springing up all over town lately, both at private houses and public facilities, Town Hall among them. Another is soon to be installed in Amagansett, on the ocean side of Bluff Road between Hand and Meeting House Lanes, just west of the East Hampton Town Marine Museum.

Addressing Monday night's virtual meeting of the Amagansett Citizens Advisory Committee, Victor Gelb, co-president with Joan Tulp of the Amagansett Village Improvement Society, described the project as a "long, narrow garden along the tree line, where there's a steep drop-off," between six and 10 feet deep. The spot is south-facing, dry, and sunny, ideal conditions for honeybees. Charlie and Sons, landscapers, will do the plantings -- native species, mostly -- and maintain the garden.

In other horticultural news, Mr. Gelb told the committee that a large box, containing what may be electrical equipment, which appeared on Bluff Road about a year ago at its intersection with Indian Wells Highway, is to be "camouflaged," following questions from residents about its unsightliness. Beach grass will be planted on three sides, he said, which should "somewhat improve the view."

"We hope it's tall grass," commented Rona Klopman, chairwoman of the committee.

East Hampton is considering installing new LED streetlights at no fewer than 729 locations throughout the town, and Supervisor Peter Van Scoyoc, the town board's liaison to the committee, reported that some can be seen already, at the Atlantic Avenue Beach road end. He urged members to go by at night, take a look, and report back at next month's meeting.

Turning to sea level rise and ever-increasing storm surge issues, Mr. Van Scoyoc sounded a more gloomy note. In years and storms to come, he said, Amagansett "may become an archipelago," especially on the bay side, "where the [Napeague] stretch starts. Cranberry Hole Road, Lazy Point -- the South Fork is among areas with the highest risk for property inundation and concomitant loss of tax revenue."

"People are starting to understand what the impending crisis could involve," Mr. Van Scoyoc told the group.

Ms. Klopman asked him about the latest Covid numbers. The report was not good: Three weeks ago, the positivity rate in Suffolk was about 2 percent; at latest count, it was 11 percent. "The hospital says numbers are still pretty low, there are three in the I.C.U. now, with two on vents. They are only seeing unvaccinated or severely compromised people."

"It's going around," Mr. Van Scoyoc concluded. "It's still with us, absolutely. But," he added, speaking of the number of deaths, "the outcomes are very different from what they were two years ago."

For much of the pandemic, especially of late, the citizens advisory committee meeting places have been unpredictable, bouncing around both in person and virtually among the library, the school, and the American Legion. Monday's meeting went virtual-only on short notice, after the chairwoman heard about the Covid numbers going up. On Monday, Michael Diesenhaus wondered whether the Amagansett School could now accommodate not only ACAC but other outside groups.

Yes, said School Superintendent Seth Turner, "We have the capability." The school has the "technological infrastructure," he said, to set up a "hybrid meeting," though not on Tuesdays, when the basketball, soccer, and adult badminton groups all use the building, or Mondays, when a volleyball group meets. "If you have the insurance, call the district clerk."

"Is there opportunity for an old geezer group to come use the basketball court?" asked Mr. Diesenhaus. Yes, said Mr. Turner, after 4 p.m. The court has been renovated and looks like new, he said: Fences were taken down and the poles, which were "right on the baselines," have been moved away. "It's much nicer now," said Mr. Turner. "This year is beautification of the back of the school, the baseball field, and next year, the front."

Jaine Mehring reported next on several "interesting denials" from the planning board, one on Dolphin Drive (for a 2,300-square-foot-house); another on Marine Boulevard (for an 800-square-foot addition), and a third on Indian Wells Highway (for a pyramid variance).

The meeting ended with a spirited discussion of the group of six or eight large houses under construction on Handy Lane, a hitherto quiet dead-end street not far west of Brent's General Store.

"Handy Lane hits you in the face," Ms. Mehring said. "It's pretty astounding what is happening, and especially the amount of clearing of this oak woodland." Basically, she said, "the whole street is under construction, with sizable houses side by side, all spec houses."

David Hillman said he'd been to see the site, and "I was appalled. But isn't that horse out of the barn?" Yes, said Ms. Mehring, "it's done, but I think it's a very extreme version of something that's happening a lot around town, and I think it's important for people to see what a maxed-out half-acre property looks like."

But how did it happen? someone wanted to know. "They went 'as of right,' " Ms. Mehring replied, "within the maximum dimension for code. It was pristine woodland, it didn't need a natural resources permit, and they stopped short by an inch. . . ."

"It's not just an aesthetic thing, it's the clearing of woodland to that extent," she said. "And for what reason? Houses that get used 12 seconds a year?"

The houses, with up to six bedrooms, are priced between $5.5 million and $6.75 million. Construction began in earnest two or three months ago, and one of them already sports a "sold" sign.

Free Car Seat Checks in Southampton
Battle of the Books, and More Fun for Teens
This Week's Happenings in Montauk
END_OF_DOCUMENT_TOKEN_TO_BE_REPLACED