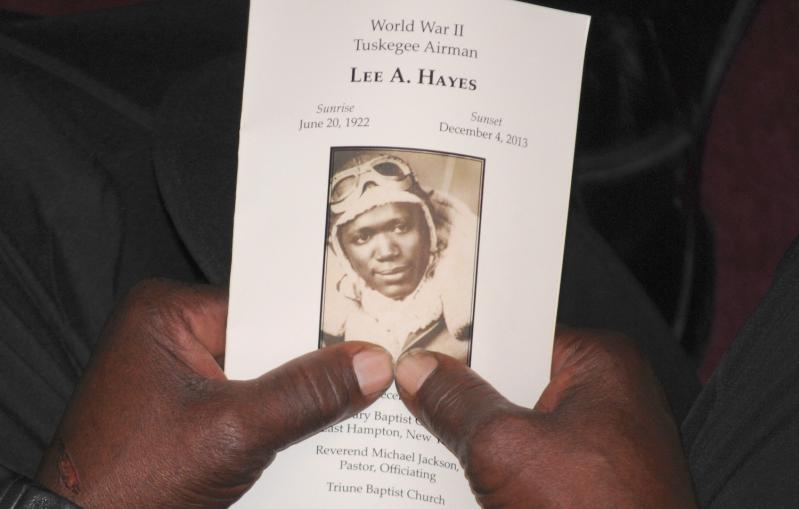 A proposal to name the Amagansett Youth Park for Lee A. Hayes, a Tuskegee Airman during World War II and a resident of East Hampton Town for most of his life, gathered strength on Tuesday.

At the town board's work session, board members spoke enthusiastically about the idea. Mr. Hayes, who died at 91 in 2013, would have turned 100 years old on June 20, 2022, one day after Juneteenth, which commemorates the emancipation of African-American slaves.

A great-niece of Mr. Hayes had submitted a letter to the board in March, and called in to its May 18 meeting to suggest that he be acknowledged and honored for his contribution to the town and the country.

A Virginia native, Mr. Hayes and his family moved north in 1930, when he was 8, as his father had found work on a dairy farm on Hand Lane in Amagansett, according to documents in the East Hampton Library's Long Island Collection. He attended the Amagansett School and East Hampton High School.

He was drafted in 1943 and sent to an airbase in Florida, according to a 1998 oral history. After receiving commission as a second lieutenant, he went to Tuskegee, Ala., for training with the 477th Bombardment Group of the Tuskegee Airmen, the first African-American military aviators in the United States Armed Forces.

"A huge number of local people" are descended from him, Mr. Van Scoyoc said. He is "part of an under-told story of our town." Honoring Mr. Hayes is "long overdue for the Hayes family and for Lee Hayes in particular," Councilwoman Sylvia Overby said.

Mr. Van Scoyoc and Ms. Overby suggested a ceremony to rename the youth park as soon as this autumn, with a plaque to be unveiled on Juneteenth.