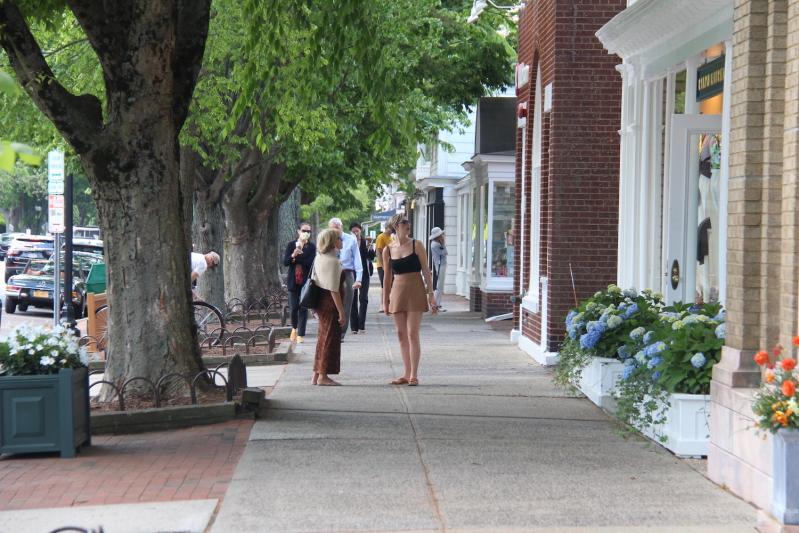 The nonprofit Anchor Society of East Hampton wants to bring a sense of community back to the village by establishing a general store on Main Street or Newtown Lane.
Durell Godfrey
By Jamie Bufalino

Bess Rattray, a columnist for The Star, founded the organization to provide an alternative to the explosion of luxury retail stores in the commercial district, and the Village Preservation Society of East Hampton has signed on as a partner in the effort.

At an Anchor Society meeting, Curt Schade, a preservation society board member who is the co-C.E.O. of Ziff Real Estate Partners, a commercial real estate firm, provided an overview of the challenges facing retailers in the village. Whereas the average rent for a retail shop in the nation, he said, is $20 per square foot, on Main Street and Newtown Lane the average is $125 to $150. Such high rents have caused mom-and-pop shops to be replaced by high-end retailers who locate here primarily as a marketing ploy.

Other resort areas such as Martha's Vineyard and Nantucket contend with the same problem, Ms. Rattray said, and have developed ways to counteract it. "East Hampton has often been on the vanguard of preservation," she said, "and we were able to catch overdevelopment early, but we're slightly behind when it comes to maintaining human-scale commerce and a sense of community that goes into our business core."

On Martha's Vineyard, the Vineyard Trust, a resident-funded nonprofit, has been acquiring, preserving, and managing historic landmarks and other buildings deemed integral to the island for more than 40 years. One of its holdings is Alley's General Store, noted Kathy Cunningham, executive director of the preservation society.

The Preservation Trust of Vermont has acquired businesses such as Pierce's co-op grocery store in Shrewsbury and the Barnard General Store in Barnard, one of the oldest stores in the state, to protect the state's "essential character," and ReMain Nantucket has done the same for vital commercial buildings endangered by development on the island.

Mr. Schade pointed out that 69 Main Street, the building that is now home to Restoration Hardware, was originally the site of the Van Scoy and Dayton general store, and later the Gregory and Co. mercantile store.

The Anchor Society is seeking to raise money to purchase a building in the heart of the village for a new general store, Ms. Rattray said. If the building has historic significance, there is the potential that money from the Community Preservation Fund could be used to purchase it.

The concept for the C.P.F., which provides money for land preservation and water quality improvement from the proceeds of a 2-percent real estate transfer tax, originated on Nantucket, Mr. Thiele noted, but has been used to great effect here. There is a precedent for using the fund to preserve historic buildings; most notably, the Sag Harbor Cinema. Southampton Town provided the cinema with $4 million from the fund in return for easements mandating that the property remain an arts center in perpetuity, and requiring the building's exterior, including its iconic neon SAG HARBOR sign, to remain unchanged unless approved by the town.

To qualify for C.P.F. funds, the Anchor Society would have to set its sights on a building that has been designated as historic by either federal, state, or local government, and East Hampton Town would have to add the purchase of the building to its C.P.F. project plan, Mr. Thiele said. As with the Sag Harbor Cinema, the town could mandate that the property could operate only as a general store.

"I do think there's a role for the C.P.F. to participate," said the assemblyman, who helped the cinema tap into the fund and acquire grants from the state's Regional Economic Development Council. "And I will continue to participate with this to help you get to yes."