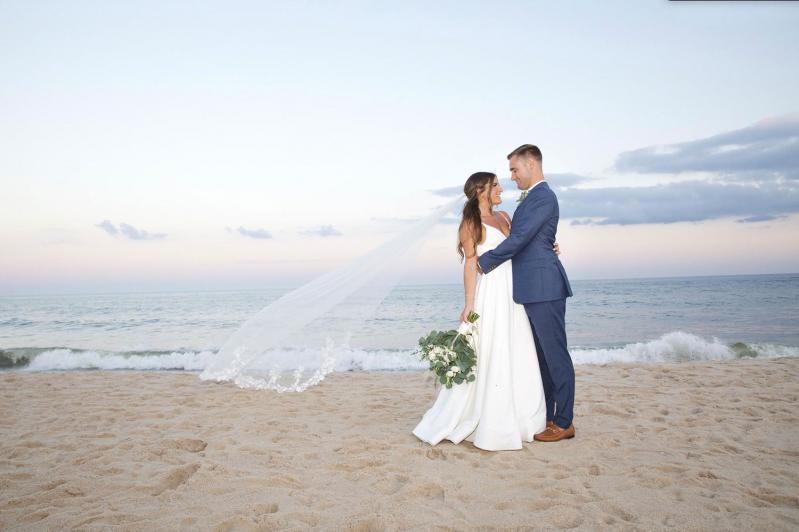 Mr. Dempsey is the son of Lauren and George Dempsey of East Hampton. The bride's parents are Suzanne Clifton Walsh and Peter Walsh of Water Mill.

The couple met in the summer of 2009 when they were still in high school, he at East Hampton High School and she at the Convent of the Sacred Heart in Manhattan. He went on to graduate from the University of Delaware in 2013, and she graduated in 2014 from the College of Charleston in South Carolina. They now live in Newport Beach, Calif., where he works in investment banking and she works in business development and sales.

Mr. Dempsey had two best men — Jonathan Dratel of Los Angeles and Jasper Creegan of New York — and five additional groomsmen. The bride's identical twin sister, Dana Walsh of New York and Portland, Me., was her maid of honor. She had eight additional bridesmaids.

She wore a simple Rita Vinieris wedding dress and carried a bouquet by Anchor and Bloom. Her attendants were in champagne dresses.

During the ceremony, the bride's brother, Conor Walsh of Portland, Me., read a poem written by their father, and there was music by the East Coast Band.