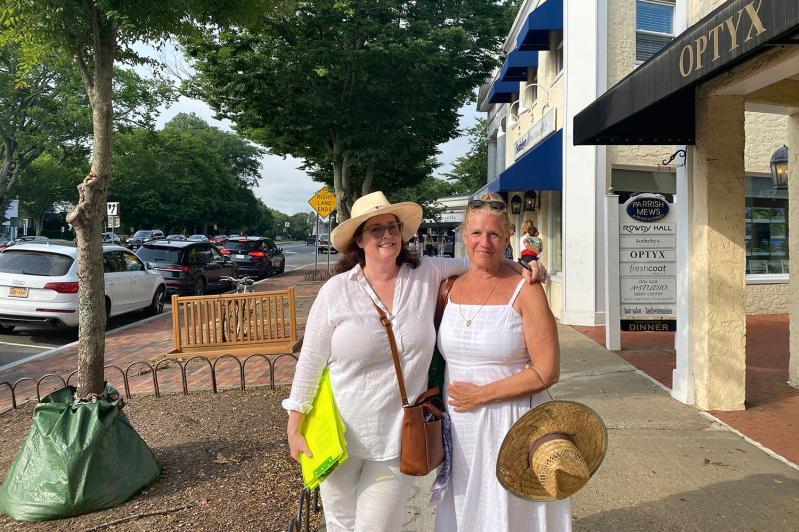 The Anchor Society's grassroots effort to develop a general store in East Hampton Village that will provide residents with daily necessities and a year-round gathering place kicked off on Sunday with a search to find the venture a suitable location in the commercial district.

"It would be a business that sells all the stuff you can no longer get in town," said Bess Rattray, who proposed the idea in a column she writes for The Star. By providing practical goods, the store would be a departure from the spate of luxury retailers that have set up shop in the village. "People always complain you can't find shoelaces or a needle and thread, so it would be a general store like you see in Maine with every necessity, but also in-store or drop-off services like a tailor or shoe repair, plus things like ice cream, coffee, and other things that would bring people in."

After the column was published, she said, "49 people emailed me about it, so that is indicative of interest, and I'm really enthusiastic about this taking off." She has created a nonprofit organization, the Anchor Society of East Hampton, to develop the project. A logo and a website are still in the works, but those seeking to support the effort can email [email protected].

Ms. Rattray credited Curtis Schade, a Village Preservation Society board member, as the inspiration for Sunday's tour of the village. The preservation society has for some time bandied about solutions for the issues plaguing the business district, he said. "We've seen what the community of Sag Harbor has done to save their movie theater, and I thought that if we don't intervene in some way here, we'll just see a continuation of the same trend."

Mr. Schade also noted that at one point during the Covid-19 pandemic, a rumor had circulated "that the lease had expired on the movie theater," and that it was being explored as the potential site of "more retail space."

Mr. Schade cited a nonprofit organization called ReMain Nantucket has purchased several buildings to provide spaces for businesses that boost that island's year-round economy. "It's not a completely foreign concept," he said.

Ten people gathered for the outing on Sunday, and walked both sides of Main Street and Newtown Lane, cataloging the existing businesses, and identifying buildings that would be perfect for a general store. Ms. Rattray said, ideally, it would be in a two-story building to provide room for services on the second floor, and retail goods on the first. "It doesn't matter if it's possible at this point," she told the group. "We're just looking for inspiration for the kind of place you'd be drawn to go to on a daily basis. We're dreaming big."

After touring Newtown Lane, David Filer noticed a stark lack of customers. "Here we are in midsummer, and most of the stores are sort of empty, it's not like people are in there buying bags-full of stuff," he said.

Ashley Milne-Tyte, Mr. Filer's wife, was assigned Main Street, and "my reaction was the same as every time I walk down the street, which is that nothing's useful," she said.

Nicholas and Amanda Breslow, who became full-time village residents this year, said they were eager to have more businesses they would actually like to patronize. "Being year-rounders we have a vested interest in getting stuff in here that's going to be available year round, bring people to town, and make the town seem more alive. Off- season there are times when it's just totally dead."

"I'm not shopping at Gucci," said Ms. Breslow. "A general store would draw a year-round crowd and bring that charm back. The charm that's in Sag Harbor."

Kathleen Cunningham, the executive director of the Village Preservation Society, took part in the outing, and said she hoped residents would rally behind the cause the way they have embraced protecting the village's historic structures.

"Commerce in this little village is as much part of its character as anything else," she said.

An earlier version of this story mistakenly credited Mr. Schade with the concept of the redevelopment of the Regal Cinema. The text has been corrected.