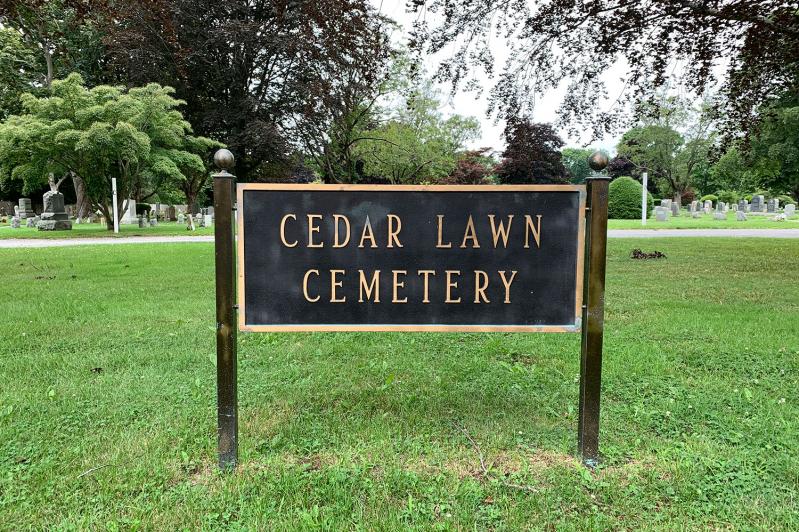 The use of Cedar Lawn Cemetery in East Hampton as a makeshift parking lot for guests attending a private party on Saturday elicited outrage from the organization that manages the cemetery.

"I think 'outrageous' is a good word for it," said Thomas Osborne, the president of the Cedar Lawn Cemetery Association. "Why would anyone think it's okay to use a cemetery as a parking lot?"

Stephen Lynch, East Hampton Town's superintendent of highways, who lives on Cooper Lane, where the cemetery is located, was driving past it on Saturday and noticed a couple of dozen cars and some parking attendants on the grounds. "There was one car on top of another," he said. "I was literally beside myself." He vented about it on Facebook. "Cedar Lawn Cemetery is now being used as a parking lot for parties, and I had to ask them to move some cars off of graves," he wrote. "What happened to respect for other people's loved ones that were laid to rest there? Am I the only one that thinks this is wrong?" He received nearly 160 responses from people who shared his disdain, including East Hampton Town Councilman Jeff Bragman. "This behavior is disturbing and offensive," Mr. Bragman wrote. "We need to enforce a message that we are [a] real community, not a playground. Respect, restraint, and courtesy are required in our town."

Detective Sgt. Daniel Toia of the East Hampton Town Police Department said a report of a large gathering at 64 Cooper Lane had been called in at 10:24 p.m., but by the time officers had arrived at 10:44, there were no cars in the cemetery, so no citations had been issued.

Robert Lococo, the owner of the residence, was unavailable for comment on Tuesday, but Mark Mercer, who works for Mr. Lococo's fine art publishing company, said he had helped his boss throw the party. "I was making sure everything was going smoothly," he said. Mr. Mercer confirmed that a valet service had parked cars on the roadway in the cemetery, and although two cars may have edged onto some grass, he said none of the vehicles had been on gravesites. He also disputed the number of vehicles on site. "We had 30 people at the height of the party, and never more than 12 or 15 cars at one time," he said.

Mr. Osborne of the cemetery association said a cursory inspection of the cemetery was done after the event, and no damage was found. Still, the incident has made him ponder taking steps to protect the hallowed ground. "We don't want to get to the point where we have to fence it off with a locked gate, but this is not civilized behavior," he said.