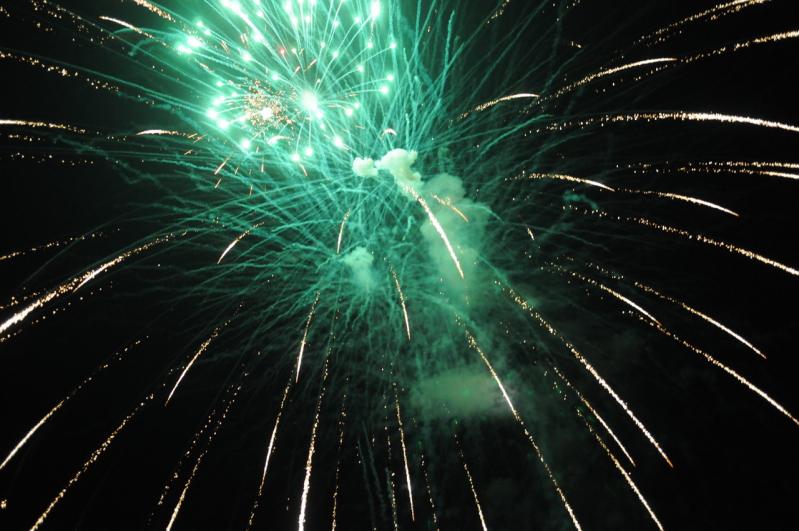 The Clamshell Foundation's Great Bonac Fireworks Show will light up the sky over Three Mile Harbor in East Hampton on Saturday at 9 p.m., in a return to an annual tradition dating back to the 1970s.

"We're hoping to put on a wonderful, beautiful show that the community can come together for," said Kori Peters, president of the Clamshell Foundation. Fireworks by Grucci will stage the pyrotechnics.

In East Hampton Town, because all fireworks shows were canceled because of the pandemic last year, this show is the first of its kind since 2019.

The fireworks tradition originated in the early 1970s when George Plimpton, founder of The Paris Review, started arranging fireworks events, with the scheduling of the display -- on the first Saturday after Bastille Day -- a nod to his love of Paris. They evolved into a fund-raising event for the now defunct Boys Harbor, a summer camp for inner-city youth founded by Anthony Duke of East Hampton and situated on the harbor. They became such a high point of summer for locals and visitors alike that when Boys Harbor discontinued the event, the Clamshell Foundation, an East Hampton nonprofit, decided to assume the mantle in 2009 to keep the tradition alive.

The fireworks are funded through contributions from the community through word of mouth, social media, and newsletters, said Ms. Peters. "It's been really heartwarming to see how people are continuing to give back," she said. Additional proceeds from this year's event will go toward community initiatives for children, such as scholarships, day camps, and after-school programs.

The fireworks will be launched from a barge in Three Mile Harbor. They may be best seen from a boat in the harbor, but the Clamshell Foundation also recommends watching them from Maidstone Park, Sammy's Beach, Gann Road, the head of Three Mile Harbor, or any beach off Hand's Creek or Springy Banks Roads.