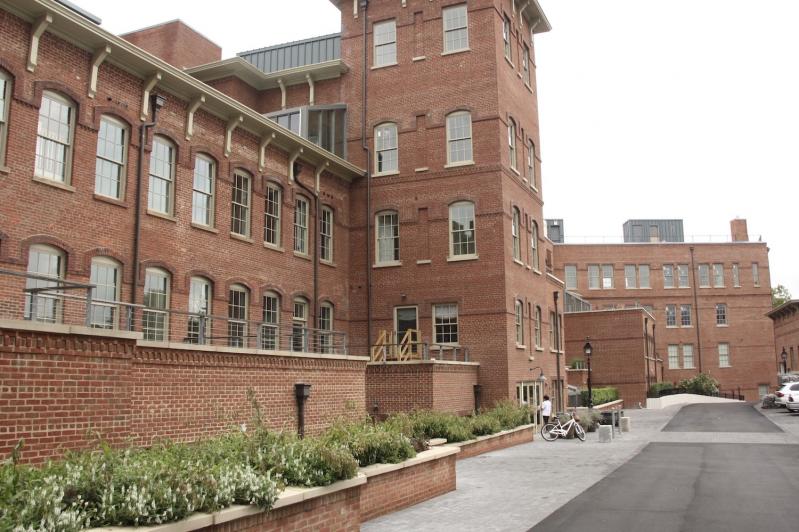 Sandra Foschi and Bill Evans liked that the Watchcase Condominiums complex was a block from Sag Harbor Main Street and a few blocks from their boat, but wanted to make a few changes to their unit before purchasing it in 2015.
Durell Godfrey
By Jamie Bufalino

A dispute over the $33,000 installation of a gas fireplace in a residence at the Watchcase Condominiums complex in Sag Harbor has led to a four-year legal battle between Sandra Foschi, the owner of WLNG radio, and Cape Advisors, the developers of the property.

In 2013, before the complex was built, Ms. Foschi, who had been living in New York City and planned to move full time to Sag Harbor with her husband, Bill Evans, WLNG's program director, bought a two-bedroom ground floor unit with a patio. "We liked that the building is one block away from Main Street, and we're boaters, so we're a few blocks away from our boat," she said. Prior to the purchase being finalized in June 2015, the couple had asked Cape Advisors to make a few changes to the layout. "We paid to flip the kitchen to a new spot, and we paid to have a three-sided fireplace installed," she said.

"We were hoping to have a warm and cozy place," said Mr. Evans, and although having the developers install the fireplace was costly, "we wanted it to be done right, and were willing to pay more for it because Sandra had suffered through a fire in her Manhattan apartment that wiped out all of her belongings."

The fireplace had not yet been installed when Ms. Foschi toured the space a few days prior to finalizing the purchase. "Bill and I walk in, we turn left, and there's no fireplace, we're like where's the fireplace?" she recalled.

She agreed to follow through with the purchase, and wait for Cape Advisors to complete the installation. "It was contentious after closing," she said of her interactions with the developer. "We weren't living here full time then, and they were slow. The people we saw working on the fireplace were the same people who were also raking leaves and working as security. The only people allowed to touch these units have to be authorized by the manufacturer."

Ms. Foschi decided to pursue legal action when the installation stalled for good. "What pushed us over the edge was this," said Mr. Evans. "The whole thing had been Sheetrocked, but there were holes in the Sheetrock, and on the bottom where the gas valve is, there was a big hole there, and they told us, 'We're done. This is it. That's what you're getting.' "

"You're telling us it's finished, but how do you even turn it on," Ms. Foschi recalled asking at the time. "We paid $33K for it, and no one ever showed us how to turn it on or where the remote is. We never got the pleasure of seeing it on."

On July 7, 2017, she filed a suit against Sag Development Partners, the entity Cape Advisors formed to develop the property, for several "defects" in the unit including the fireplace installation, asking for more than $1 million in damages. The installation created "a dangerous and unsafe condition, rendering the fireplace unfit for its intended use, and resulting in multiple electrical installation violations," according to the suit. Installation procedures recommended by Ortal, the fireplace's manufacturer, had not been followed, the suit says. "Among other things, a live wire was installed in the immediate vicinity of the gas, which was left on."

Craig Wood, an owner of Cape Advisors, said in an affidavit that Ms. Foschi had not chosen the fireplace model until after the purchase was finalized, and the firm had begun installing it in 2015. In October of that year, it had hired Chris Mahosky, an electrician from M&B Electrical Contracting of Middle Island, to perform "preparatory electrical work for the fireplace," he said, and during his visit to the unit, Mr. Mahosky had noticed that Ms. Foschi had made changes to the apartment, including adding an ungrounded chandelier above the bathtub, and outlets installed without box sleeves, which are code violations. Cape Advisors subsequently sent an email to Ms. Foschi notifying her of the infractions, and included an invoice from Mr. Mahosky for the work to correct them. Within an hour of the email being sent, Mr. Wood said, Ms. Foschi had called Mr. Mahosky and "screamed obscenities at him, and called him a tattletale. Although [Mr. Mahosky's] work was incomplete, plaintiff also advised [him] that he was not welcome in the unit."

Ms. Foschi said she and her husband were in Mexico when Mr. Mahosky had been let into her residence without their consent. Furthermore, he seemed to be focused on everything but "the elephant in the room -- the fireplace," she said. Mr. Mahosky had been the last electrician to work on the fireplace, Mr. Wood said, and at that time, the fireplace was "about 98 percent complete, but required an electrician to install an electrical adapter and other tradespeople to build an enclosure. No unsafe conditions were left in plaintiff's unit." According to an invoice from Cape Advisors submitted as evidence, the firm had also hired Home Crafts Inc., an authorized Ortal dealership, to install the fireplace.

"I have talked to the installer myself, and there is nothing wrong with the way it was installed," said Andrea Roschelle, a lawyer for Cape Advisors, in an interview on Tuesday. "I'm not pooh-poohing her complaint, but [Cape Advisors] has more than fulfilled its obligations." Ms. Roschelle has filed a motion to dismiss the suit, noting, among other reasons, that she had established through an "avalanche of documentary evidence" that Ms. Foschi had repeatedly denied access to the unit to allow the defects to be fixed "thereby . . . releasing and discharging [the firm] from any obligation it may have had to repair those purported defects."

The manufacturer, however, has found fault with the installation. Ms. Foschi was so worried about the safety of the fireplace, she reached out to Ortal, and they sent Scott Clemence, a senior technical adviser, to inspect it. According to the inspection report, Mr. Clemence high-lighted 10 issues with the installation. "There is combustible material exposed in the chase cavity," he said, referring to the structure around the flue pipe, and noted that combustible surfaces had not been covered with fire-resistant drywall. The chase "appears to have been built with scrap or cut offs, and, as such, the structural integrity . . . could be less than adequate, and possibly a New York code violation," he said. He also found that "there is a loose outlet under the unit to supply power for the fireplace and power vent. This is not part of a proper installation." Given Mr. Clemence's report, Spencer Lowe, a general manager for Ortal's U.S. operations, recommended that the fireplace be "re-set up."

"We let the other residents know that this was a hazard, and that their own fireplaces could have the same issues," said Mr. Evans.

Last month, the couple went to see James Esposito, Sag Harbor's new building inspector, about their predicament. "He's kind of a man of action," said Ms. Foschi. "He got an authorized fireplace installer, and they both were at the apartment when the old fireplace came down and the new one came up."

After four years of litigation, Ms. Foschi, in an effort to save on legal bills, is now representing herself in the suit against Cape Advisors. "The legal process is a long, frustrating, and expensive process," she said. "They've made me no offer for a settlement, and I want my day in court."