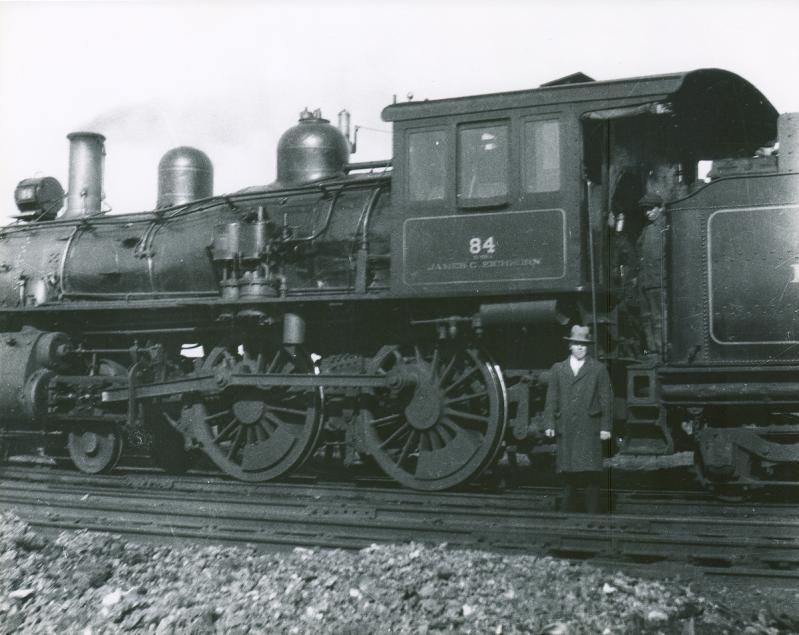 This photograph from the Amagansett Historical Association's Carleton Kelsey Collection shows the Long Island Rail Road's engine No. 84, with James C. Eichhorn's name painted on the side.

Local engines making short trips were known as "scoot" engines. This engine was one of four of the most modern types available when the L.I.R.R. put them into service in 1898. The railroad began naming locomotives after their operating enginemen in 1924, which helps date this photo.

In it, Amato (Little Nick) Dellapolla appears on the footboard of the engine, and Eichhorn's youngest son, Clement (1905-1976), poses in front with his father's name. As an interesting aside, James Eichhorn's name adorned at least one other locomotive, No. 18.

James C. Eichhorn was honored by the L.I.R.R. at a joint retirement party with a fellow engineman, L.G. Griffing, at the Henry Perkins Hotel in Riverhead on June 20, 1937. Eichhorn had worked for the railroad for 50 years, covering an estimated three million miles. He died on May 19, 1951, at 82 and is buried in Oak Grove Cemetery in Amagansett.

Mayra Scanlon is a librarian and archivist in the Long Island Collection at the East Hampton Library.