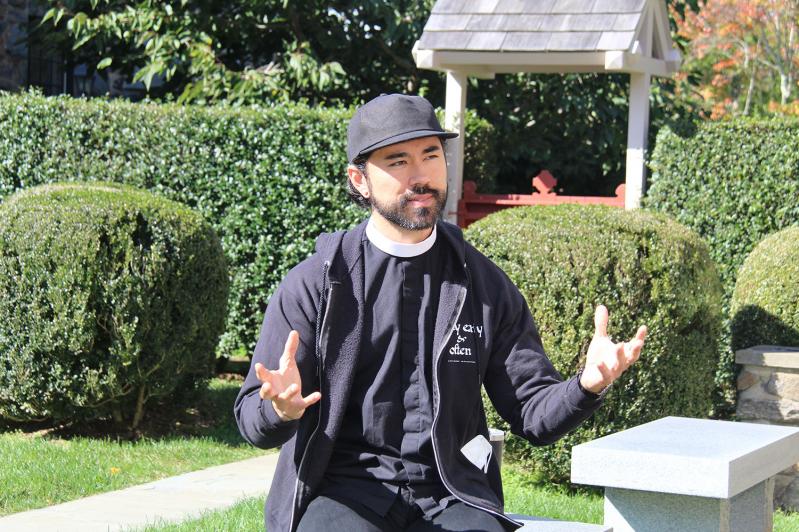 The Rev. Joseph L. Cundiff IV is settling in at St. Luke’s Episcopal Church, where he is assisting the Very Rev. Denis C. Brunelle.
Durell Godfrey
By Isabel Carmichael

Even though his parents took him to church as a child in Alabama, where his father had been transferred for work, once he was 18 and off at the State University in Tuscaloosa, he stopped attending regularly. It wasn’t until he got “a pretty clear, convincing call, almost like the hand of God but something that resonated deep within me,” that, in his early 30s he entered the Berkeley Divinity School at Yale University, he said.

Before he got the call, however, he had taught English in South Korea, where his mother is from, and worked as a paralegal in New York City.

At St. Luke’s, Mr. Brunelle has announced his intention to retire, and when he does, Mr. Cundiff could become an interim rector until the next rector is called.

“My aspiration is to be a good and faithful pastor to the people here,” he said, adding that he has already been assisting Mr. Brunelle with baptisms, weddings, and a memorial service in addition to leading the church’s 10 a.m. Wednesday services.

As for what may come next in his pastoral career, Mr. Cundiff says he may also be interested in the possibility of starting a new ministry in an “unchurched” area of Long Island, “somewhere where we could help serve the people.”