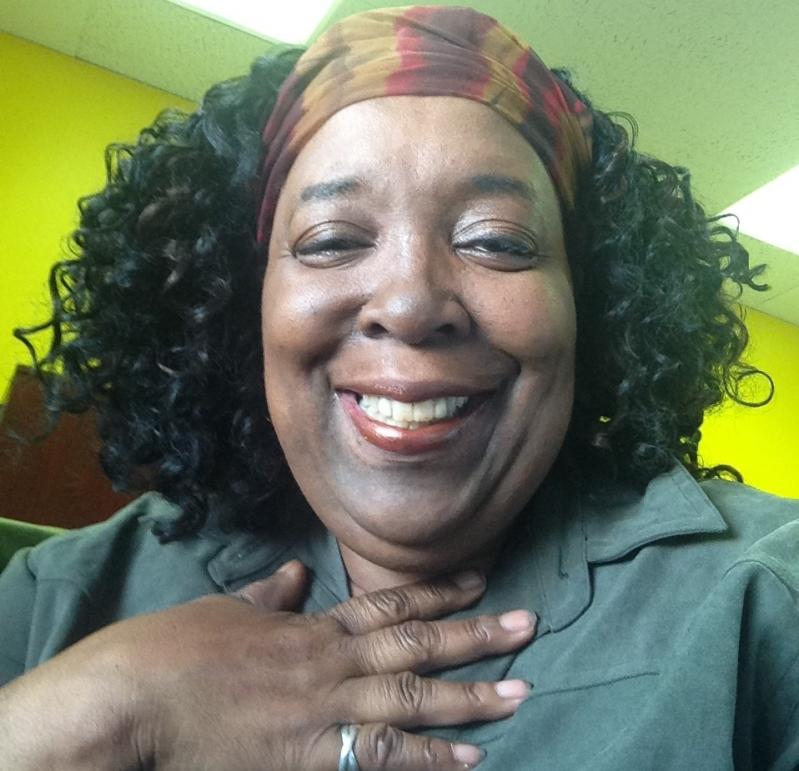 Lora Tucker of Sag Harbor likes to say she's on her "third life." An interior designer turned social worker, she is studying for a master's degree in creative writing at Stony Brook Southampton. Now, the Sag Harbor writer has landed a new job as the poetry editor of African Voices magazine.

African Voices was founded 28 years ago in Brooklyn by Carolyn Butts, who has grown it into a nationally circulated publication.

"Its main focus is to not only have noteworthy writers involved, but also lift up-and-coming writers or those who just want to express themselves," Ms. Tucker said this week. "It's great. It's a wonderful feeling to be a part of that."

She previously studied poetry with Louis Reyes Rivera, a noted poet and professor who died in 2012. He was the one who anointed her "a writer" and inspired her to keep developing her work, Ms. Tucker said. Her poem "Sag Harbor Summers" is now featured on the Brooklyn Poets blog.

"This is what I've been working all my life for, even though I had to do things to sustain myself," she said. "I've always loved writing, poetry, and to be able to have enough privilege -- it is privilege -- to be supported by friends, by my church, by my people."

Ms. Butts and Ms. Tucker have known each other for many years. Ms. Butts said it was "a natural thing" to bring Ms. Tucker on board.

"I'm thrilled that Lora was able to accept our offer to be poetry editor," she said. "We're looking forward to the kind of cutting-edge and passionate poetry she will bring to the magazine."

Ms. Tucker is the program director and community coordinator for the Eastville Community Historical Society. She is also active in preservation efforts underway in SANS, the historically Black communities of Sag Harbor Hills, Azurest, and Ninevah Beach, and is involved with the Southampton African American History Museum.

African Voices is a nonprofit publication that happened to celebrate its 20th anniversary in 2012 at B. Smith's restaurant. Its website is africanvoices.com. It also has an offshoot film festival, Reel Sisters, that will be virtual this year and starts on Oct. 24.

"I'm enjoying the variety of work and learning about how other people see the world and express themselves," Ms. Tucker said. "These are people who look like me or have similar backgrounds. I'm learning about where the differences are and what we have in common in terms of being people of color or of the African diaspora."