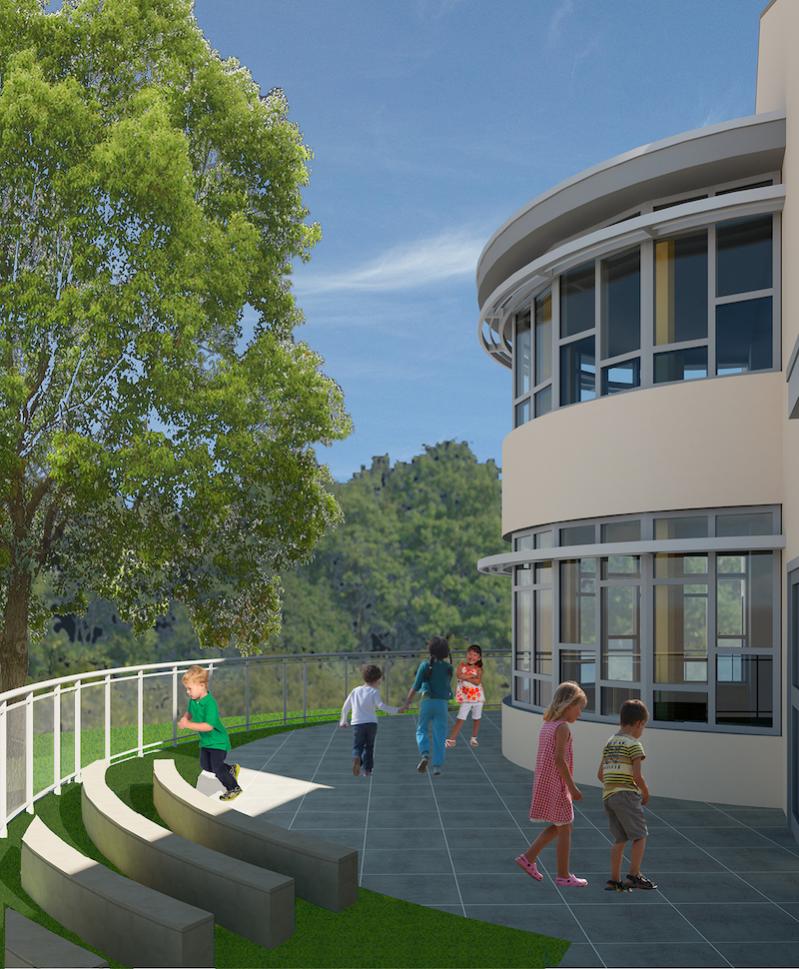 Along with additional interior space for children, the Montauk Library would also get an outdoor terrace for children if renovation and expansion plans are approved by voters.

The 1991 Montauk Library building is in need of an upgrade, according to Denise DiPaolo, its director. Montauk School District voters will have an opportunity to vote for or against a nearly $7.5 million project next week. The money would come from bond sales coordinated by the Montauk School District and paid back by taxes spread out over a number of years.

In a March interview, Ms. DiPaolo said that the work would provide about 5,000 more square feet of space, to a large degree through an internal reconfiguration. About 1,600 square feet would be added to the building’s footprint.

The children’s area would triple in size. There would be a space set aside for teens, a cafe, and a terrace with a view of the ocean. Improvements would also be made to the archive and meeting rooms.

Ms. DiPaolo said that the number of annual visitors to the library increased by more than 20 percent between 2013 and 2018. Attendance at programs for children more than tripled during that time. A new local-history and fishing memorabilia area would be housed in the new addition, which would also have a terrace. The proposal also covers sound-baffling, solar panels, vertical wind turbines, stormwater collection for irrigation, and a low-nitrogen septic system.

Voting for registered legal residents of the Montauk School District will be at the school from 2 to 8 p.m. on Tuesday.