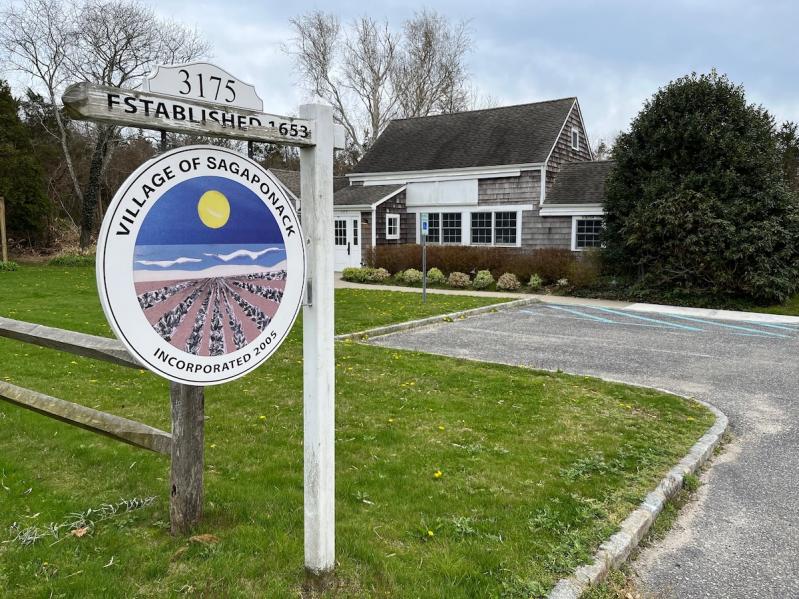 The fastest-growing sport in America — pickleball — is also the noisiest, according to a survey conducted by sound engineers hired by the Village of Sagaponack. The survey found that a game of pickleball, a quirky mashup of tennis, Ping-Pong, and badminton, generated noise levels of about 65 decibels when one is standing 10 feet away, a result of the constant “pop, pop, pop” of the plastic Wiffle-type ball being smacked by a hard paddle and then landing on a hard surface.

Although contrasting noise pollution produced by tennis, for example, was not shared during the April 13 Sagaponack Village Board meeting, a survey conducted by a Florida company showed that an average tennis player’s game generates noise levels of around 45 decibels. Sagaponack’s mayor, Donald Louchheim, did say that the Massachusetts sound engineers had stated that noise levels in excess of 50 decibels are “unsuitable for this kind of environment.”

As a result, the mayor announced that the board would recommend an amendment to village code sections 245-4 and 245-34 that would require new pickleball courts to be built with a 60-foot — rather than the current 45-foot — setback from any adjacent village property. The additional 15 feet would not be imposed on existing tennis courts that are repurposed for pickleball use, Mr. Louchheim said.

The response to this news, generated by many of the village’s residents during the meeting, was perhaps even louder than a pickleball match.

He continued by pointing out that pickleball courts built on existing tennis courts would be “grandfathered in, which makes absolutely no sense because the person who has a tennis court and then decides to use it for pickleball, you’re saying that’s okay. But if you want to put in a new pickleball court, you have to be 60 feet on each side.”

The mayor responded by citing “a concept of pre-existing, nonconforming use. Many things in this village, or any municipality, which may have been built prior to its own code change for a new regulation, are grandfathered in.”

“A pickleball court [on an existing tennis court] is clearly, in my mind, a change in use, not a pre-existing use,” another resident shot back.

Invented in 1965 by three middle-aged fathers in Washington State, pickleball has attracted around five million players nationwide, almost double the number from five years ago. It’s one racket sport that can be easily mastered, unlike others such as tennis or squash. Played on a court about a quarter the size of a tennis court, with a lower net, it has become a favorite among retirees and celebrities — according to Vanity Fair magazine, George and Amal Clooney, Leonardo DiCaprio, and the Kardashians are all fans.

Until recently, it has been played mostly at country clubs and retirement communities, but now pickleball is finding its way to the mainstream and backyards everywhere. And, for the building industry, a pickleball court offers yet another amenity to potentially drive up the price of a house.

The USA Pickleball Association estimates that costs for building courts can range from $300 for erecting a temporary net and the tape to mark lines on a tennis court or a hard surface, to $40,000 for a permanent court, depending on local labor rates.

“Pickleball is the noisiest of racket sports,” Mr. Louchheim reiterated during a recent phone call. “So, this is being done as a pre-emptive measure.” Indeed, there are many news reports of litigation across the country over the “nuisance” sounds of people playing pickleball. “All we are trying to do is to anticipate potential problems. We are not trying to reverse something,” the mayor said.

Finally, after the back-and-forth in Sagaponack Village Hall escalated to include cries of a possible decrease in land values and the curtailment of fun, the board decided on a timeout in order to conduct further research and collect more pertinent information.

As far as fitness trends go, one thing is clear — 2021 belonged to Peloton and cold-water swimming. This year, it’s all about pickleball.