Some species are thriving, many others are at the tipping point 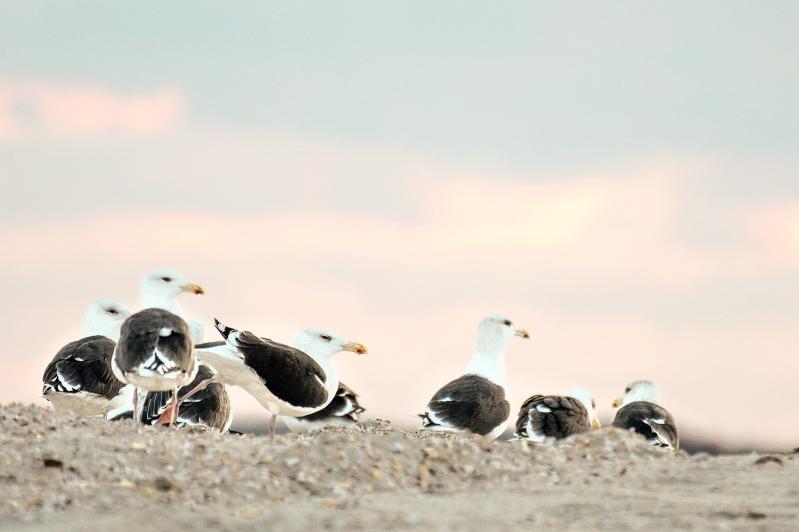 Could the great black-backed gull disappear in our children's lifetimes? If current trends don't change, it's possible. The bird is listed by the State of the Birds as a "tipping point" species despite its familiarity to East End residents.
Jay Rand
By Christopher Gangemi

Bird populations have declined steeply over the last 50 years, but the North American Bird Conservation Initiative's "State of the Birds 2022" report, published in early October, balanced the gloom with some success stories and offered strategies for future action which would "bring birds back."

According to the report, some of our local birds are faring the worst. Eastern forest birds have declined by 27 percent, sea ducks have declined by 30 percent, and shorebirds by 33 percent. In contrast, "decades of investment have resulted in dramatic gains" for wetland birds. Therein lies the hope and a key message in the report: "Conservation works when we give birds and nature a chance."

The authors introduce the concept of "tipping point species," birds that have "lost half or more of their populations in 50 years and are on a trajectory to lose another half in the next 50 years."

Perhaps the most familiar local tipping point species is the great black-backed gull.

While it may be difficult to imagine a world without our largest gull, other once-common birds have gone extinct. Only 200 years ago, there were billions of passenger pigeons. Their population crashed in the second part of the 19th century, before the bird disappeared for good on Sept. 1, 1914.

"That's one of the big points," said Ken Rosenberg, a co-chairman of the science team for the report. "They're not endangered yet, but a bird like the great black-backed gull could be a real indicator. If a common bird is experiencing sharp declines, it is surprising."

A third of our shorebirds are at the tipping point. Their main threat is "the loss of stopover habitat along coastal beaches." Many have epic, long migrations. For example, a short-billed dowitcher can move from the Canadian tundra to South America in a single year. Coastal Atlantic beaches are their rest stops. They need them. Imagine driving nonstop from New York to Florida without being able to pull over for a coffee.

Georgica Pond, Sagaponack Pond, Mecox Bay, and their mudflats are all important feeding and nesting grounds. If these areas are abused, if the symbolic fencing put up by the town's Natural Resources Department to protect plovers, for example, is ignored, in time these species will be wiped out.

In 50 years perhaps a kid will look at a wood carving of a semipalmated sandpiper, the iconic sandpiper of our beaches, and wonder what it was.

How do you make people pay attention? How do you communicate the message that humans' actions have consequences on other species?

"If we did a better job, we wouldn't have lost 3 billion birds already," said Dr. Rosenberg, citing his work on a 2019 study published in the journal Science.

To that end, the report does a wonderful job of tying bird health to human health, and environmental justice. "Birds and people alike need healthy environments."

While fear is one tactic for driving the point home, inspiring awe is another. "There's amazing media online that Cornell Lab [of Ornithology] produces," said Dr. Rosenberg. "When people watch that, you can really see a transformation. Birdfeeding is an entry point for people too. If people have no relationship with nature, that's a difficult starting point," he said. People need to see what they are losing.

Highlighting positives is also important. Not all is lost, and for all the dire news, there are success stories.

The bald eagle and osprey have both benefited from conservation efforts. Goose populations are nearing all-time highs, and many species of duck have increased since the 1970s, "due to successful policy such as the North American Wetlands Conservation Act along with coordinated efforts by public-private partnerships under the North American Waterfowl Management Plan."

The report cites the work of the Appalachian Mountains Joint Venture as one of the key drivers for the stabilization of eastern forest birds in the last decade. The venture links 12 states from Alabama to New York and is a mixture of governments, nonprofits, corporations, and individuals all working to conserve habitat.

"Birds need our help. For decades we've been trying to use the big dinosaurs of government policy. It has its limitations and solutions are controversial. I think we're entering a period of more entrepreneurial conservation," said Dr. Rosenberg.

"For people who wish their back yard had more birds, there are proven strategies. Plant natives, don't use pesticides, protect glass windows, provide shelter," he said. "For those who don't want to plant habitat, just support the organizations and projects that are helping birds. Audubon and the Nature Conservancy are in the trenches in this battle. They thrive and exist only with private support," he said.

Correction: An earlier version of this story had the wrong last name for a co-chairman of the science team for the "State of the Birds" report. His name is Ken Rosenberg.