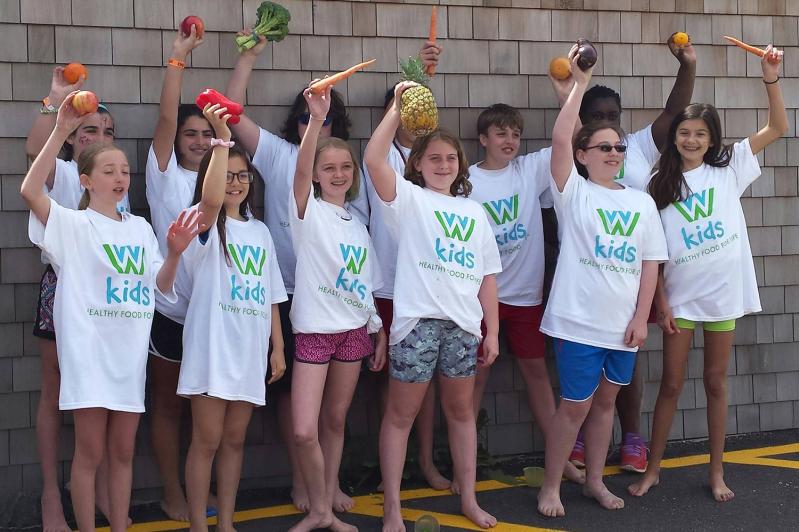 A recent PBS news report underscored the financial harm inflicted by the pandemic on nonprofit organizations in the United States, and as if to drive home the truth of the report, the Wellness Foundation of East Hampton, which is dedicated to bringing plant-based wellness to the East End, has announced that it will soon close.

The PBS report was based on a study conducted by a philanthropy research group, which predicted that over one-third of U.S. nonprofits are in jeopardy of shutting down within two years as revenue-generating activities and fund-raising opportunities dry up. The Wellness Foundation is one such casualty.

“We just didn’t feel that we were delivering the same highest-quality programs that we could in person,” said Michele Sacconaghi, the foundation’s president and C.E.O., over Zoom. “So much of what made our programs special was that in-person experience. It was also becoming harder to fund-raise, because we raised most of our money through our summer benefit and other summer events. And we haven’t been able to have those in a couple years. It’s a combination of all those things.”

Founded in 2005 by Douglas Mercer, the Wellness Foundation announced its closing just before Christmas. In a statement, it noted that the foundation had helped tens of thousands of adults and children live happier and healthier lives: “We cheered on adults in our programs who lost weight, dropped cholesterol, halted diabetes, got off medications, and felt their best. We inspired changes at our local schools and restaurants, and we taught families about the power of whole foods.”

The organization worked closely with local school districts, helping to make healthy food a priority. “One of the things that I’m most proud of is that we started doing an annual school wellness conference,” said Ms. Sacconaghi. “We brought together hundreds of people, including East End educators, and introduced them to some of the most progressive, cutting-edge kind of information about health and wellness, to inspire them to take the information back to their schools and really make changes. And I think that it made a real difference in many schools, and inspired a lot of educators to feel like they were part of something good.”

Mr. Mercer, the founder, who remained as a board member emeritus, decided to dedicate his retirement years to health and wellness following his father’s premature death, which was linked to strokes he first had at 62 — and after seeing a boycott of unhealthy cafeteria food at the East Hampton Middle School in 2005. He is viewed by many in his organization as a visionary, a pioneer of plant-based diet trends, which have been shown to help reduce chronic disease and leave a gentler footprint on the planet.

Michelle Obama also made improving child nutrition for American schoolchildren a focal point during her tenure as first lady. The Healthy, Hunger-Free Kids Act of 2010, which she championed, mandated that food sold in schools — whether for lunch or in vending machines — were required to meet new nutrition guidelines.

Thanks to the Wellness Foundation, however, the East End had already been making healthy strides in schools. “The Wellness Foundation has been at the forefront of promoting health and wellness to students, staff, adults, and communities on the East End,” said Darren Phillips, director of athletics, physical education, and health in the Southampton School District. “I have worked with the foundation for 8 to 10 years, bringing presenters and programs into our elementary and intermediate schools that educate our students on nutrition, physical activity, and social-emotional wellness. It was great to work with Michele and the Wellness Foundation over the years. So many of our kids and staff members benefited from our partnership with them.”

Ms. Sacconaghi expressed sadness that the foundation will be closing, and said that her co-workers were proud to have been at the forefront of the current trend of plant-based nutrition. With more people delivering the message of health and wellness than ever before, she said, “It was time to pass the torch to others doing this kind of work.”

As a way to give back to the community, the foundation launched its final Wellness Challenge, free to anyone who lives on the East End. The popular program, which usually costs around $150, included weekly sessions with a facilitator, who provided a meal plan and tips for a holistic approach toward a healthier lifestyle.

The final challenge filled up quickly, and registration has closed.