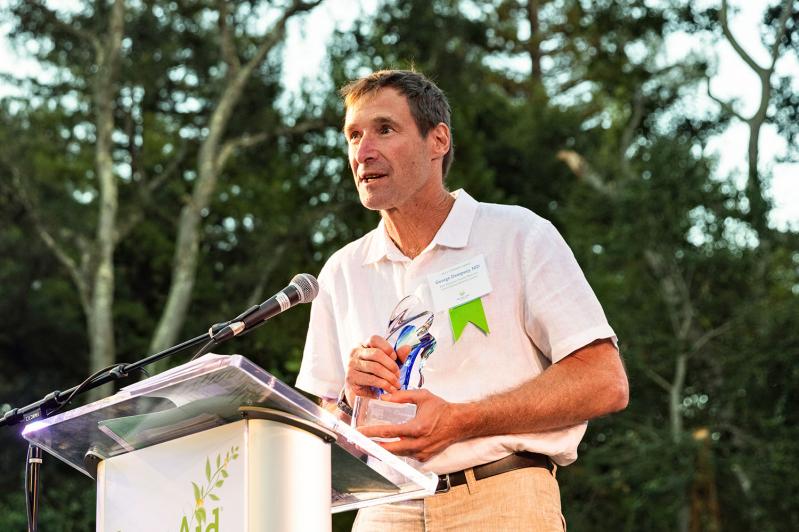 The Bay Area Lyme Disease Foundation has honored George Dempsey, the medical director of East Hampton Family Medicine, for his work in assisting with the foundation’s Lyme Disease Biobank.

Dr. Dempsey was presented with a Courage Award at the foundation’s LymeAid ceremony in San Francisco on Sept. 18. The event, which celebrates ongoing research of tick-borne diseases and acknowledges successes resulting from it, raised $650,000 for further research, education, and prevention programs for Lyme disease.

“A lot of it has already gone into developing a lot of different ways of diagnosing Lyme early,” Dr. Dempsey said in August of samples forwarded to the Biobank, “and it’s really advancing our knowledge of the immunology of disease.”