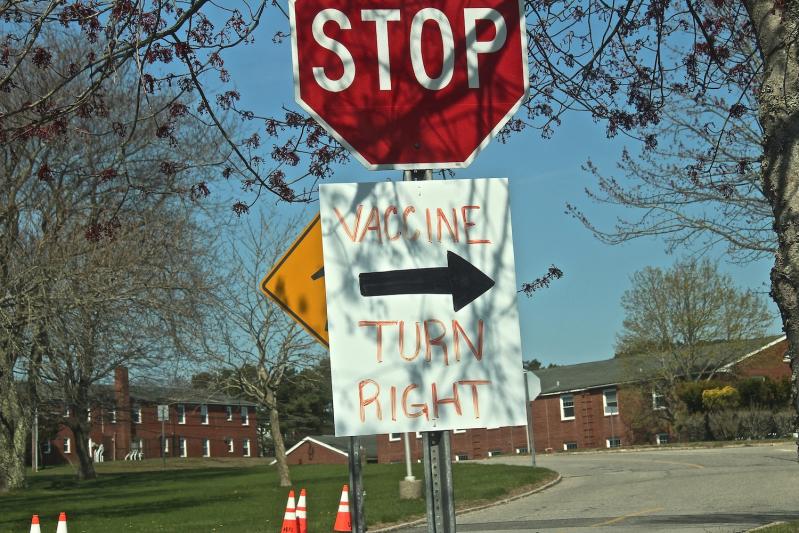 The state's vaccination site at the Stony Brook Southampton college campus opened in March and was up and running seven days a week throughout the spring and early summer.
Durell Godfrey
By Christine Sampson

The New York State vaccination site at the Stony Brook Southampton college campus will cease operations as of the end of the day on Monday, July 26. The closure is part of the state's effort to "focus on localized vaccination efforts" in specific communities with lower vaccination rates, according to the governor's office.

As the state sites close, people ages 12 and up can still schedule vaccine shots via their local doctors' offices and pharmacies such as CVS and Walgreens.

"The Covid vaccine is the greatest tool we have in our fight against the virus. It is free, effective, and easily accessible throughout the State of New York," Gov. Andrew M. Cuomo said in a statement. "With this accessibility comes the state's responsibility to target and shift resources to areas with the lowest vaccination rates. Downscaling state sites is necessary to redirect these resources, but it does not mean that you should not get your vaccine if you haven't already."

East End vaccination rates are among the highest in New York State. In Amagansett, Sagaponack, and Wainscott, more than 99 percent of eligible residents had received the vaccines as of July 4. That rate is over 71 percent in Southampton and East Hampton, 74 percent in Water Mill, 70 percent in Montauk, and 69.5 percent in Sag Harbor.

Even as vaccination rates rise, however, Covid-19 infection rates have also started to creep upward again. Suffolk County's infection rate on Monday stood at 2 percent. Of the 4,838 test results reported, 97 were positive on Monday, an increase from 88 on Sunday and 80 on Saturday.