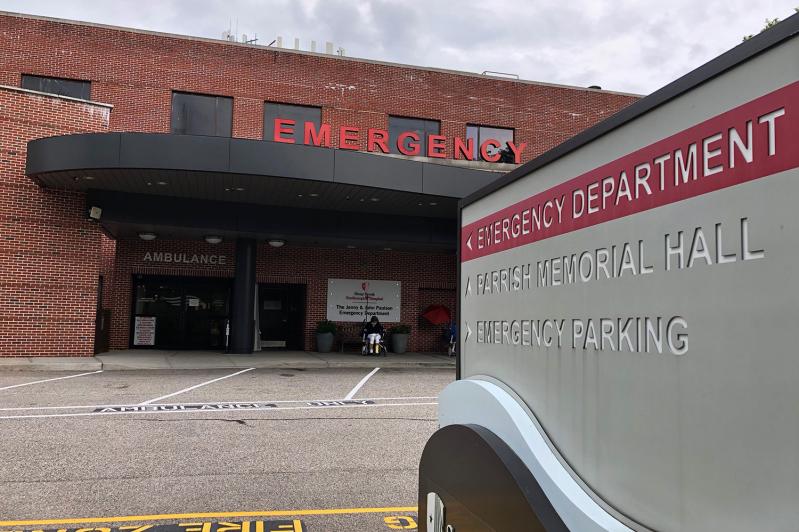 Stony Brook Southampton Hospital, which sees thousands of patients in its emergency room each year, has recently been certified as a Level III trauma center by the American College of Surgeons.
Carissa Katz
By Christine Sampson

Eduardo Rodriguesramos doesn't remember much about his arrival at Stony Brook Southampton Hospital on April 14. The Hampton Bays resident had just been seriously injured in a car accident, in which he sustained broken ribs, a broken leg, and internal bleeding.

He does, however, remember the excellent care and support he received while at the hospital for his traumatic injuries.

"It was good. The attention is great and there are very good doctors and nurses," Mr. Rodriguesramos, who ultimately had a splenectomy at the main campus of Stony Brook University Hospital, said with the help of a translator this week.

It just so happened that about one month after his accident, Stony Brook Southampton Hospital was verified as a Level III trauma center, the only one on the East End and the only one in Suffolk County certified to treat both adults and children, by the American College of Surgeons. It ensures faster and better treatment, which can mean the difference between life and death.

"It's an upgrade of your hospital system for care of the injured patient," Dr. Fredric Weinbaum, the chief medical and operating officer, said in an interview.

"I think the statement was just a really positive reinforcement of all the good work that is being done by our hospital staff. . . . I feel good about it," he later continued. "This type of work not only helps the hospital, but it helps everyone who works here and lives here — this is something that's for the community."

The American College of Surgeons has a three-tiered level of trauma care to designate hospitals' capacities for care. Stony Brook Southampton Hospital is not equipped, for instance, to treat severe brain or lung injuries; those patients are transferred by medical helicopter — about a 12-minute trip — to Stony Brook University Hospital, which is the only Level I trauma center in Suffolk County.

Dr. Weinbaum explained that Level II trauma centers engage in some medical research, while Level III centers focus on "speed of identifi-cation, resuscitation, arrival times of the appropriate staff, and the ability to transfer patients as necessary as safely and as quickly as possible." The American College of Surgeons certified that Stony Brook Southampton has the right equipment, resuscitative capabilities, blood bank protocols, and surgeons and emergency physicians who are trained in advanced life support and who commit to responding to severe cases within 30 minutes of a patient's arrival. Southampton has more than 100 surgeons, surgery residents, emergency room doctors, nurses, and anes-thesiologists on its trauma team.

"Patients with trauma are going to have better care and potentially better outcomes. The care is more systematic," said Dr. Weinbaum, who has been with Stony Brook Southampton for 14 years.

He said that in 2016, when Stony Brook Southampton received provisional status as a Level III trauma center, only 10 percent of patients with trauma were admitted to the trauma service, and now, it's over 90 percent.

The geography of the South Fork means that most patients experiencing emergencies arrive at Stony Brook Southampton. The hospital system is also in the process of building a satellite emergency facility in East Hampton Town "to help address the urgent medical needs of year-round residents and the area's increasing number of second-home owners and visitors," the hospital said in a statement.

"The community can be assured that we're acting at an appropriate standard that is consistent with what [they] should expect, which is optimal care of the injured patient," Dr. Weinbaum said. "We're holding ourselves to a higher standard, and we've put together systems to be able to meet those higher standards."

Hoedown on the Farm, Cocktails in the Garden
Main Beach Free Concerts in Final Weeks
Services and Counseling After Death of Popular Teacher Assistant
END_OF_DOCUMENT_TOKEN_TO_BE_REPLACED