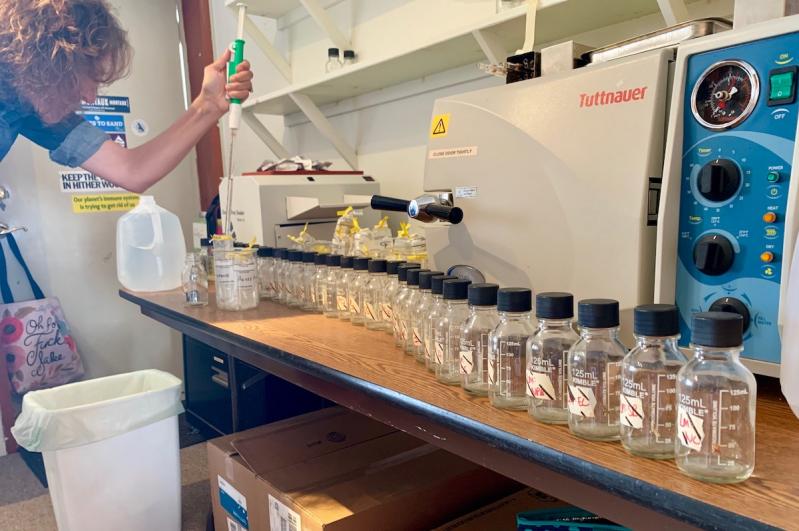 A recent round of water quality testing in Montauk shows that harmful algal blooms in Fort Pond and Big Reed Pond are dissipating and that many other water bodies in Montauk, East Hampton, Springs, and Amagansett have low bacteria counts.

The Concerned Citizens of Montauk performs the tests weekly during the warmer months of the year, testing mostly for the presence of enterococcus — a bacteria found in the gut and feces of animals — and monitoring the waters for blue-green algae and other conditions.

“The harmful algal bloom in Fort Pond appears to be waning, although we will continue to test it until we are confident the seasonal risk is done,” Kate Rossi-Snook, C.C.O.M.’s environmental advocate, said in a release. “The bloom that had existed in Big Reed Pond for most of the summer also seems to be coming to an end.”

Bacteria counts at 104 and above are considered a health threat for humans, and can usually be attributed to heavy rains, high tides, and very warm temperatures. Tutill Pond (223), East Creek (323), Fresh Pond beach (199) and creek (197), and Pussy’s Pond (464) all surpassed that level.

“Bacteria levels remain relatively low, except for in the typical problem areas,” Ms. Ross-Snook said. “Fresh Pond, however, tested unusually high, possibly a result of a flock of gulls that were congregated along the beach at the time of sampling. We typically see a spike in bacteria levels at Tuthill Pond in September, for reasons unknown at this time.”

More information about water testing is on C.C.O.M.’s website, preservemontauk.org.