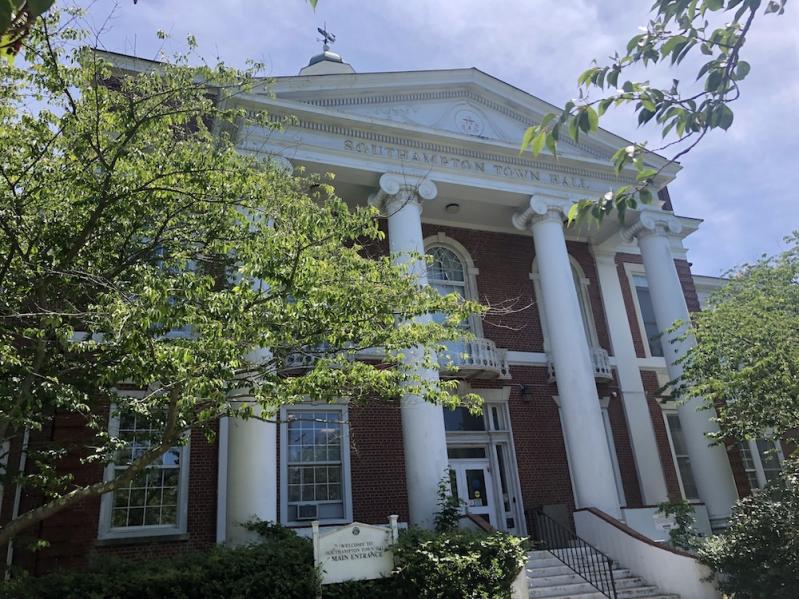 The organizers of a July 25 Chainsmokers concert have been slapped with a single citation covering multiple violations of town ordinances.

Southampton Town officials confirmed Tuesday that the concert organizers, In the Know Experiences and Invisible Noise, received one written violation. It is unclear which town code provision they allegedly violated, nor is it clear exactly what kind of penalty or fine they face.

"This is an ongoing investigation and I am unable to provide any additional information beyond that at the moment," Ryan Murphy, Southampton's code compliance and emergency management administrator, said in an email to The Star on Tuesday.

The Chainsmokers' event companies said through a spokesman yesterday they are fully cooperating with investigators. "We agree with Governor Cuomo and State Health Commissioner [Howard] Zucker that compliance at this time is critical to the health of our neighbors and friends — and our communities and state — and we attempted to take every precaution to ensure that we were doing so."

Since the July 25 concert, attended by as many as 3,000 people, media reports have also emerged alleging that an after-party with about 200 guests took place at a private house in Amagansett.

East Hampton Town Police Department records from that weekend show there were four residential noise complaints called in late Saturday night in Amagansett. Two were at addresses on Fresh Pond Road, one was on Cranberry Hole Road, and one was on Montauk Highway. There were also two 911 hang-up calls in the vicinity of one of the two Fresh Pond Road addresses.

However, East Hampton Town Police Chief Michael Sarlo said on Tuesday he was not aware of such an after-party.

"And if anyone had information regarding a large gathering at a private residence in our jurisdiction, we would have appreciated a report. We received nothing, and had no event reports made regarding any large gatherings," he said in an email to The Star.

Meanwhile, according to Southampton Town Supervisor Jay Schneiderman, New York State officials also continue to investigate the concert, which took place at Nova's Ark in Bridgehampton. It was a drive-in style concert with space around each car to maintain social distancing, but numerous social media videos and photos show a big crowd directly in front of the stage ignoring the rules.

"They're interviewing people. Not me, yet, but they will," said Mr. Schneiderman, whose band was an opening act for the Chainsmokers. He has said the rules were being followed while his band was playing. David Solomon, C.E.O. of Goldman Sachs, who goes by the name D.J. D-Sol, also played an opening set that night.

In the meantime, Gov. Andrew M. Cuomo has launched state investigations into two large events in New York City. On Sunday, Gothamist reported that New York City Police broke up a "secret rave" under the Kosciuszko Bridge in Brooklyn at 4 a.m. that day, and the New York City Sheriff's Office announced it had arrested the captain and owner of a party boat called the Liberty Belle, charging it with health and alcohol-related violations, after it docked at Pier 36.

"We continue to see situations that are just not intelligent, and local governments have to crack down on these, whether they're in New York City or Long Island or upstate New York. . . . Protecting the health and safety of New Yorkers remains our number one priority, and we will continue to take aggressive enforcement actions against businesses that violate the law," Governor Cuomo said during a press briefing on Monday.

Mr. Schneiderman said Southampton Town has also put its drive-in movie events on hold for now. "We're certainly going to analyze whether these types of events can be done safely, to what degree we can rely on private security firms to do the Covid enforcement. How big can these events be — at the moment the state does allow them, as long as you follow the guidelines," he said.

At the heart of the concert investigation is what has now been called the "V.I.P. area" in front of the stage, where videos on social media show that Covid-19 precautions fell to the wayside sometime after the Chainsmokers took the stage.

Mr. Schneiderman called upon the concertgoers to "get tested if they were in the area where the [permit] requirements were not met. They should be monitoring themselves for symptoms, and come forward. At least alert the Suffolk County Department of Health that they may have been exposed, that they were at an event where social distancing was not maintained. We've reached out to the county and state for assistance."