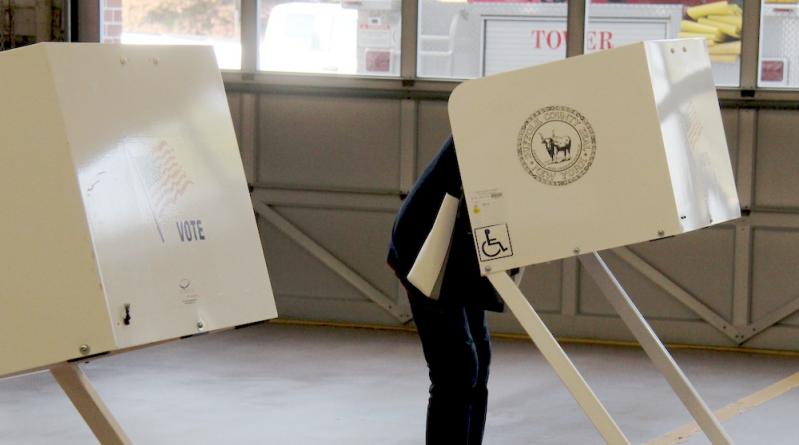 With hours to go before the polls close, Jerry Larsen, a candidate for East Hampton Village mayor in Tuesday's election, has signaled that he intends to contest the results of the election and ask that all ballots, voting machines, and objections to ballots be impounded.

Mr. Larsen served legal notice to the village, Becky Molinaro Hansen, the village administrator, and Barbara Borsack and Arthur Graham in their capacity as fellow candidates for mayor.

"It has been reported that a record number of absentee ballots have been received by the village clerk for the upcoming general village election," read paperwork filed in New York State Supreme Court Tuesday on Mr. Larsen's behalf by Vincent J. Messina Jr. of Messina, Perillo & Hill. "As a result, it may be that the final outcome may hinge upon the judicial review of the voting machines utilized in the election, as well as challenged paper ballots, ballots rejected by the village clerk, including but not limited to absentee ballots."

Earlier this month, Mr. Graham had questioned the authenticity of 200 voter registrations, and formally challenged them with the Suffolk County Board of Elections. After receiving the voter roll as of Aug. 21, he noticed numerous irregularities. A list he sent to the Suffolk County Board of Elections included dozens of people who had listed commercial properties, including the Palm restaurant, the Village True Value hardware store, Fierro's Pizza, and John Papas Cafe as residential addresses.

Mr. Graham was inside the polling place contesting some voters in person. Shirley Wornstaff, the election chairwoman, said Mr. Graham had contested four voters who were then required to take an oath that their voter registration was valid. They complied and subsequently cast their votes.

Ms. Wornstaff said another voter who had been contested was found on the voting roll and was allowed to vote without taking an oath.

According to Mr. Graham, that voter was Bernard Kiembock, the owner of the hardware store, whose address on the roll was the store's address and not a residence.

Mr. Larsen said that his lawyer advised him to serve legal notice to the village because of Mr. Graham's presence at the polling place and the votes he had contested. Speaking on behalf of his NewTown party candidates, Mr. Larsen said, "We are proud to safeguard and ensure the rights of our citizens to have every proper vote counted, as opposed to my opponent, who has chosen to violate the provisions of the election law by attempting to act as a poll watcher and remaining in the polling place all day."

According to Mr. Messina's filing, "a proceeding seeking judicial review of a village election must be commenced no later than three days after the file of canvass results." Mr. Larsen brought his petition before the polls closed, according to legal documents, "in order to prevent the lack of a remedy thereafter due to time constraints."

Polls are open for in-person voting until 9 p.m. Tuesday. Voters are also choosing among five candidates for two seats on the village board.

With Reporting by Carissa Katz
--
Note: This story has been updated since it originally appeared online. In addition, Arthur Graham said he was not working as a poll watcher, but was at the polling place watching as people voted.