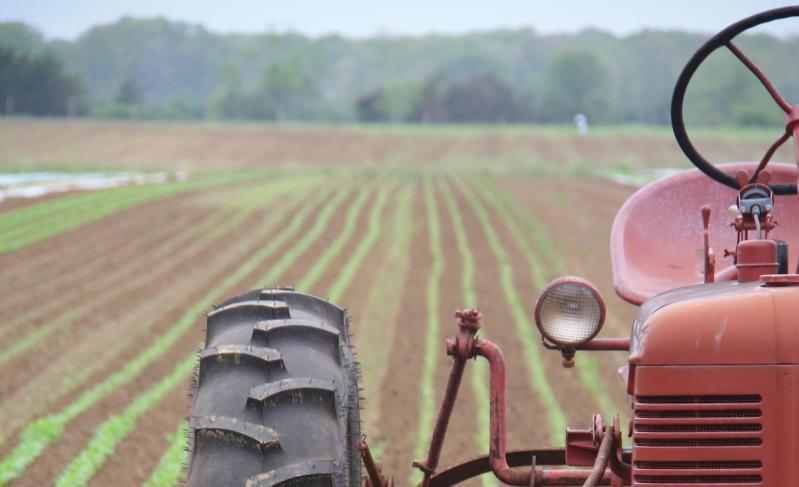 School districts are often mandated to buy food from the lowest bidder, noted Nicholas Freudenberg, the director of the CUNY Urban Food Policy Institute, "but if the lowest bidder is a multinational corporation, that doesn't give you the opportunity to benefit the local economy, to protect the land, to protect farmers and farm workers."
Durell Godfrey
By Jamie Bufalino

Seeking to address food insecurity and weaknesses in the local food system that have been exacerbated by the Covid-19 pandemic, the East End Food Institute and the City University of New York Urban Food Policy Institute launched an effort on Tuesday to develop a plan to improve the system with the help of farmers, food workers, and others.

"The goal we hope to kick off is to really think what did we learn from the pandemic that will enable us to solve the problems that existed before the pandemic, so we can make a more equitable, a more sustainable, a healthier food system," said Nicholas Freudenberg, the director of the CUNY Urban Food Policy Institute, and a Springs resident. "That will take a village of food growers, food workers, food businesses, local elected officials, food insecure people, and food security programs. That's who we want to bring together to come up with a plan."

Over the past year, Mr. Freudenberg and Kate Fullam, the executive director of the East End Food Institute, have been studying the ways food is distributed in the region.

"The systems that we have in place to feed people are biased and broken," said Ms. Fullam, citing school food programs as an example. "Everyone should be able to enjoy the local bounty, regardless of their economic status, but right now, when I talk to food service directors, they can get an apple from New Zealand that's cheaper than the apple from up the road at the Milk Pail in Water Mill."

School districts are often mandated to buy food from the lowest bidder, Mr. Freudenberg noted, "but if the lowest bidder is a multinational corporation, that doesn't give you the opportunity to benefit the local economy, to protect the land, to protect farmers and farm workers." New York has laws that allow for exceptions for local growers, he said. "Those ought to be expanded, so school districts on the East End can buy from farms on the East End."

From a farmer's perspective, the high cost of land, labor, and getting supplies to the East End makes it nearly impossible to lower the price of produce, so "how do we find common ground, and how do we leverage public policy so that it doesn't have to be us against them?" asked Ms. Fullam.

On Tuesday, Ms. Fullam and Mr. Freudenberg gathered more than 50 people together in an online forum to discuss such issues. They included Mark Smith, the chief executive officer of the Honest Man Restaurant Group, which operates Nick and Toni's, La Fondita, Rowdy Hall, Townline BBQ, and Coche Comedor restaurants, Layton Guenther, the director of Quail Hill Farm in Amagansett, and Michael Daly, a board member for the All for the East End nonprofit, which raised more than $1.3 million to help local food pantries and other charities during the pandemic.

The ultimate goal of the collaboration, said Ms. Fullam, is "to develop a long-term food plan so that in a time of crisis, we're not just all running around saying, 'Oh geez, what can we do?' "

At the start of the pandemic, that's exactly what happened on the East End, as food pantries and other local groups sought to help the increasing number of people who needed food, she said. "At the East End Food Institute, we were sending out the cavalry to help schools and food pantries keep up with the demand. We secured a farm-to-school grant that we used for emergency school meals, and we set up drive-throughs for folks that would usually get breakfast or lunch at school."

"School food has played a really important role in addressing food insecurity on the East End, and when schools shut down that was really compromised," added Mr. Freudenberg. "As students go back to school, we need to make sure that those meal programs return to their former status, or even go beyond it." Food pantries are necessary, he said, but they are not sufficient for addressing food insecurity.

Going forward, they hope to come up with solutions to help food producers find more ways to market and distribute their products. "By aggregating producers, as the East End Food Institute is doing, you enable a player who isn't totally motivated by profit to achieve other goals such as food security, providing healthy food, and protecting the environment," said Mr. Freudenberg.

They want to find ways to better protect the livelihoods of food workers. "Many of the food workers on the East End are low-income, many are women, many are immigrants, many are people of color, so the populations whose health was already at risk were losing income and that put their access to food, housing, so many things at risk," he said.

And they want to figure out how to maximize the East End's agricultural assets. "We have to improve the economics of farming in our region so we can feed more people and make it more affordable for people to eat local food," said Ms. Fullam.

"The goal of our project is to create a platform of local voices who experience problems with the system, and can find common goals," said Mr. Freudenberg. "So much of food policy is set by the big guys — the multinational food corporations, and the supermarket chains — but, on the East End, we're all in this together."