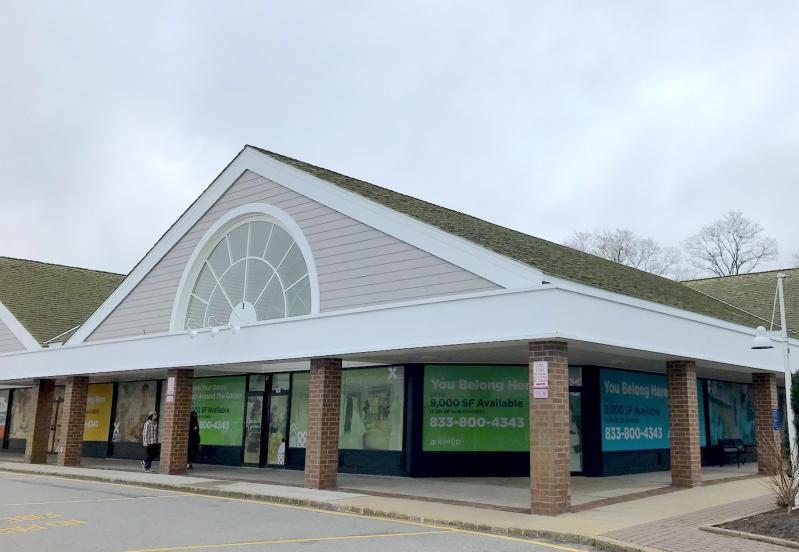 Barnes & Noble will open a new bookstore in the Bridgehampton Commons this summer, taking over two storefronts previously occupied by Collette and Collette Annex. While the company’s website boasts that it is “the world’s largest retail bookseller,” this will be their first foray into the South Fork bookselling world.

“We are very happy to be bringing a bookstore to Bridgehampton, a community we have wanted to be a part of for many, many years,” James Daunt, the chief executive officer of Barnes & Noble, said in an announcement last Thursday.

Mr. Daunt was appointed C.E.O. of Barnes & Noble after the company was purchased by Elliot Advisors, a hedge fund, in 2019.

The new store will be 9,000 square feet and is not simply a pop-up. “We intend to trade here for as long as possible,” wrote Janine Flanigan, Barnes & Noble’s director of store planning and design. She said the company’s average store is 25,000 square feet but that “We’ve been trying out different new store models,” and new stores can be as small as 5,000 square feet.

“In the last two years we’ve rolled out a new store format. We have new fixtures, new furniture, and a bright, modern oak look,” she said, in a phone call.

“Some of our stores are overbuilt at 40,000 to 50,000 square feet.” Until 2014, Barnes & Noble’s flagship store on Fifth Avenue was the largest in the United States, at 154,000 square feet. The pandemic necessitated a rethinking of the model, however.

Because it is on the smaller end, there will be no cafe or coffee shop attached to the Bridgehampton store. “We want to max out our opportunity to have a great selection of books, gifts, toys, and a small, curated selection of about 400 records,” she said.

When told about his new competitor in vinyl sales, Craig Wright, the owner of Innersleeve Records in Amagansett, said he welcomes the company to the Hamptons and is not worried. “We sell everything that they carry, but in addition the vinyl fan can come here and find collectibles, vintage records, and original pressings. I don’t think they’re going to turn into a destination for vinyl shoppers,” he said.

News of the bookseller’s imminent arrival in the Commons sparked heated speculation on social media about other changes that may be ahead for the shopping center, where the anchor store is an increasingly empty Kmart that is one of the last three in the country.

Asked about the future of Kmart, Mr. Weinkranz declined to comment. In April, it was reported that Kimco was looking for a new tenant to anchor the Commons.

While Kmart is no longer a draw, “The new store will be a key business serving the needs of our community and generating further customer visits for all our tenants,” Mr. Weinkranz said in a statement. “Barnes & Noble is another great Kimco tenant partner that further addresses the rising demand for in-store shopping experiences that can’t be duplicated online.”

The East End is already blessed with many bookstores that can’t be duplicated online, or in a shopping center. BookHampton in East Hampton, Southampton Books, in Southampton, and Canio’s Books and Sag Harbor Books in Sag Harbor, are a few.

“Independent bookstores have their own character. That’s one of the things that people love experiencing, the uniqueness of the independent stores that we still have,” said Kathryn Szoka, a co-owner of Canio’s Books, which has been in Sag Harbor since 1980. “Each store is a reflection of the individual owner’s interest and customers who frequent the stores.”

“We’re focused on this community, the customers, and being attentive to their needs. Big corporate cookie cutter businesses just have a different model,” she said. “Big chains make all their decisions at a corporate level. It interrupts the smaller pool of diverse bookstores and weakens the diversity of thought offered to the public.”

Ms. Flanigan said while that was true of Barnes & Noble in the past, the new ownership has changed the formula. She said they no longer have agreements with publishers in which they pay for shelf space. “We’ve given that control over to the booksellers who control the inventory of what they sell.”

After a period of quiet, where the bookseller opened just 15 stores between 2010 and 2019, Barnes & Noble opened 16 in 2022, and is hoping to open another 30 nationwide in 2023. It opened one other store on Long Island, in Riverhead, last year, after going 14 years without a new location on Long Island.

“We’ve never had a Barnes & Noble out here,” said Ms. Szoka. “So, we really don’t know how it will affect us. But we need only look to New York City and the impact of Barnes & Noble opening stores in neighborhoods with indie bookshops. Many of the indies closed.”
--
Note: This article has been updated since it originally appeared online.