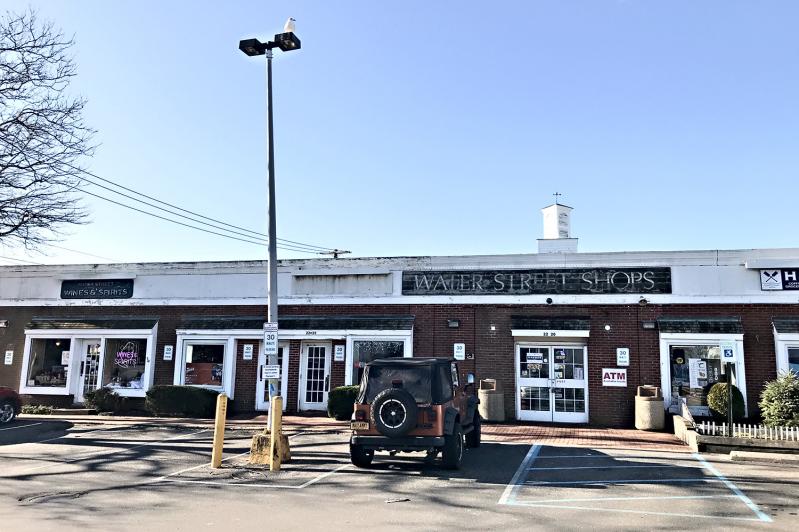 The property on Long Island Avenue in Sag Harbor where Friends of Bay Street had planned to build a new Bay Street Theater is instead being put on the market, The Star learned this week.

Hal Zwick, who is handling the sale for Compass Real Estate, would not reveal an asking price earlier in the week, but a Compass listing released Thursday had it offered for $25 million.

"We have thoroughly examined the site and have determined this property is no longer viable to build a theater as originally envisioned. Therefore, we have decided to list and sell the property," Mr. Potter said in a press release.

According to Tracy Mitchell, Bay Street's executive director, the theater has renewed its lease at its current location on the Long Wharf.

As for what the future holds for the building, “7-Eleven is allowed, obviously, and who knows, maybe they’ll be back,” Mr. Zwick said in a phone call.

Friends of Bay Street purchased the property in October 2020 for just under $13.1 million, during a waterfront building moratorium that put all new development on hold. In April 2021, Bay Street unveiled plans for a new 299-seat theater complex at the site, with a main stage, a smaller production area, a retail store, and a restaurant. The plans were celebrated by some, but derided by many as being too large.

Coming on the heels of Bay Street’s announcement, there was a wave of real estate activity in the immediate vicinity, including a continuing mini-war between the village and Mr. Potter over a lease at the humble “gas-ball” lot, which the village leases for parking but which was expected to eventually provide parking for the theater. Mr. Potter also announced his intention to purchase the building at 2 Main Street, home to K Pasa restaurant and other businesses, and to raze it, making the open space there contiguous with the John Steinbeck Memorial Park.

Last summer, however, Southampton Town Supervisor Jay Schneiderman said that community preservation funds might be used to purchase the lot instead, to extend the newly created John Steinbeck Park under public ownership.

But in the time since Friends of Bay Street purchased 22 Long Island Avenue, the building moratorium expired, and Sag Harbor enacted a new waterfront overlay district in March 2022 that restricted heights of structures on waterfront lots to 35 feet.

Because the theater would have been over 3,500 square feet, it would have also had to go through a special exception review by the village board. Friends of Bay Street wrote a letter to the village requesting a height increase to 39 feet, or a height bonus for Federal Emergency Management Agency compliance, but the village shot that down, saying, in an F.A.Q. sheet when the legislation was being mulled, that “allowing a height bonus for FEMA compliance is not the goal of this legislation, which, again, seeks to maintain the existing character of the waterfront and the village.”

The village went on to explain that “elevating buildings conflicts with the vision for the waterfront area, as they have a greater impact on views of the water, create discordance when compared to established building elevations, and are not consistent with the historic pedestrian scale environment.”

Adding to the hurdles for Friends of Bay Street, interest rates have more than doubled since October 2020 and construction costs have risen as well, perhaps changing the financial feasibility of a project that would have had to receive multiple variances to move forward.

“A third of the calls we receive, the first thing people say is, ‘We like Sag Harbor,’ ” he said. According to baystreet.org, “Friends of Bay Street was created by the Bay Street Theater board of directors to build a new theater and turn it over to Bay Street Theater to own and operate. Securing a permanent home will be an existential milestone for the theater and the village.” Representatives of the theater have said in the past that if it could not find a suitable site in Sag Harbor it may be forced to look outside of the village for a new home.

In a press release on the sale of the Long Island Avenue property, Ms. Mitchell said, “Bay Street will remain a vibrant and dynamic cultural center for all of the East End. The role we play as a cultural anchor for the village, for over 30 years now, will continue uninterrupted. We are confident in our future and enjoy a loyal, enthusiastic supporter base with a robust year-round schedule. We will continue supporting our community, the artists, and over 30 other non-profits with whom we partner.”