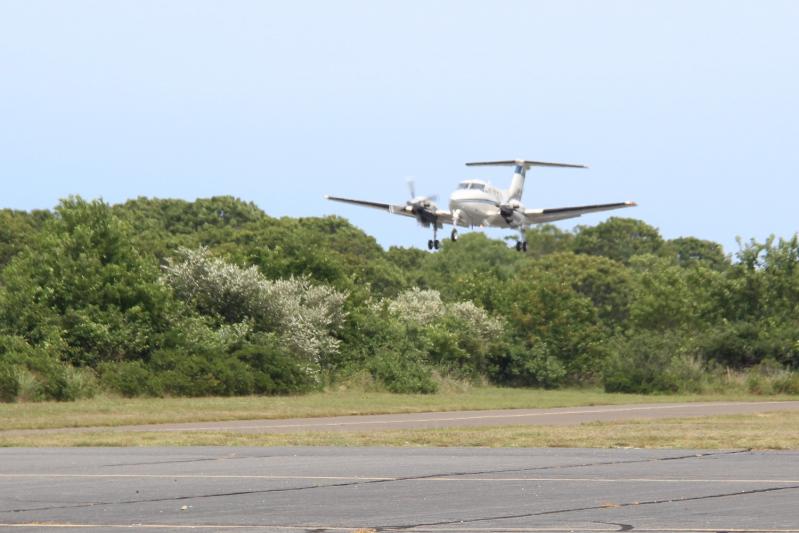 Montauk Airport, the small, privately owned airport that has taken on an outsized role in the controversy over the planned privatization of the larger East Hampton Town Airport, has been sold, an owner confirmed on Tuesday.

"The airport has changed hands," Perry (Chip) Duryea, an owner of the airstrip near the end of East Lake Drive, told The Star. The transaction closed on June 14, he said. Mr. Duryea would not disclose the buyer, but said that "I am sure they will reveal their identity at the proper time."

Leonard Ackerman, an East Hampton attorney who was involved in the transaction, also confirmed the sale, but said that he was not at liberty to reveal the buyer's identity.

The airport, constructed in 1957, has been a focus of intense scrutiny in recent years as the town board has moved to enact restrictions at the airport in East Hampton. That airport was to close as a public airport on May 17 and reopen as a private facility with new restrictions, but did not after a judge issued a temporary restraining order prohibiting the change.

The privatization fostered fears in Montauk that air traffic would be diverted there. Five residents of the hamlet are plaintiffs in a lawsuit brought by East End Hangars, one of multiple actions that led to Justice Paul Baisley of New York State Supreme Court granting the temporary restraining order one day before the planned closure. While the designation of the airport in East Hampton has changed from HTO to JPX, the planned implementation of curfews and restrictions, including a limit on aircraft to one takeoff and one landing per day, remains in limbo.

Supervisor Peter Van Scoyoc said on Tuesday that, given the order prohibiting the town from implementing restrictions at the airport in East Hampton, he is not at present concerned about diversion of air traffic to Montauk. The town "had sought to study what the impacts might be" of restrictions at East Hampton Town Airport, "and respond accordingly. Unless and until we can move forward, we won't be able to do that."

But he added that "there is always concern about increased traffic at all airports, especially out here," noting "a significant amount of growth" at Francis S. Gabreski Airport in Westhampton Beach. "We know the heliport in Southampton is pretty much at capacity. The natural progression of things is that any airport in the area would continue to see growth like that, whether there's a JPX or not."

Prevented from privatizing the airport for the time being, the town has asked its outside council to "begin the process of understanding and completing the steps to closing JPX as soon as legally possible," as William OÕConnor of the Cooley law firm put it earlier this month. The town has filed an appeal of the temporary restraining order. That action is covered separately in this issue.

Speculation as to a buyer of Montauk Airport has included Blade Air Mobility, which allows users of its app to book seats on scheduled helicopter, airplane, and seaplane flights. Blade is another plaintiff in a lawsuit to prevent East Hampton Airport's closure or the enactment of restrictions there, and its president previously would neither confirm nor deny that the company was a suitor for Montauk Airport. Earlier this year, a Blade official asserted that its customers would continue to fly to the South Fork, including to Montauk, if the airport in East Hampton was off limits to its aircraft. Emails to a Blade official and to Randy Mastro, an attorney representing the company, had not been answered as of yesterday.

Mr. Duryea's father, Perry Duryea Jr., was among the early partners of the corporation that developed the airport. A State Assemblyman and the Republican Party's 1978 candidate for governor of New York, the elder Mr. Duryea, who died in 2004, often flew between Montauk and Albany while serving in the Assembly.

For the younger Mr. Duryea, who has been president of the corporation that owns the airport since his father's death, "this is the end of a long journey." He worked there as a teenager, he said. "I then got my twin-engine rating there."

The airport was listed for sale in 2012, with an asking price of $18 million. "There have been a number of parties who have come forward over the years and shown varying degrees of interest, particularly relative to the situation at East Hampton Airport," Mr. Duryea said. "It's kind of waxed and waned, if you will. But recently, things seemed to ramp up a bit. The ultimate conclusion was, of course, a transaction."

He said that he will "serve in a transition capacity for the next few weeks" and "do what I can to assist" as the new ownership takes over.