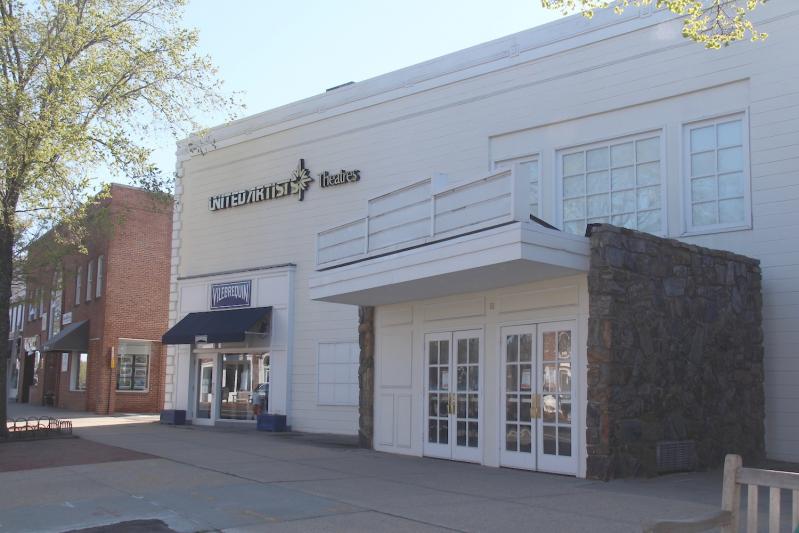 The marquee at the East Hampton movie theater will be blank no more as Regal prepares to reopen the theater on Friday, May 21.
Durell Godfrey
By Jamie Bufalino

After more than 14 months of darkened screens and empty seats, the East Hampton movie theater will reopen on Friday, May 21, according to Manhattan Skyline, the company that leases the building to Regal Cinemas.

Regal's corporate website says the theaters in Southampton and Hampton Bays will also reopen that day, but that could not be confirmed, and the latter building is reported to have been sold.

The theaters have been closed since March 16, 2020, when New York imposed a pandemic lockdown on non-essential businesses. In October, Regal and its parent company, Cineworld, suspended operations at all of its 536 theaters in the country due to ongoing lockdowns in New York and other major markets. "The prolonged closures have had a detrimental impact on the release slate for the rest of the year, and, in turn, our ability to supply our customers with the lineup of blockbusters they've come to expect from us," said Mooky Greidinger, the chief executive officer of Cineworld. "As such, it is simply impossible to continue operations in our primary markets."

The company started a phased reopening on April 2 with showings of "Godzilla vs. Kong" and "Mortal Kombat," and with theaters implementing safety protocols. Ventilation systems at theaters have been improved to allow more circulation of fresh air, the company said, and employees will be required to wear masks and undergo daily health screenings including temperature checks. "Guests are required to wear a face mask at all times while in the theater lobby, auditoriums, and restrooms," according to the company's safety guidelines. "Masks can be removed only while eating and drinking while seated in an auditorium." Employees will enforce compliance.

Starting May 19, capacity allowed at theaters in New York will depend on a venue's ability to provide six feet of distance between patrons. The Regal guidelines call for limiting capacity to 50 percent in states where that is required, and maintaining two empty seats between groups. It is not clear what capacity will be allowed at local theaters, and a Regal spokesman did not respond to requests for clarification.

In an effort to limit crowding at concession stands, guests at the theater will be able to pre-order items by using the company's smartphone app. The self-service condiment stands will be removed, and those seeking popcorn and soft drink refills will receive new containers.

The protocols are "derived from guidance from public health authorities such as the Centers for Disease Control and Prevention, the World Health Organization, and the Occupational Safety and Health Administration," Dr. David F. Goldsmith, a lecturer in George Washington University's Department of Environmental and Occupational Health, said in a Regal-produced video about the theater's Covid guidelines. "These are all ways that we know we can stop the transmission of the virus."