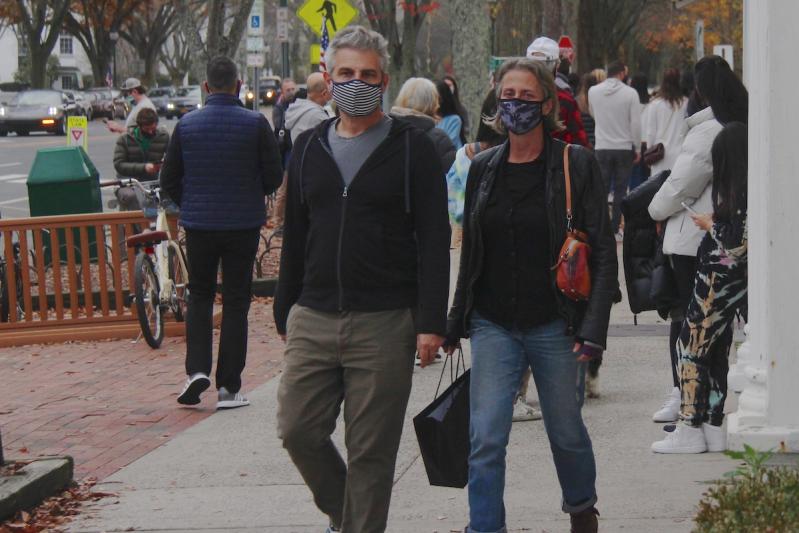 "Most of this activity was due to what I refer to as the Covid kick-up -- the migration of urban dwellers to the country," Judi Desiderio, the C.E.O. of the Town and Country agency, said of the the record-breaking year in real estates sales.
Durell Godfrey
By Jamie Bufalino

Across the region, from Montauk to Westhampton, a "massive increase" in home buying resulted in more than $1.6 billion in sales during the quarter, an "unprecedented" 124-percent increase over the same period in 2019, according to the Brown Harris Stevens agency. The sales total for the year was a record-setting $5.49 billion, the report said.

The 2,508 homes sold "represent the highest number of yearly sales in 15 years," said Robert Nelson, the firm's executive managing director for the Hamptons.

In the fourth quarter, houses in the $1 to $2 million range were the most sought after, accounting for 34 percent of transactions, followed by homes priced between $500,000 and $1 million at 21.6 percent.

And, across all price categories, the prospects for 2021 remain strong. "We are experiencing continued demand in both sales and rentals going into 2021, with limited supply," said Mr. Nelson.

"The final three months of 2020 closed out the year shattering several records," said Judi Desiderio, the chief executive officer of the Town and Country agency. "Most of this activity was due to what I refer to as the Covid kick-up -- the migration of urban dwellers to the country."

There were 118 home sales in East Hampton (which includes Wainscott in the agency's report), nearly triple the number from the same quarter in 2019. In Amagansett, 29 houses were sold, compared to just 7 in 2019, an increase of 314 percent. Similar booms were registered in other villages and hamlets including East Hampton Village, where home sales increased by 200 percent; Montauk, up more than 175 percent; Southampton (including North Sea), up 146 percent, and Shelter Island, up 154 percent.

The average price of East End houses also rose by 39 percent to nearly $2.6 million, the highest on record, according to the Corcoran Group. The highest-priced sale was at 15 West Dune Lane, an 8,000-square-foot, 14-bedroom, 15-and-a-half-bathroom oceanfront residence in East Hampton Village, which sold for $61 million, the agency's report said. It spent just 38 days on the market, according to a Compass listing.

The surge in home sales has been a boon to the Peconic Bay Community Preservation Fund, which provides money for land and historic preservation, water quality improvement, and the protection of maritime heritage. It receives the proceeds of a 2-percent real estate transfer tax in the five East End towns. Assemblyman Fred W. Thiele Jr. announced on Monday that the fund had received $21.31 million in December, the highest monthly total in its history. "Seven out of 12 months in 2020 produced revenues in excess of $10 million," Mr. Thiele said. The fund's annual total was a record-breaking $139.42 million, far surpassing the previous high-water mark of $107.69 million in 2014.