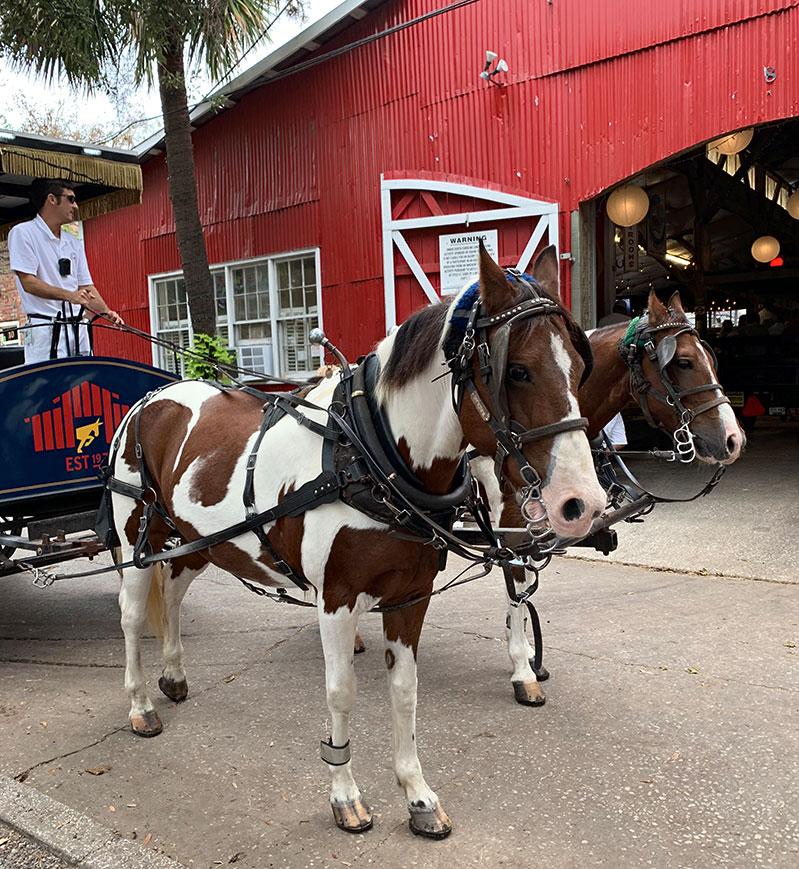 There are many paths you can take down the Eastern Seaboard, but I like the ones less traveled that stick in your memory and teach you a bit of American culture that isn't learned in the classroom.

As you head out of Long Island, perhaps stop at the Lakehouse restaurant or the Whalers in Bay Shore for a lobster roll while pondering this guide to an ultimate mid-Atlantic journey that ends up at one of America's classic cities for food, history, and charm: Charleston, S.C.

The Hamptons to the Jersey Shore

One way south is to head to the Jersey Shore, past Atlantic City, Ocean City, and Wildwood, and overnight in quaint Cape May, N.J., before taking the ferry to Lewes, Del.

Cape May is known for its rows of Victorian homes, including the Emlen Physick Estate, an 18-room mansion that's now a museum. As one of the oldest seaside resorts in America, the town holds something for everyone but staying in town, where you can walk to everything, is best. Check out the Cape May Lighthouse and hike the 199 steps to the top. Still an active navigation aid, the lighthouse is surrounded by trails and interpretive panels about its role in the past and today.

The Eastern Shore of Maryland

One of my favorite places in the U.S. for its abundant water, sailing, birding, and culture is the Eastern Shore of Maryland. Connected to the mainland by the impressive Chesapeake Bay Bridge, part of which is actually a tunnel, the Eastern Shore is all about crabs, oysters, spectacular scenery, and a lot of history.

The heart of Maryland's Eastern Shore is the triangle of towns that includes Easton, St. Michaels, and Oxford. Historic homes have been preserved -- many converted to bed-and-breakfast inns like the Old Brick Inn or the Victoriana Inn, both in the center of town. Arrange a sail out on the bay or visit the Chesapeake Bay Maritime Museum to experience the culture of the watermen and wooden boat building.

Stop to eat at the upscale 208 Talbot Restaurant or the casual Gina's Cafe (for absolutely fantastic blue-crab nachos) in St. Michaels. In Easton, try Scossa or Alfredo's for Italian and then cruise to Oxford for the best ice cream -- possibly in the world! -- at the Scottish Highland Creamery, where you won't believe the flavors and freshness.

Heading away from the Talbot County triad of towns, you can explore Tilghman Island, Cambridge, or Smith Island. Smith Island catapulted to fame after a 2008 New York Times feature about its regional 10-layer cake recipe, a treat made to pack in a waterman's lunch bucket.

Anyone who has read Marguerite Henry's books on the magical, wild-roaming, big-bellied, short-legged horses will want to see them in their habitat -- and it doesn't take long to get there. Enter Assateague Island from the northern Maryland gate. The white, gray, brown, and dappled ponies walk up to cars, wander in packs, and delight everyone who drives by slowly with wonder.

Camping on Assateague is an overnight option, as are a number of chain motels around the outside of the park. Then, head farther south to Chincoteague and amble around town, kayak, or stand-up paddle in the bay before grabbing some Sandy Pony Donuts, a classic treat of the area.

The Eastern Shore of Maryland and Virginia gives way to the Outer Banks of North Carolina. Here, you can choose to continue along the coast or head inland to Raleigh or Durham, and walk around the regal campuses of Duke and the University of North Carolina. Nearby Apex is one of those old, restored towns full of locally owned restaurants, boutiques, and wine bars.

Wilmington, N.C., recently made famous as the locale for TV shows like "Dawson's Creek" and "One Tree Hill," is also a vibrant city of culture and history. For a lovely exploration of southern gardens, don't miss Airlie Gardens or the Arboretum at New Hanover County. The revitalized Wilmington Riverwalk, which runs along the Cape Fear River, offers beaches and upscale restaurants like the George on the Riverwalk, Pilot House, or Elijah's. For more casual offerings try the Scoop Sandwich and Ice Cream Shop or Paddy's Hollow Restaurant and Pub.

Crossing into South Carolina is the perfect opportunity to drive along the famous shores of Myrtle Beach, Murrells Inlet, and Pawleys Island before hitting Charleston -- truly one of the great southern cities, combining unique architecture, southern charm, and cuisine that is so unique and refined.

The first thing to do is take a carriage ride (or two). To keep the streets less crowded, the tours are staggered and take different routes. Interestingly, Charleston has a system that makes sure the horses' poop is off the street in minutes, with the driver alerting the office through his "poop" GPS.

The carriage rides give you a fantastic and enthusiastic overview of a city that deals frankly with its slave trading history and its later reform and rebuilding. Dining comes in many forms, but in Charleston, you want seafood and regional dishes. Famous outposts include Hall's Chophouse, Circa 1886, the Charleston Grill, and the Peninsula Grill. There are plenty more casual-dining establishments that focus on low-country cuisine, like Poogan's Porch and 5Church, an unusual spot in an old mariners' church.

Drink a mint julep, eat shrimp and grits, and enjoy being part of the Old South for a couple of days, before the reality of home calls you back up north.