Settling onto languid Salt Cay — then into the water to greet the migratory humpback whales. 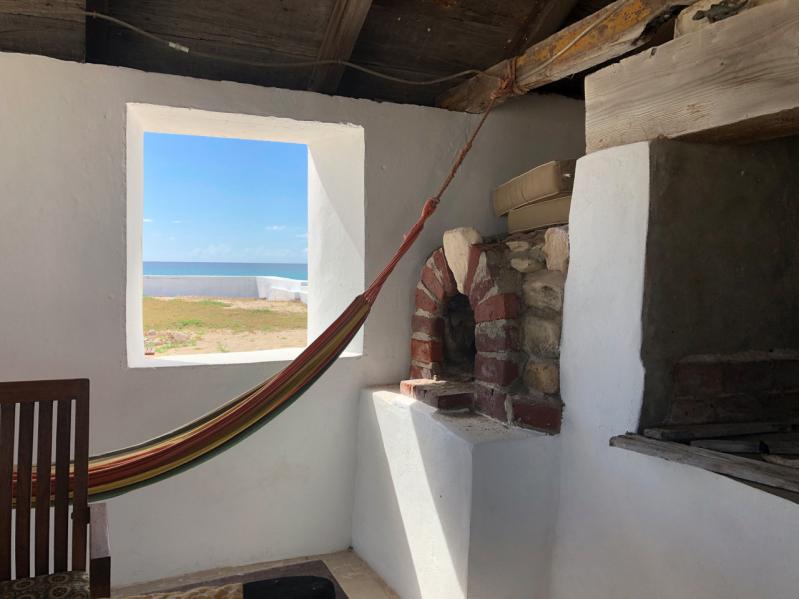 The charms of Salt Cay, a small island in Turks and Caicos with hard-baked ground and little shade, hammered by hurricanes, and cut off from many of the conveniences of daily life, will not be immediately — or ever — apparent to some.

The so-called Island That Time Forgot is not for everybody. The roads are rough and unpaved; transportation is mainly bicycles and golf carts. Water can be scarce, and there’s a constant whiff of dung on the wind from the feral donkeys and cows that make the island home. What Salt Cay offers can be more than enough: turquoise crystalline water at deserted beaches, flamingos in the creek, humpbacks offshore. Green-flash sunsets and an ocean under stars. Interesting history and lovely folk.

But, everybody: Don’t go there. This small throwback, about three square miles, could too easily be washed over by development that would erase its atmosphere.

The island, bordered by shallows that drop down more than a mile deep at “the wall” just offshore, has a watery core: the stone-bordered salinas — salt pan — from a once-vibrant salt trade dating to 1678, when enslaved salt rakers arrived from Bermuda. A system of sluices, canals, gates, and walls forms a geometric pattern transecting the salt ponds that draw wading birds.

The ambient sound is of waves, a constant ebb and flow that syncs with your heartbeat like the breath in and out of a curtain at an open window. It’s not long after arrival on Salt Cay that that feeling takes hold. You have to slow down and let the island’s charms pile up, accumulating like sea wrack and foam on an active shore.

As on many islands, time is different on Salt Cay. There’s a long memory of the history of the place and its people, and plenty of island stories.

Two years after the latest devastation from back-to-back hurricanes, 19th-century structures remain, both intact and in ruins, and many houses — the ones that weren’t leveled — are for sale.

A tiny nine-passenger plane flies in and out a few days a week. Most goods come from nearby Grand Turk island. Salt Cay’s couple of dusty shops sell a handful of things. Once you arrive on Salt Cay, you have no choice but to drop in to its pace, to the island way of doing things.

If you want dinner out, you visit the cook at one of the island’s three eating spots in the afternoon — or you’re out of luck that night. You might see Miss Nettie on Saturdays when she makes bread, or catch Uncle Lionel or Jagan down at Deane’s Dock when they get back from fishing, and buy a vegetable to cook for dinner over a driftwood fire, as we did, in a historical outdoor “Bermuda kitchen.” 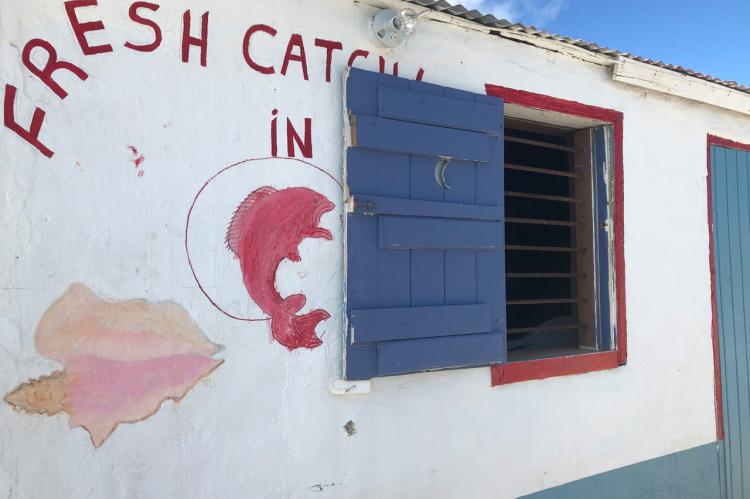 Nightlife on Salt Cay? Mostly it’s the challenge, after a rum punch or two, of biking home under the incongruous streetlights along Victoria Street and avoiding a spill onto the fist-size rocks, or negotiating a way around a blockade of donkeys and long-horned steer while driving a golf cart.

At Dunscombe Point, rocks form a wave break protecting a community swimming hole. Bordered by riprap and cement stairs, the pool surges with the swells. Waves fill the crannies of the limestone ledges with little drips and waterfalls, a sound of quiet and motion at once, a cycle of fullness and emptiness. There are darting blue fish, shore-edge chitons, and scrabbling crabs, and a beautiful range of sky and water blues.

The full orange equinox moon rose over the salinas one night in March as I rode along the dirt road, and donkeys clopped alongside. A group circled up an inch from me, the little one nuzzling at my hand.

With perfectly clear water offshore — an easy view to the bottom at 60 feet— and the deep Columbus Passage nearby, Salt Cay and the other Turks and Caicos islands are a diving destination. But I went for the whales.

From January through March, humpbacks that migrate south from summer feeding grounds off New York and New England are off Salt Cay, passing by or lingering to mate, calve, and nurture their young. Even from shore you can spot their languid, rhythmic blows, a visible exhale of mist rising from the surface of the sea, and perhaps a breach — a whole whale body, 60 tons, heaving itself airborne and splashing back down into the sea.

On whale-watching trips, when you might get up close or even snorkel with the whales, you can spot their charcoal shapes in the bright blue, the great long stretch of their white pectoral fins shining underwater.

Males group together to vie for mates, circling and flipper slapping, or serve as a lone escort to a mom and her calf, and cautious mother humpbacks hover while their little ones learn to mimic them.

With a hydrophone dropped overboard you can hear the males from miles around singing their repetitive songs, echoey hypnotic moans, sighs, squeaks, and whistles.

I went offshore three times this year from Salt Cay, on three different boats and in some challenging swells. On the last day, finally, I slipped into the water and quietly swam toward a nearby mother-calf pair. The visibility was a little murky, but as I turned left, there, just ahead and below me, was the white, knobble-edged fin of the adult whale, an abiding vision.

There are no hotels on Salt Cay, but rental cottages can be found on sites such as Vrbo and Airbnb. InterCaribbean Airways flies to Salt Cay, via Grand Turk, from Providenciales (Provo) Airport in Turks and Caicos a few times a week, and several major airlines offer regular flights from New York City-area airports to Provo.

Salt Cay Divers is the only business offering whale-watch trips from Salt Cay. Deep Blue Charters on Grand Turk offers whale-watching trips that visit the waters off Salt Cay, and its professional staff works in concert with the Marine and Coastal Ecology Research Center collecting data for whale research.

—
Joanne Pilgrim, a poet and prose writer who covered the news for The East Hampton Star until 2018, has spent many happy days offshore in New York and the Gulf of Maine assisting in humpback and finback-whale research. 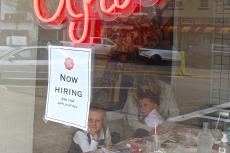