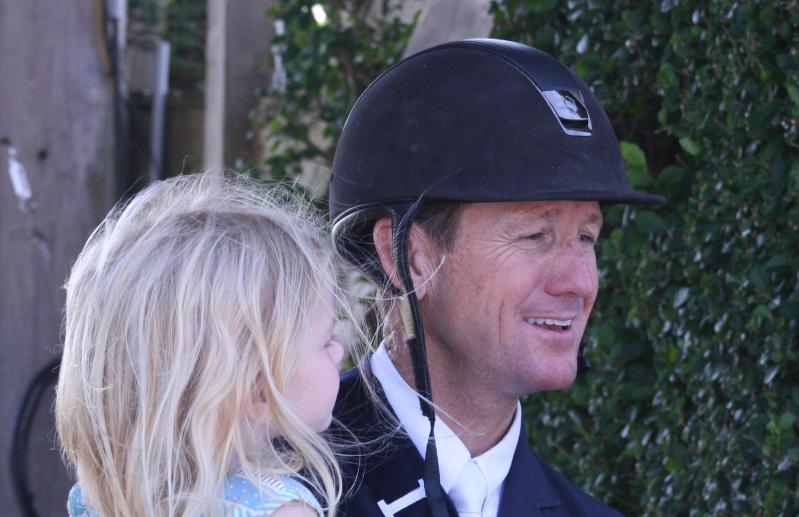 McClain Ward at the 2018 Hampton Classic with his daughter, Lily
Jack Graves
By Jack Graves

Five equestrians who have competed in the Hampton Classic's Grand Prix -- McLain Ward, Kent Farrington, Laura Kraut, Jessica Springsteen, and Lucy Deslauriers, as an alternate -- have been picked to represent the United States in the coming Tokyo Olympics' team show jumping competition.

"We are extremely excited," said Shanette Barth Cohen, the Hampton Classic Horse Show's executive director. They "have all been successful at the Classic and we couldn't be any prouder."

"McLain and Lucy have confirmed that they will be at this year's Classic, while the others are waiting until after Tokyo before finalizing their plans," Cohen added. "We will be cheering all of them on at the Games and we look forward to welcoming at least some of them to the Classic after they return."

This year's show, at the Snake Hollow Road, Bridgehampton, showgrounds, will be from Sunday, Aug. 29, to Sunday, Sept. 5.

Farrington, 40, who has two Hampton Class Grands Prix wins to his credit, in 2012 and 2013, has made the Olympic team for the second straight time. Ranked fifth in the world at present, he is the United States' top-ranked rider.

It will be the third Olympics for Laura Kraut, 55, and the first for Springsteen, 29.

Deslauriers, 22, is one of two alternates. She was edged by her father, Mario, in a jump-off that decided the 2019 Grand Prix winner at the Classic. She would have beaten her father had she and Hester not had a rail down at the last fence.

Ward of Brewster, N.Y., who has been a dominant rider on the Grand Prix circuit since he was a teenager, is to ride Contagious, a 12-year-old Deutsches Sportpferd gelding owned by Beechwood Stables L.L.C. at the Olympics, whose show jumping competition will be from Aug. 3 to 7.

Farrington of Wellington, Fla., is to ride Gazelle, a 15-year-old Belgian warmblood mare owned by himself and Robin Cleary Parsky.