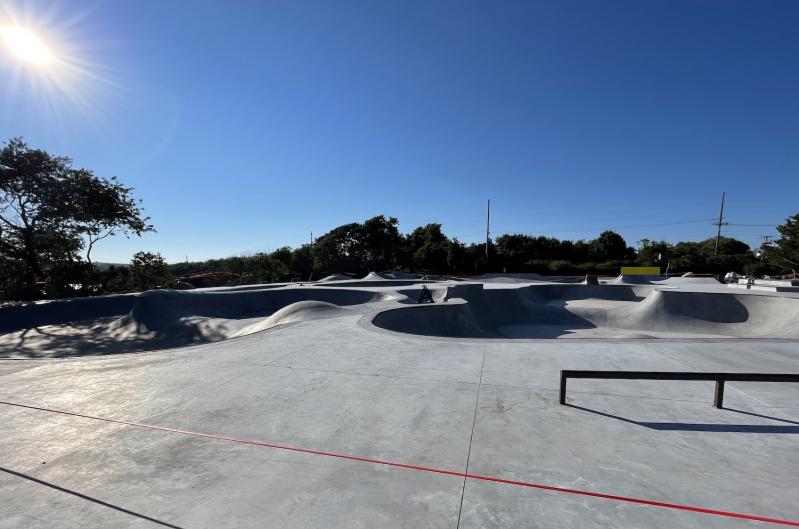 The Lars Simenson Skatepark, on South Essex Street in Montauk, will reopen Friday after an extensive renovation. A ribbon cutting and barbecue will happen at 6 p.m.

Enthusiasm has been running high as the project neared completion: East Hampton Town Councilman David Lys, the town board's liaison to the project, provided updates at the town board's meetings of July 19, Aug. 9, and Aug. 18, usually adding that, while its reopening was imminent, the park remained off limits. The reopening date was announced last week.

The skate park, an inground swimming pool-style structure with multiple concrete ramps, was constructed in 1999. It was renamed in 2010 for the Montauk and Springs resident, a skateboarding and surfing enthusiast who died in an accident in 2007 at the age of 18.

The park's original design was by the late skateboarder Andy Kessler, a pioneer among the sport's New York City aficionados who died near Montauk in 2009. Though a re-envisioning and expansion was first discussed shortly after Mr. Kessler's death, it wasn't until 2020 that the town established a dedicated reserve account for its renovation.

The renovation and improvements, which began in March, followed a successful fund-raising effort. Momentum began to build early last year with the town's acceptance of an engineering proposal for the park's expansion. The town bonded for $250,000 in March of that year.

The Montauk Skatepark Coalition registered as a nonprofit organization last September. A Skate Day at the park and an art auction collectively raised $95,000 toward the renovation, while three other skateboarding events at the park, including competitions and a skate day for girls, raised more. A Labor Day weekend fund-raising event at the Surf Lodge in Montauk brought in more than $30,000.

But more than 335 individual donations, small and large, put the effort over the top. Two hundred and twenty people donated through a GoFundMe campaign and around 70 people bought more than 110 pieces of donated artwork. A vintage truck was raffled, and by September, $1.3 million, including $280,000 allocated by the town, had been raised, enough to proceed with a bid solicitation for construction.

The coalition continues to raise money for the park to support its upkeep and programming.