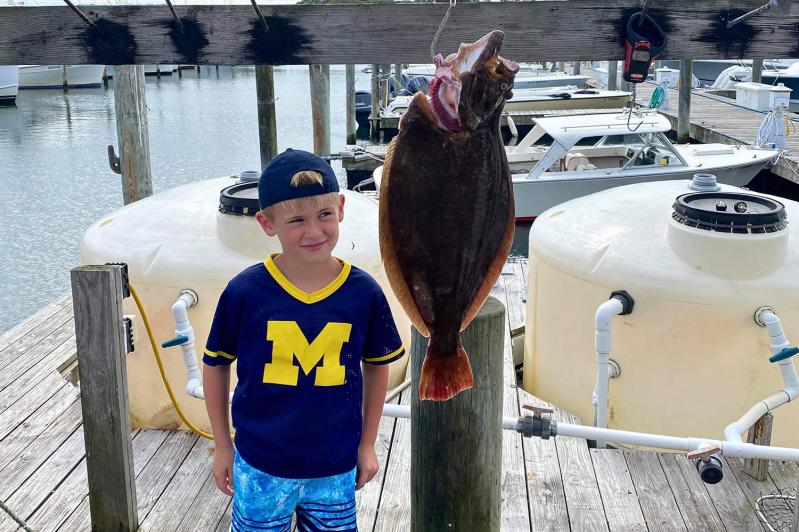 "We're going to get creamed," said Rick Pickering, the longtime owner of Ship Ashore marina in Sag Harbor, as I got out of my Jeep Wrangler to check on my boat on Friday morning.

Pickering had his game face on. There was none of the casual chitchat he usually engages in. He gathered dock lines inside his large storage facility, as Henri gained strength about 700 miles south of Long Island.

Pickering's words caught me a bit by surprise. Before leaving the house, I had checked the Weather Channel, which had the storm situated about 100 miles east of Montauk in about 48 hours -- still a close call for our area, but seemingly far enough away not to cause heavy damage.

"I just saw that the hurricane track has moved westward," he warned. "It's coming toward us. If you want your boat pulled, talk to Adrian or Lisa." Adrian is Pickering's son, while Lisa Hannigan is the office manager.

As his words sank in, my first impulse was to retrieve all of my lobster traps. Given the forecast for prolonged high winds, I was not confident they would survive the wrath of Henri, which had been upgraded to a hurricane by Saturday morning. At a cost of $75 per trap, I decided that losing them wasn't worth the risk, especially since the season comes to a close on Sept. 8.

Like the literal calm before the storm, Saturday morning dawned bright with nary a breath of wind. It was hard to fathom that a major storm would be on our doorstep 24 hours later.

It was a different story at the marina, where there was a hurricane-like level of activity everywhere as boats were being hauled out at warp speed.

Just a day earlier, about half a dozen boats sat high and dry in the expansive yard, mainly for maintenance reasons. But by Friday, a large portion of the boatyard was filled with vessels of all sizes. People were taking Henri seriously. It was going to be a long day for Pickering and his team.

The ride to the lobster grounds was uneventful. It took about an hour to bring all of the gear aboard my stern deck. The lobster catch itself was rather meager, but enough was captured for a dinner or two. Over all, it was not the most productive of seasons. Still, I was able to put aside a few packs of lobster meat in the freezer for a midwinter treat.

When I arrived back at my slip, there were several boats waiting patiently in line for their turn in the travel lift. Normally I would immediately offload my traps at the haul-out area, but that was impossible that day. There were other priorities.

Deciding to ride out Henri at my slip, I doubled up on all of my dock lines and added several additional fenders to the starboard side of my boat. She would be secure as best as possible. I was willing to roll the dice and hoped that Mother Nature would be a bit gentler than what many were predicting.

By Sunday morning, it was clear that we had dodged a bullet. Henri tracked just to the east of Block Island. It could have been much worse. Weather is not an exact science, and even with all of the advances in meteorological technology, there will still be surprises. In the case of Henri, it was a most fortunate one.

As for the fishing scene, it will take a bit for the seas and surf to settle down enough to get an adequate view of where things stand. By this weekend, we will have our answers.