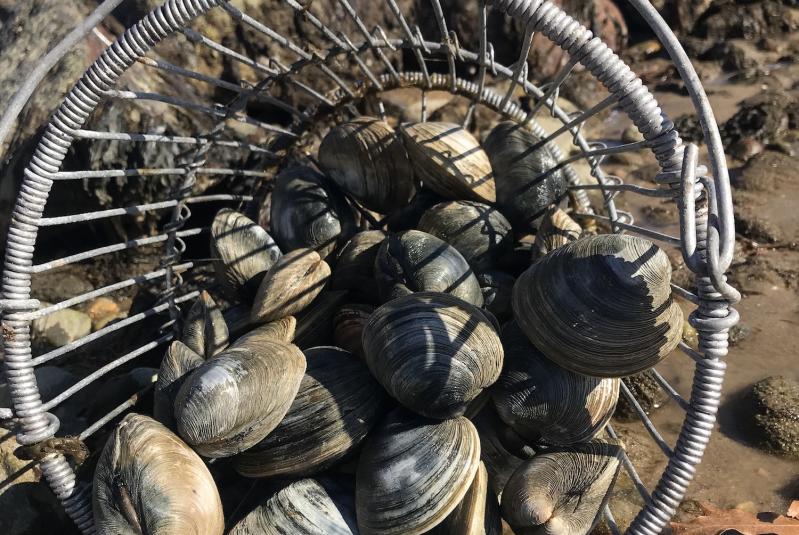 Before the fishing scene gets into full swing over the next few weeks, there are a few things that bear reminding for those who ply our waters with a rod and reel and more.

Looking to fish "up front" under the famed Montauk Lighthouse? Cross it off your list, as a two-year project to safeguard the Lighthouse from erosion is in its early stages, after the federal and state government awarded a $31 million contract for a long-planned revitalization project over the winter. Under the auspices of the Army Corps of Engineers, the project consists of removing and reusing existing 5 and 10-ton armor stones, placement of new 10 and 15-ton armor stones, and providing slope stabilization with terracing and vegetation above the upper crest of the 1,000-foot-long revetment. It's a big job.

When commissioned in 1796 by George Washington, the Lighthouse stood 300 feet from the receding edge of the bluff. It now stands 100 feet from the edge, and its deteriorating stonework revetment is the only thing left protecting it from being lost to the ocean.

Speaking of tidying up, the Montauk Surfcasters Association will conduct its annual beach cleanup around the Lighthouse on Saturday. Anyone interested should meet in the upper parking lot at 10 a.m. The group recently conducted a successful cleanup of the beach at Orient Point State Park. Nobody likes a dirty beach.

On the fishing side, surfcasters, or any anglers focused on the pursuit of striped bass should be aware that circle hooks are now required when fishing with bait. This new requirement, enacted by the New York State Department of Environmental Conservation, is intended to increase the survival rate of striped bass in the recreational fishery.

Circle hooks will not be required when fishing with artificial lures, whether or not they are tipped with bait. Anglers are encouraged to visit the D.E.C.'s Best Practices for Saltwater Fishing webpage for more information on circle hooks and fish handling tips. Note that the recreational slot limit for striped bass once again is 28 to 35 inches, and the season is open until Dec. 15. The possession limit is one fish per angler.

To catch those bass, as well as any saltwater fish in New York, anglers 16 or older are required to get their recreational marine fishing license from the D.E.C. The license is good for one year and is free by emailing the D.E.C. or by phone at 1-866-933-2257. However, if you fish aboard a party or charter boat, the license is not required.

On a final note, clams, oysters, and other bivalve shellfish are filter feeders, which means they feed on plankton and micro-organisms they strain from the water. As temperatures rise, naturally occurring bacteria found in our waters can potentially grow to unsafe levels in shellfish. A common bacterium that is found in our coastal waters is Vibrio parahaemolyticus, which generally thrives during warm water conditions and can rapidly increase in shellfish during warm air temperatures. As such, after you have secured your proper shellfish permit, it's important to keep your shellfish cool after harvesting.

The D.E.C. recommends that shellfish be kept shaded or out of direct sunlight while harvesting and never be placed in standing water. Shellfish should only be kept over ice and all melted ice should be regularly drained or be placed in a container that is self-draining. Once harvested, put shellfish in a cooler or refrigerator as quickly as possible. Trust me, there are few things worse in life than consuming shellfish that have not been properly handled and stored. Practice safe shellfishing.

Cold, strong northwest winds late last week ironically provided a nice opportunity to take advantage of some very low tides and to dig for clams. It was easy to gather up a couple dozen hard-shells that we savored stuffed back in their shells or simply iced down on the half shell with a gentle squeeze of lemon.

Those winds, however, were also a detriment, as fish reports remained scarce on the East End. The only bright spot was that a good number of short bass have shown up on the local ocean beaches.

Harvey Bennett, the owner of the Tackle Shop in Amagansett, noted that one of his customers took to the beach and landed over a dozen bass between 10 and 26 inches with a simple bucktail jig adorned with a rubber tail. "He said that birds were everywhere and that the bass were very close to the beach and he had bass on almost every cast," he said. "As the weather warms up, the fishing on all fronts should continue to improve."