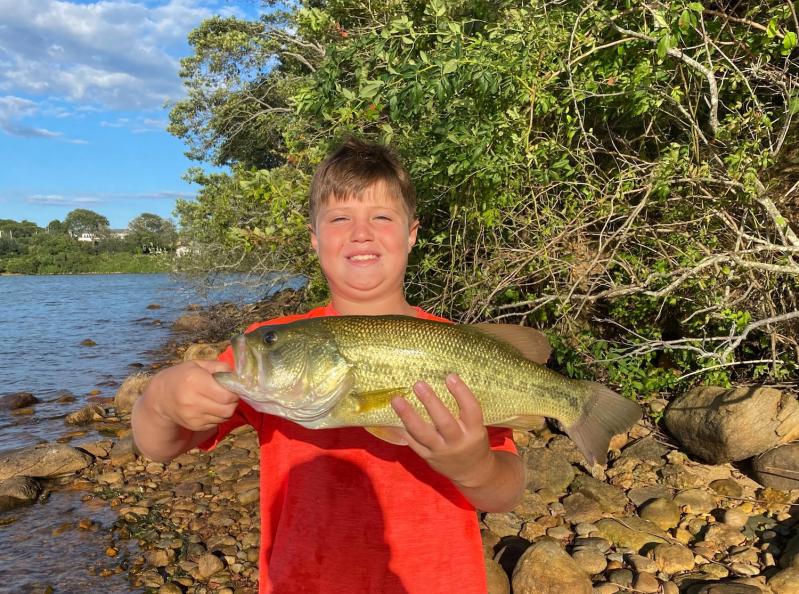 On Friday afternoon I needed to fuel up my boat, Rock Water. Since my last fill-up at the end of June, I had put on around 40 hours on her engine, and she was thirsty for a drink.

The price for diesel six weeks ago was an eye-popping and wallet-busting $6.85 a gallon, but the dock master said it had been $7.19 a week earlier. I took little solace in how fortunate I was. Expensive is expensive.

While I knew that the price of fuel had come down over the past month or so, I was still prepared for a dose of sticker shock on Friday.

It’s kind of hard to feel good that diesel was a smidge below $6 (gasoline was $5.73 by the way), but it was a welcome number to process. Note to self: According to my logbook, last year at this time I paid $4.55. Still not cheap.

That said, I do need to put things in proper context. As any owner of a power boat knows, fuel is just one part (actually a very small part) of the overall expense of the craft. Other expenditures like dockage, insurance, maintenance, and other factors, significantly overshadow the bill at the fuel dock.

“Fuel prices are through the roof, but at least they have come down a bit,” confirmed Capt. Harvey Bennett, the former owner of the Tackle Shop in Amagansett. Bennett also said that he has noticed there are fewer boats on the water this season, and attributes that partially to the cost of fuel.

“It’s not just gas, but inflation on just about everything is playing a part in people watching what they spend,” he noted. Food prices, car prices, and air travel are just a few of the things affected. “Most people are affected by all of this, and this includes boaters.”

On the local fishing scene, Bennett, who continues to take people on local surfcasting excursions and nature tours, said that the midsummer heat has brought in a plethora of warm-water fish, such as cobia, triggerfish, several varieties of sharks, and even a tarpon or two.

“Lots of different sharks are being caught off the beach,” he said. “There are some dusky, sandbar, and brown sharks, but also a few spinner sharks too.” He added that baby bluefish, also known as snappers, are also being caught in regularity on the bay side in many creeks and harbors.

“The snappers are getting bigger every day,” he observed. To book a trip with Bennett, he can be reached at 631-324-7770. He is also guaranteed to provide some interesting and colorful history of the area, as well as great fish stories from the days of yore.

Over at Tight Lines Tackle in Sag Harbor, the owner, Ken Morse, confirmed that small brown sharks and dusky sharks are roaming about the

ocean wash at night. “Seems like quite a few are around and are taking baits usually meant for striped bass,” he said of the catch-and-release action.

Elsewhere, Morse said that porgies and weakfish are still running well in Noyac Bay, and that cocktail blues have shown up in the rip at the north end of Jessup’s Neck. Diamond jigs have been the lure of choice for anglers seeking the blues on the incoming tide.

“I also received a few reports of some fluke being taken on the outside of Cedar Point, but most are shorts,” he added. For those seeking striped bass, Morse said that the farther east one travels the better the catches. “Closer to Block Island seems to be holding most of the fish, but Montauk still has plenty of action and many are still oversized bass,” over 35 inches.

Sebastian Gorgone at Mrs. Sam’s Bait and Tackle in East Hampton echoed Morse in that striped bass fishing remains strong off Montauk, as well as areas closer to Block Island. “I’ve been selling plenty of live eels for bait too,” he said. Bass have a particular epicurean palate for eels.

Closer to home, Gorgone said that blue-claw crabs continue their strong run in Three Mile Harbor and that porgy fishing remains good, if a bit erratic. “Some days the fishing is just great, and then the bite will slow down for a day or two,” he said. Elsewhere, he said that weakfish and some fluke are being taken to the west near Cedar Point.

Speaking of fluke, when wind and tides work favorably (running in the same direction), the action out at Montauk remains strong, with many anglers retaining their four-fish daily limit. Open boats such as the Miss Montauk II, Montauk Star, Ebb Tide II, and Lazybones have all seen consistent catches with fish up to 10 pounds landed.