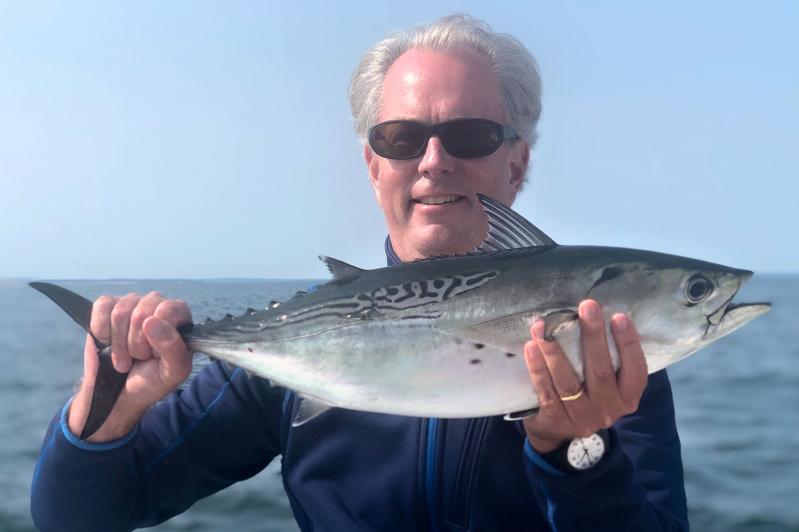 Last Thursday, I decided to do a much-needed cleanup of my boat. Ever since I hauled in my lobster traps for the season about a month ago, I’ve barely used her. She needed a good scrubbing, both inside and topside, where a fine residue of dried salt and dead seaweed seemed to have accumulated just about everywhere.

First things first: Out of habit, I always check the switch to my bilge pump at my helm station. Usually, I find a decent amount of water that needs to be expelled, especially with all the rain we’ve had over the past few weeks.

Pushing the switch to the right, I was met with silence. I had a new switch installed two months ago, so I was surprised to find it unresponsive.

Puzzled, I went down the stairs to the forward focsle, to check the batteries. Turning the on/off knob to the first one, I then attempted to start the diesel engine. Again, silence. At least I found the problem that morning. It could have been worse.

Owning a boat certainly has its ups and downs. Lately, it’s been more of the latter, as I also recently agreed to have the stern deck replaced. With it nearing the 20-year mark since I had her built up in Nova Scotia, the thick plywood deck has gradually turned into a bit of a trampoline. Not good. Plus, it’s been leaking water into my bilge rather heavily the past few years. Another reason I always check the bilge first.

How much it will cost to replace the deck is still an open question. For all I know, there could be some other unforeseen issues when a better look can be had below. Like a good captain, I’m bracing for the worst.

I have my checkbook handy. I already mailed one to the marina for the upcoming winter haul-out and storage fees. Another will be written shortly for the new batteries. And no doubt, I will be writing a few more before the year is over for the deck and whatnot.

The old mariner quote that “a boat is a hole in the water you throw money into” certainly rings true in times like these. It’s just a matter of how much you throw in.

For folks who have boats that are not disabled, the fishing scene continues to be active for multiple species as we enter the fall season.

“More and more false albacore are showing up every day,” said Capt. Merritt White of Gunkholin Charters, a light-tackle guide out of East Hampton. “It’s feeling a little more fall-like with the weather of late. There have been no appreciable striped bass blitzes yet, but that should start soon.”

Out at Montauk, fishing for porgies and sea bass remains strong in many of the usual rocky haunts, and some slot-size striped bass are showing up in the rips to the east of the Lighthouse. Farther offshore, the action on yellowfin and bigeye tuna and mahimahi continues to be hot. And if it’s fluke you want, you better act quick, as the season draws to a close on next Thursday.

“It’s been a good run and I’ve really enjoyed doing this for so many years, but I’m tired,” he said on Sunday afternoon, before heading home to watch his beloved Las Vegas Raiders (they’re still Oakland in my book) beat the Pittsburgh Steelers.

Bennett is uncertain when his final day of operation will be. “It could be in the next few weeks, or it could be at the end of November.” In the meantime, Bennett is running a sale on everything in his store.

“I will miss the business, but at least now I will have more time to hunt and fish,” he said.

Interested in spending time casting in the ocean suds and a chance to pocket some money? If so, you may want to sign up for the Montauk Surf Fishing Classic, which starts at noon tomorrow and concludes on Sunday, when an awards ceremony will take place at the Montauk Lighthouse at 12:30 p.m. As usual, sign-ups and all weigh-ins for the contest will be conducted at Paulie’s Tackle Shop in downtown Montauk. The in-person entry deadline is 9 a.m. on Saturday morning, with an entry fee of $20 per angler.

Boundary lines for the contest are all shore areas east of the westernmost boundary of Napeague State Park. For striped bass, only fish measuring between 28 and 35 inches may be entered in the contest, while the bluefish minimum is set at five pounds. Winners of the striped bass and bluefish categories will receive $750. In the case of a tie, the earliest fish checked in will take the prize.