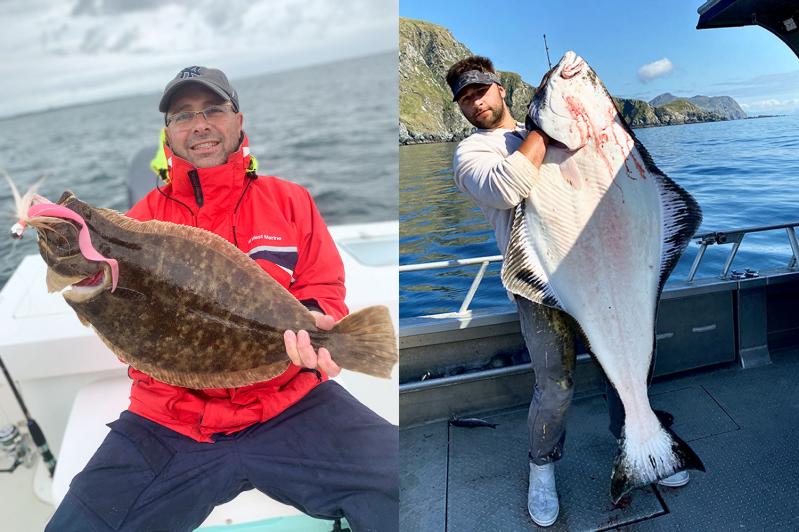 Walking along the weathered docks of Montauk Harbor on Saturday morning, it was nice to see that a great many boats, both of a commercial and charter/open craft nature, were out to sea on a warm, breezy day. About 12 months earlier, it was a totally different scene, as the onset of Covid-19 had limited most fishing activities.

Back then, commercial trawlers were tied up, as fish prices plummeted due to a total lack of demand. Boat operators also witnessed a drop for their services, especially as social distancing practices were closely followed on crafts that carried more than six passengers.

Even by charging a bit more per fare, many sailed below 50 percent capacity. Fishing is a tough business in good times, but it was an even greater challenge during the pandemic to secure much-needed income. Thankfully, that seems to have changed.

When I stopped in at Uihlein's Marina on West Lake Drive to catch up with Henry Uihlein, the longtime proprietor who also owns the motel across the street, it was hard not to notice the constant ringing of the phone, whether at the front desk or from his own pocket. Several employees also scrambled about the grounds addressing various chores or lobbing questions at Henry. It was a hectic scene.

The inquiries spanned from a woman wanting to rent a Jet-Ski, to a young couple looking to secure a center console to do some fishing. Another caller inquired about renting Uihlein's largest craft, a 32-foot Ocean Master, a boat suitable for a longer excursion farther from land. Summer was just around the corner, but it felt as if it had already arrived.

"It's been crazy," Uihlein said from behind his paper-cluttered desk at the back of his shop. "I have over 20 people working for me this summer, and it's always a challenge to keep things running smoothly."

Spry with a slight-runner's build, combined with a welcoming smile, Uihlein, 71, remains hands-on seven days a week at his family-run business, which was started back in 1951. A day off is not in his lexicon.

We had a nice chat. It was a long time coming as the pandemic had put an extended crimp on direct social interaction, but he had many more pressing things on his mind that morning. In such a heavy customer-focused business, it's not easy to juggle multiple items, tasks, and requests, even when the business has been in operation for 70 years.

On the fishing front, Uihlein said that striped bass and bluefish action remains solid near the Montauk Lighthouse, and that porgies and a smattering of fluke are being landed by his customers. As a side note, Uihlein's is once again the home base for the 19th annual Montauk Mercury Grand Slam Tournament. The tourney is slated for July 24 and 25, and it will honor Capt. Steven Forsberg Sr. of the Viking Fleet as the Fishing Legend of the Year.

"Porgy fishing is very reliable and bluefish are still roaming around Gardiner's Bay and at Montauk," said Harvey Bennett at the Tackle Shop in Amagansett. "Keeper-sized bass are in the nearby bays and the blowfish are biting well in Three Mile Harbor. But many folks are waiting for the opening of black sea bass." Anglers can now rejoice, as the season finally opened on June 23.

At Mrs. Sam's Bait and Tackle in East Hampton, Sebastian Gorgone spoke glowingly of the local fishing scene. "Porgy fishing remains strong, along with blowfish, and bluefish are scattered throughout the bays. Plus, I've noticed an uptick in fluke catches near Accabonac. It's been a slow start for fluke, so I hope this means better days ahead." Gorgone added that a few supersize dogfish up to five feet long have been landed in some of the deeper holes in Gardiner's Bay.

"Weakfish are still the name of the game around here," noted Ken Morse at Tight Lines Tackle in Sag Harbor. Morse said that Noyac Bay remains the hot spot for the purple-hued sea trout, with both small diamond jigs or strips of squid fished on a hi-low rig being the most consistent producers.

Morse added that while blue-claw crabs have emerged in greater numbers, the action on striped bass has slowed in recent days, as bay water temperatures have pushed beyond the 70-degree mark. He did say that bluefish remain plentiful, especially on the incoming tide at Jessup's Neck.

Finally, an award in perseverance goes out to Evan Kohn of East Hampton. Kohn, who enjoys going out on his paddleboard on a recreational basis, reached out earlier this year to ask me how and where he could possibly catch a lobster. Providing some basic tips and advice, Kohn then paddled out onto Gardiner's Bay with a single trap in hand, in the hope of enjoying a lobster dinner.

After several weeks of landing nothing but a full trap of inedible spider crabs, Kohn finally hit pay dirt and landed a healthy, keeper-size lobster. As he now knows, there is nothing better than enjoying one's own catch. Well done.